Top Film Festivals to Add to your Bucket List

If you’re a film fanatic, there’s probably nothing you love better than spending your nights and weekends (and even perhaps your working hours) catching up on the latest and greatest movies from around the world. Whether you prefer to stream a variety of flicks through Netflix no matter where you are, or regularly head to your local cinema for some movie time, there are always new and old shows to capture attention.

However, if you also love to travel, one of the coolest ways to indulge your love of the cinema is through attendance at film festivals. There are independent and mainstream events held across the globe each year, attracting established actors, directors, writers and producers, as well as up-and-coming talent.

From cultural Cannes to hip Sundance, and everything in between, film festivals are the place to see and hear about the best new films being released each year, as well as the perfect spot to try and get a glimpse of your favourite stars. Read on for some of the best events around the world you should try to score a ticket to at least once in your life.

If you’re keen to attend a glamorous, and highly prestigious, film event, Cannes should be at the top of your list. Held in May, and running for close to seven decades now, the festival is known as the place where legendary filmmakers are discovered, as well as top films of the season premiered.

Head to this pretty city during the event and you’ll certainly see big-name stars, directors and producers everywhere you look, not to mention breathtaking views of the French Riviera all around as well. Famous faces such as musician Elton John and heavyweight producer Harvey Weinstein also commonly host parties while in town for the event.

Cannes is the premier European film festival, and showcases cinema from around the world, including new blockbusters, independent releases, and re-releases of classic films. During the festival filmmakers battle it out to win the all-important Palme d’Or, a very highly regarded award for the industry. In addition, the festival program also includes a separate Critics’ Week and Director’s Fortnight. 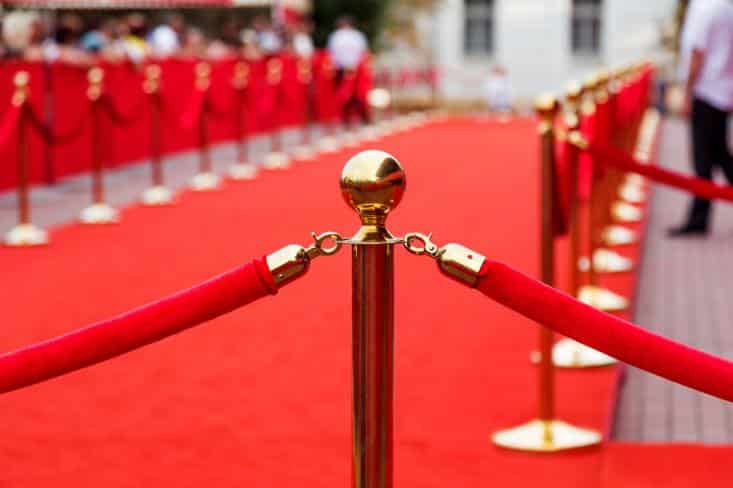 For something a bit different, head to the United States for one of North America’s most prominent film events. Held in January, in four cities around Utah, Sundance began in the 1970s as a way to highlight independent filmmakers in America.

Since that time, the festival has grown into a widely-recognized, 11- day mountain event that draws some of the biggest names from across the globe. Sundance has been led by veteran actor Robert Redford from the beginning, and the festival has brought credibility and awareness to many young filmmakers launching their careers. Some of the names who have been “discovered” at the festival over the years include Quentin Tarantino, Steven Soderbergh, Darren Aronofsky, Paul Thomas Anderson, Kevin Smith, and Robert Rodriguez.

Another popular North American event is the Toronto International Film Festival (generally referred to simply as TIFF). Held each September in the culturally-diverse Canadian city Toronto, the event is often the place where Academy Award-winning films are first premiered to the industry. As such, the yearly festival is added to the calendar of many Hollywood heavyweights. “Time” magazine even once called TIFF the “most influential film festival, period.”

The Berlin International Film Festival, also known as Berlinale, is another established event that has been running for over 60 years. The German festival is held in February, and earlier this year set an attendance record, selling more than 330,000 tickets. Berlinale screens a mix of both new and classic films, and involves a number of hotly-competed competitions for both young and well-established filmmakers.

Related: Twitter Looks at 007’s Other Adventures with #LesserBondMovies

One of the hippest and most anticipated film festivals of the year is Tribeca. The April event is held in New York City and was originally created after the 9/11 terror attacks to help rebuild and reinvigorate downtown Manhattan. Since then, the festival has become one of the industry’s most star-studded events and draws people from around the world. The vast influence and business savvy of one of the co-founders of the event, Robert De Niro, has no doubt played a significant part in the credibility attached to this annual film festival.

Italy’s premier film festival is another incredibly popular event that is never short of famous faces. The Venice Film Festival, held in September, has no problem attracting A-list names every year — no doubt in part to the stunning location of the event. However, the festival also has longevity behind it, with over 70 years worth of events making it the longest-running international film festival in the world.