Rejoice, Youtubers! Your hard work, dedication to the medium, and 100% zany, authentic attitude can now be rewarded not just with cash or the adulation and love of your fans, but with your likenesses immortalized as wax figures.

Jenna Mourey, better known as Jenna Marbles, and the duo SMOSH will soon be gracing the hallowed halls of the Madame Tussaud’s Wax Museum in New York. This makes Jenna Marbles the first social media icon to join the museum.

I’m so beyond honored and excited that @nycwax is making me into a wax figure!! In October at their Times Square location you can come take selfies with wax me and grope da butt all you want. The grope zoo will officially be open ? jk but seriously this is probably the coolest thing that has ever happened I’m just so completely floored by this and thank you so much @nycwax

SMOSH members Anthony Padilla and Ian Hecox unveiled their own figures before the premier of their feature-length film “SMOSH: The Movie”. Both announcements coincided with VidCon at the Annaheim Convention Center, which ran from July 23 to 25. The figures themselves will debut in San Francisco before going on tour at other Madam Tussaud’s locations. 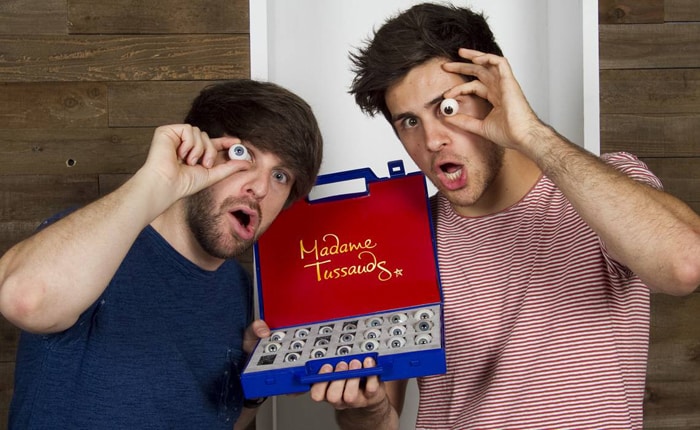 SMOSH’s unique brand of influence span through a number of networks, including gaming and comedy videos, attracting the love and loyalty of over 30 million subscribers.

Jenna Marbles has over 15 million dedicated subscribers with her comedy running the gamut from her drunk makeup tutorials, what the sexes might be thinking about during sex or driving, how to avoid unwanted attention, and some appreciation of her dogs. Her videos have already earned up to the billions in views, and counting.

Transgender Youtuber Jazz Jennings To Star in “All That Jazz” [Video]