Bulimia.com is a support organization for people struggling with eating disorders. Yesterday, they tried to call attention what they say are unrealistic body image depictions in video games. Using measurements from average women, they photoshopped female characters to have more realistic proportions.

“Some gaming studios boast their hyper-realistic lighting techniques, touting natural cloud movements as the latest features of their games,” Builimia.com wrote on their website. “And with that kind of attention to detail, it makes us wonder, why can’t they accurately portray the female body?”

The organization gave superheroes the same treatment back in March, and now they’ve taken on such beloved female heroines as Halo’s Cortana, Tekken 5’s Christie Montiero, and Mortal Kombat’s Jade to represent what they say are the average American woman’s measurements. 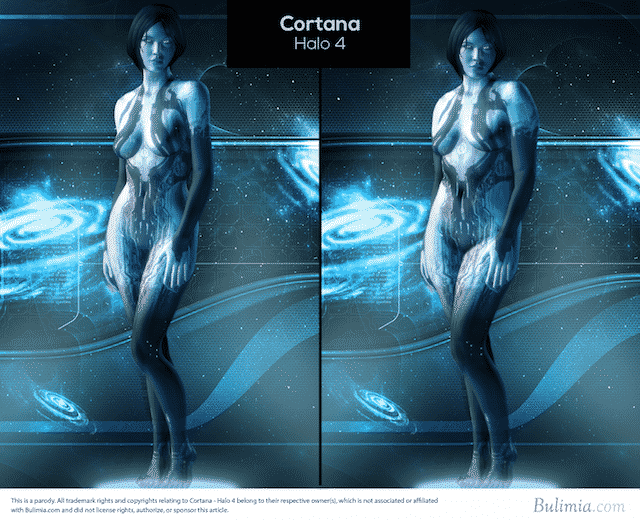 The most iconic character in the group is the star of the Tomb Raider series, Lara Croft. 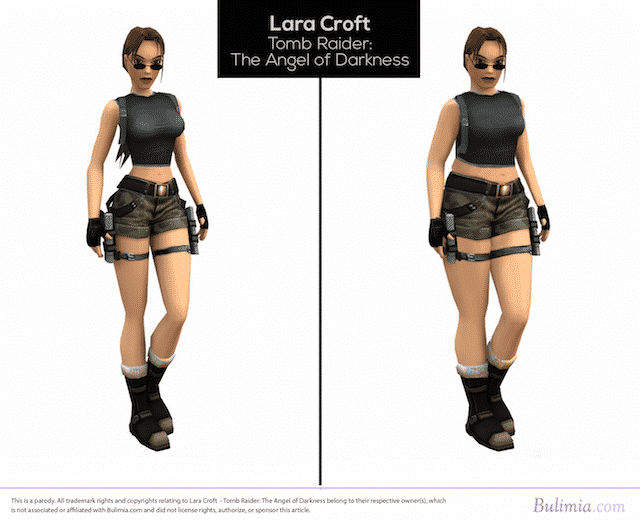 For their rendition, they chose to use an older version of her character design. In the 2013 version of Tomb Raider, developers toned down her hyper-sexual appearance.

“We chose her old character because of how iconic that iteration of her was, specifically for the objectification debate,” a Bulimia.com spokesperson told Motherboard. “If you look at how her form has changed from the original, it’s clear developers are listening to feedback from consumers. They’re definitely moving in the right direction.”

Other photoshopped characters include the Bikini Girl from Grand Theft Auto and Jade from Mortal Kombat. 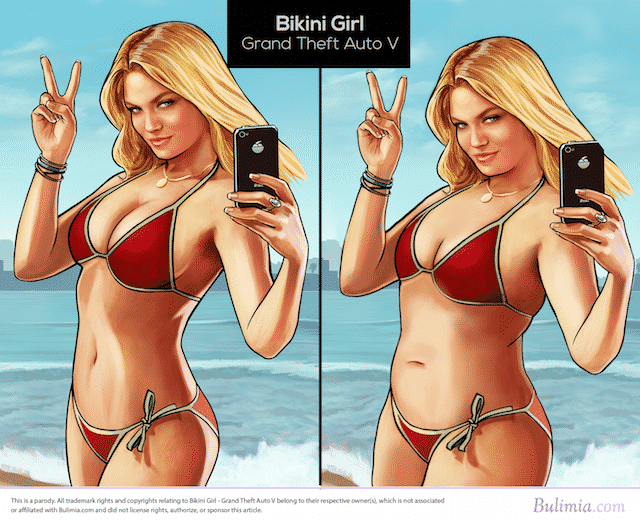 “Girl gamers—especially young ones—could develop a skewed image of how the female body should look,” Bulimia.com wrote. “This might mark the beginning of obsessive thoughts about their own bodies, and self-questioning as to why they don’t align with their perceived ideal.” 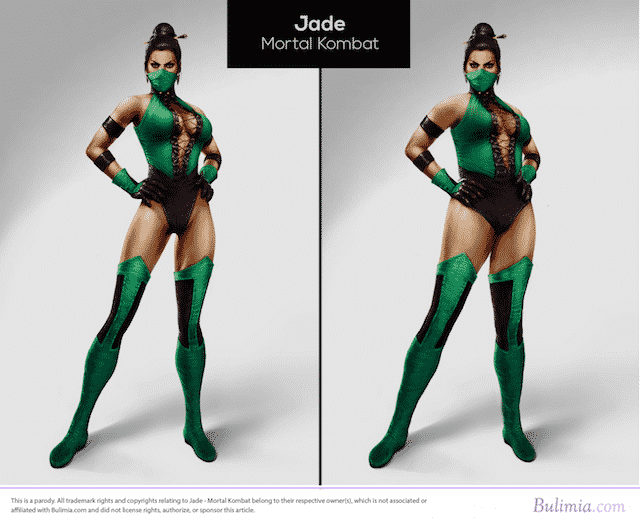 “The scope of impact goes way beyond the people playing the games,” a Bulimia.com spokesperson said. “Every doll-like character they design is harming cultural perception of the female body, and in turn the women they care about. In fact, a recent study by Rosalind Warren explains it’s not even something male players want to see. There’s no reason this can’t change.”