Diner Owner Under Fire After Screaming At Toddler And Facebook...

A Portland, Oregon diner owner is under scrutiny after an incident at her establishment.

Darla Neugebauer, owner of Marcy’s Diner in downtown Portland, is used to a crowded restaurant on the weekends, but on Saturday she found her breaking point. Now, Neugebauer is defending her actions.

According to Neugebauer, it was a busy Saturday when a family came in with their toddler. They ordered the hungry toddler three adult-sized pancakes, which take longer to prepare. By the time the pancakes were ready, the child was already pretty cranky. Once the pancakes were at the table, the parent’s were ignoring the child’s cries for the food. After several attempts to get the family to leave or comfort the child, Neugebauer slammed her hands down on the counter and told the toddler to be quiet.

She also took to Facebook to rant about the incident. 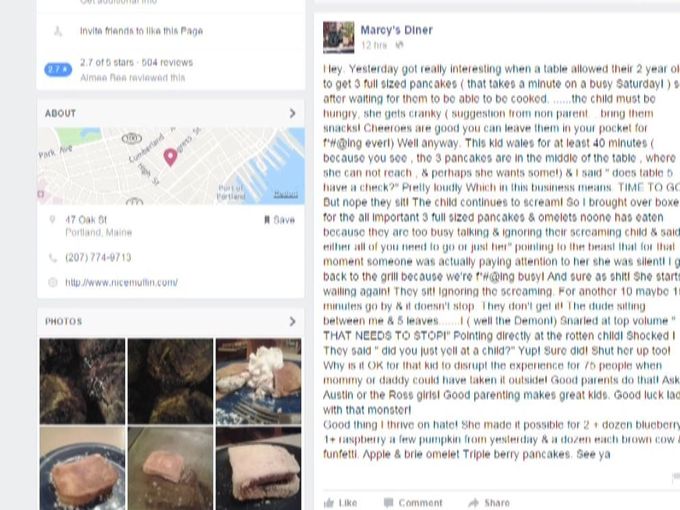 After the family left, the mother of the child also took to social media to write about the story on the diner’s Facebook page. 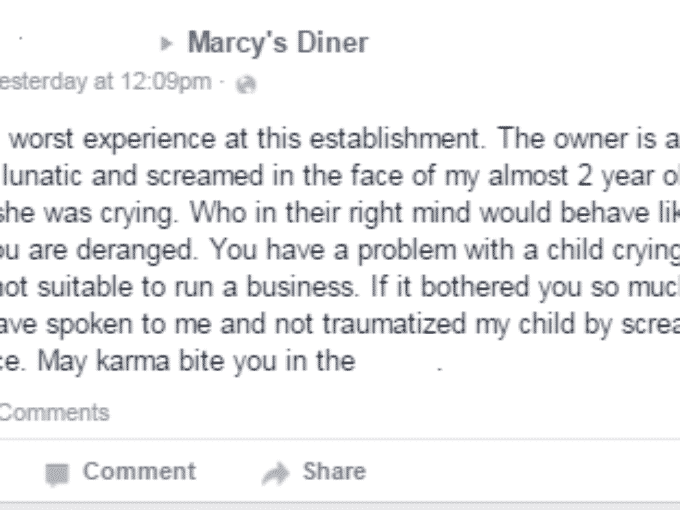 Neugebauer responded under the diner’s profile, “You are lucky I didn’t get really *blank* nuts because being physical is not something I cower from.” 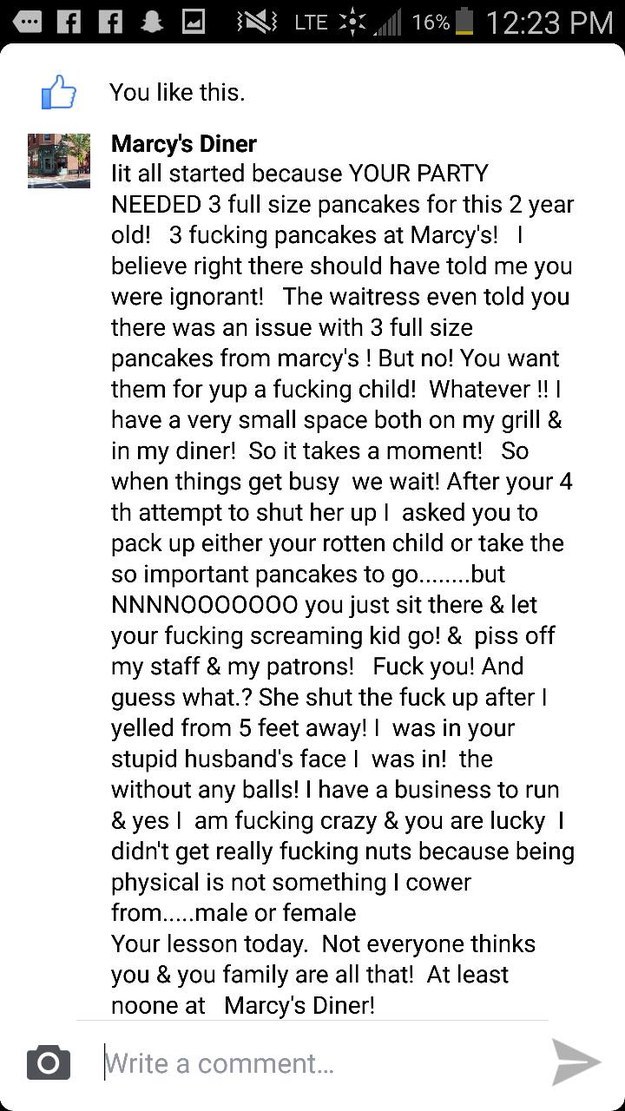 Neugebauer understands that she may have acted wrong, but she stands by her actions. Many are still angry at her actions, vowing never to visit the diner again.

“Life’s full of choices and you’ve got to live with all of them. I chose to yell at a kid, it made her shut-up, which made me happy, it made my staff happy, it made the 75 other people dining here happy, and they left, they may never come back, other people may not come in. Their loss really,” Neugebauer explained. “Sorry isn’t the right word. I might have used poor judgement. I wouldn’t say I was sorry, because it stopped. When things stop, it’s usually a good thing.”

The parents, Tara and John Carson were able to share their side of the story as well.

“I turned to my daughter and I was like ‘Listen, this is how I’m raising you not to be as an adult. Like, you will never be like this when you get older,'” she said. “I felt helpless as a mom that, you know, I couldn’t do anything to help her, because I can’t explain why there’s crazy people in this world that behave like that.”

That Moment When Your Dinner Comes Alive [Video]