Earlier this week, Potterheads have been abuzz with this one burning question: Just how much does an education at Hogwarts cost?

Kevin O’Keefe of Mic.com and a number of sharp fans over at the Harry Potter Wiki, their number-crunching endeavors and guesstimates all boiled down to the dizzying sum of $43,031, inclusive of robes, wizarding or withing supplies. (familiars, healthcare, dental, and other miscellaneous fees and/or taxes not included.) 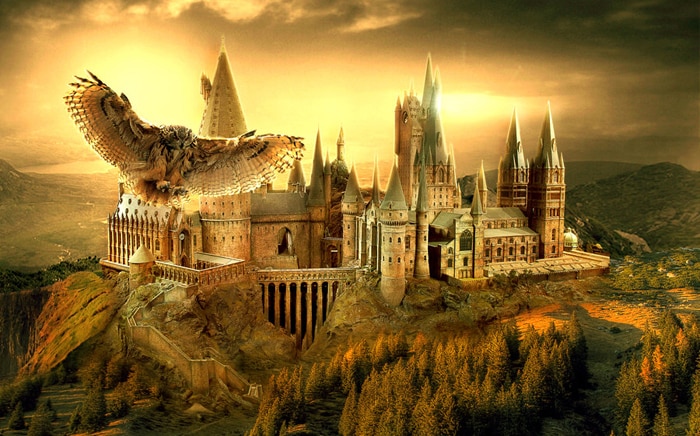 Indeed, even the ridiculously well-off Malfoys would be hard-pressed to cough up such a sum, and it would be unthinkable how the Weasleys managed to send their entire brood in for a quality Hogwarts education. Was it “Accio scholarship”? Magical parents juggling jobs and doubling shifts? Staggering wizarding world student loans? the horror!

thankfully, J.K. Rowling stepped up and finally settled the matter once and for all.

@emmalineonline1 @micnews There’s no tuition fee! The Ministry of Magic covers the cost of all magical education!

Potterheads around the world rejoiced.

Faculty members and staff, too.

.@kevinpokeeffe The Ministry of Magic thanks you for allow them to clear that up, Kevin.

Mic.com followed suit, as ’twas the honorable thing to do.

@micnews Far be it for me to tell you Muggles what to do – but yes. You do.

Meanwhile, Rowling also let slip a tasty tidbit regarding the newest film project for the Harry Potter spinoff “Fantastic Beasts (And Where To Find Them)“. It seems there’ll be new faces coming from the American wizarding school (gasp!):

Newt’s a Hufflepuff, but the other heroes went to the American school of wizardry (and yes, I know their houses). https://t.co/2mnVEo0LHo