Check Out The Most Amazing Cloud Formations

Our planet is full of amazing sights, especially our skies. Whether the skies are filled with a puffy white clouds on a summer day or ominous dark ones on a fall evening, clouds are an amazing part of planet Earth. Check out these amazing cloud formations that show just how incredible our skies are. 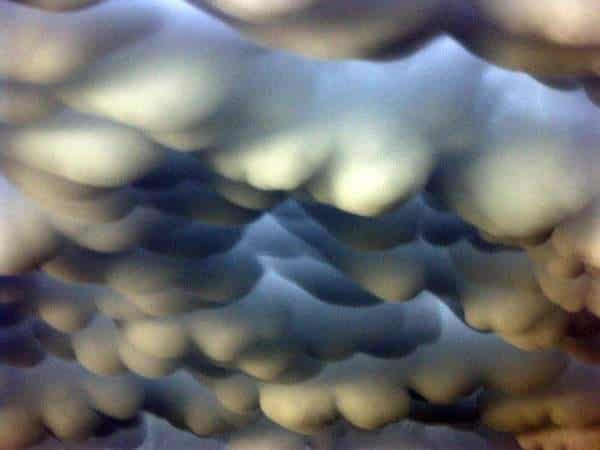 These formations are extremely rare, but absolutely gorgeous. It is commonly believed that these type of clouds are only seen before the formation of a tornado, but experts say that is a misconception. On the contrary, mammatus clouds usually form after a severe storm.

These rare formations may be beautiful, but they are actually the culprits of destroying the ozone layer. Nacreous clouds do their damage by speeding up the conversion of CFCs (benign chlorofluorocarbons) into chlorine, which destroys the ozone layer. These clouds can last from the winter until spring, which leaves plenty of time for damage.

These types of clouds are known to form in the coldest of climates, usually near the two poles. This is due to the temperature, which allows ice crystals to form. The ice crystals help the sunlight scatter and create the beautiful colors. 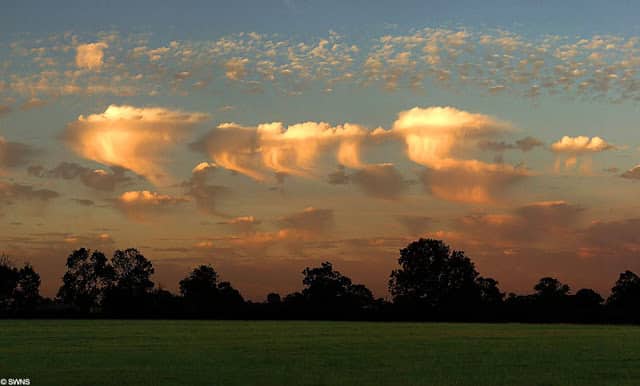 These formations are also known as jellyfish clouds because of their shape. Altocumulus Castelanus clouds form when air gets trapped between layers of dry air. The “tentacles” of the clouds are formed by raindrops that evaporate as they fall.

Lenticular clouds are pretty breathtaking. These clouds form when wind hits obstructions, such as mountain tops. The moisture in the air forms these types of formations. The funny thing about these types of clouds is that there are commonly mistaken for UFO’s because of their appearance. 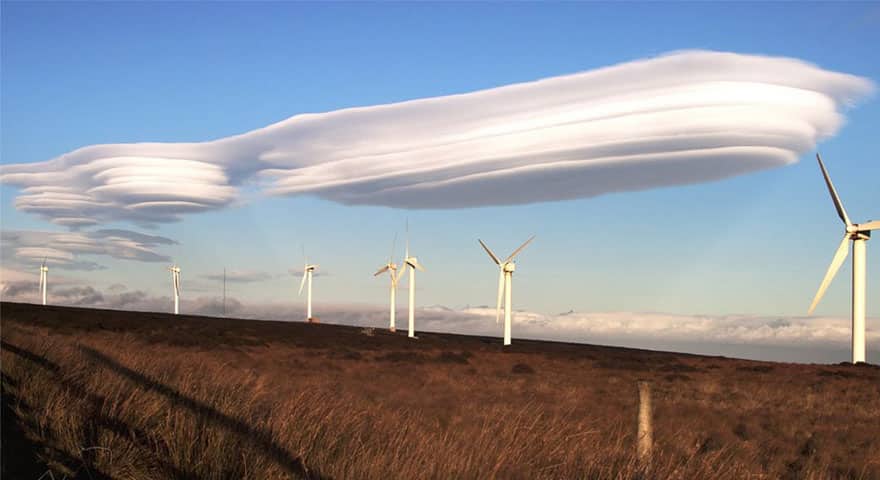 This photo shows how the moisture of the air is shaped according to the obstructions around the air.

This clouds name translates into “roughened and agitated waves” and that’s exactly what they looks like. 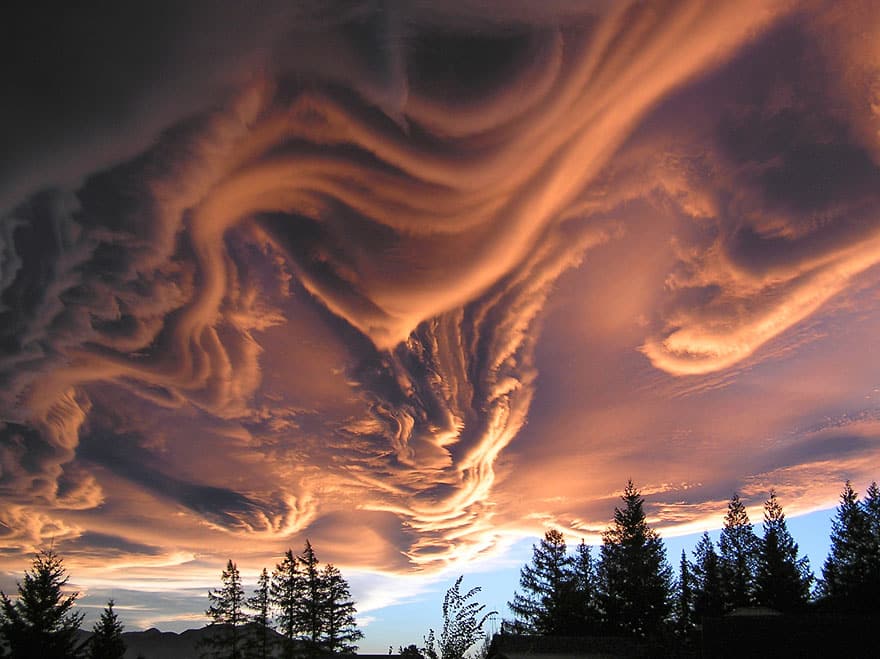 These clouds have not been officially recognized by International Cloud Atlas of the World Meteorological Organization, but it looks on track to be the newest addition. Undulatus Asperatus are relatively new formations, according to experts. It is unclear how they exactly form, but it seems that they are usually appear after thunderstorm activity. 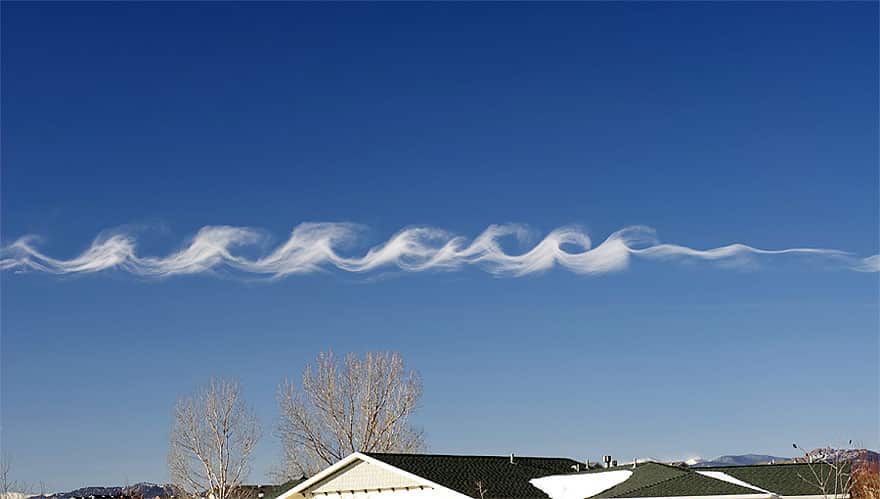 The unique thing about these cloud formations is that they also form on other planets, such as Mars and Saturn. These clouds are so rare and are hardly captured because they only appear for a few minutes and then disappear without a trace. 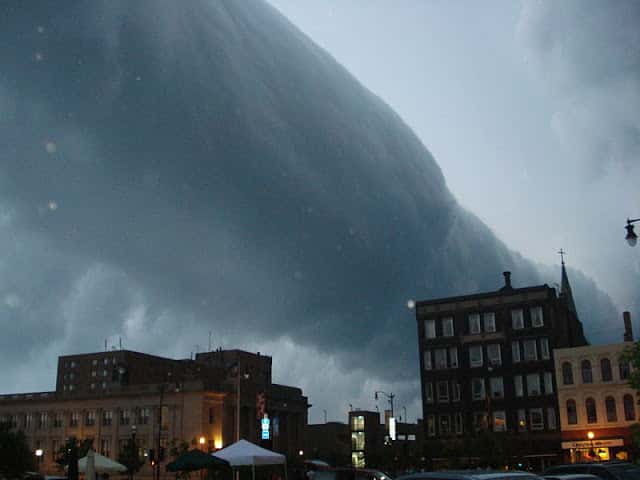 Roll clouds are exactly what they sound like. These low, horizontal tube-shaped clouds are created by a thunderstorm or cold front. Experts say they are basically shelf clouds without the storm. These clouds can last for several hours and spread out many miles. 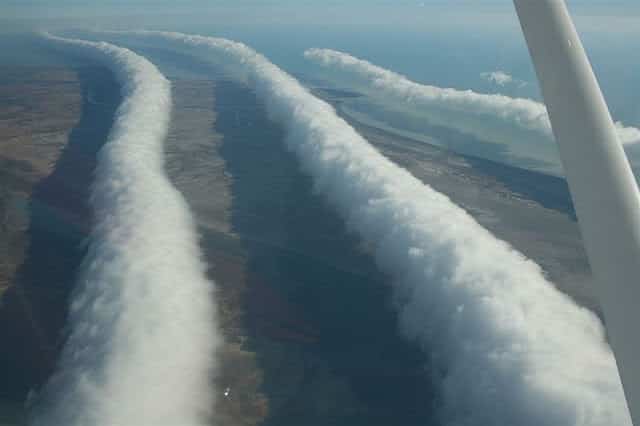 Morning glory clouds are another rare tubular formation. Even stranger, while most of these formations are unpredictable. There is one location in the world where experts can predict morning glory formations. Due to configurations of the area’s land and sea, the southern part of Northern Australia’s Gulf of Carpentaria is the perfect viewing order.

Have you ever seen any of these formations?

Why is Light ‘Bouncing’ Over the Sky in Indiana? [Video]

Photos From The Volcano Calbuco Eruption In Chile Are Extraordinary