The 15 Most Ridiculous Hoaxes Spread Through Social Media

by Timothy Bertrand 7 years ago3 months ago

Social media sites make it easy to keep in touch with people across the globe, but they’ve become so much more than mere message boards. The ability to reach an audience of millions is now at the fingertips of anybody who logs in—including lots and lots of nefarious pranksters—perpetrators of the internet hoax, deliberately crafting false stories to take advantage of people’s propensity to “Like” and “Share” without checking the facts.

Check out our list of the 15 biggest and most ridiculous hoaxes ever perpetuated through social media. 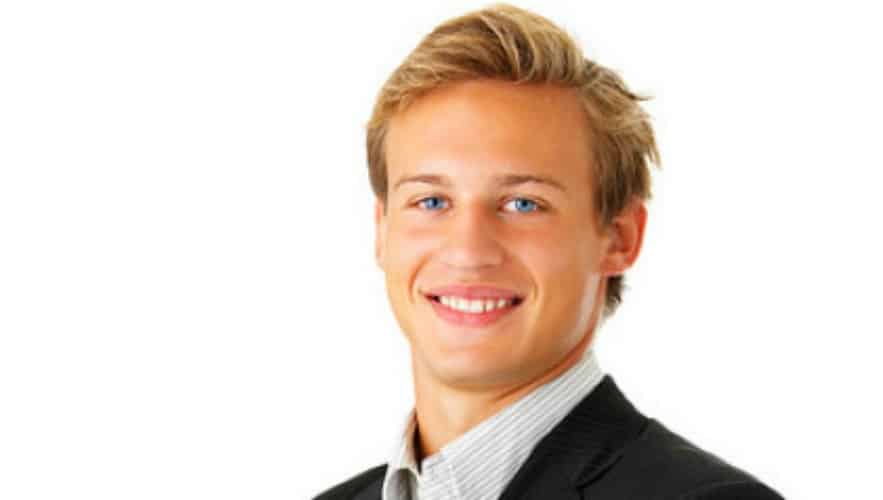 16-Year-Old Samuel Gardiner managed to fool a huge number of the UK’s football fanatics by pretending to be a sports journalist working for The Times and The Daily Telegraph named Samuel Rhodes. At the height of its popularity, his Twitter account had over 20,000 followers and he was re-tweeted numerous times by sports websites.

Eventually, both The Times and Daily Telegraph caught on and exposed the account as fraudulent. But not before thousands of people read and shared his completely made-up news updates.

Just to confirm, @SamuelRhodes_ does not work for the Telegraph, so disregard anything he tweets. No idea who he is.

Oh, and that picture? That’s not even Samuel Gardiner. It’s actually just a stock photo of a business man, which might explain why Mr. “Rhodes” also spends his time recruiting new members to the sales team of jewellery company Origami Owl.

Dutch artist Zilla Van Den Born conducted a social experiment over Facebook. She pretended to leave her home country to travel around Asia for a few weeks, going as far as to have her family drop her off at the airport. But after they left, Zilla simply took the bus back home. She photoshopped pictures of herself enjoying her “vacation” and posted them on Facebook, being sure to stay consistent with the time difference. She’d Skype her family early in the morning from her own bedroom, which she modified slightly to look like a hotel room.

The amazing thing is, nobody ever suspected a thing. As it turns out, it’s incredibly easy to fake a vacation. 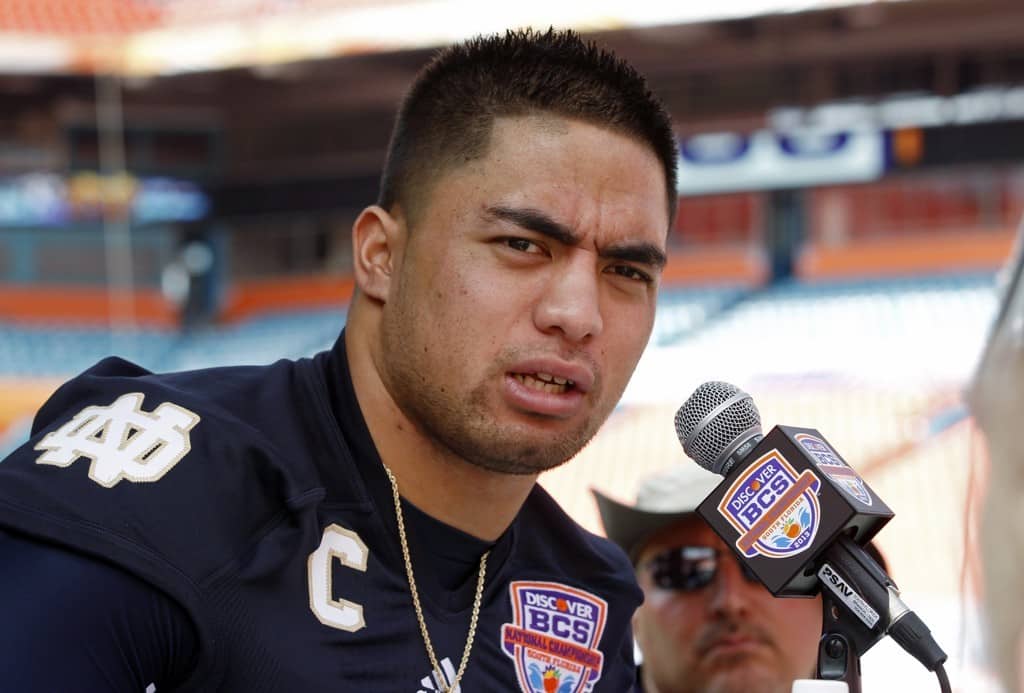 Football player Manti Te’o was the victim of an unfortunate prank between 2011 and 2012. During those years, he had an online relationship with a woman named Lennary Kekua. When she suddenly died, Te’o was heartbroken, taking to social media to express his grief. News outlets and social media support swelled for the devastated football player.

The truly heartbreaking part of this whole story? Lennary Kekua never existed. She was just a character made up by 22-year old Ronaiah Tuissosopop, who used a photo of a high school classmate to represent the imaginary woman online. Tuissosopop says he really did fall in love with Te’o, but didn’t know any other way out than to fake Lennary’s death. 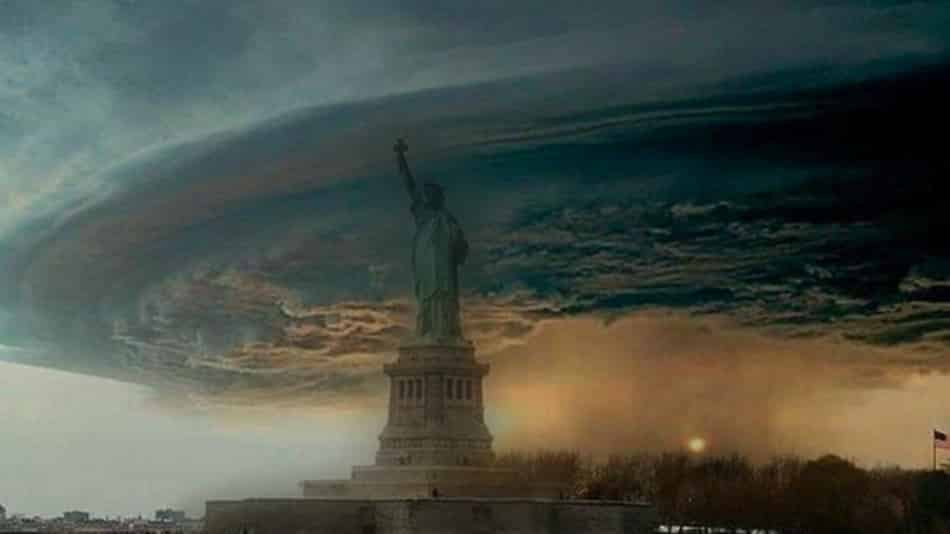 When the Hurricane Sandy hit New York City, many people shared breathtaking pictures like this one on Facebook. As it turned out, the majority of them were just photoshops.

Recharging your iPhone in the microwave 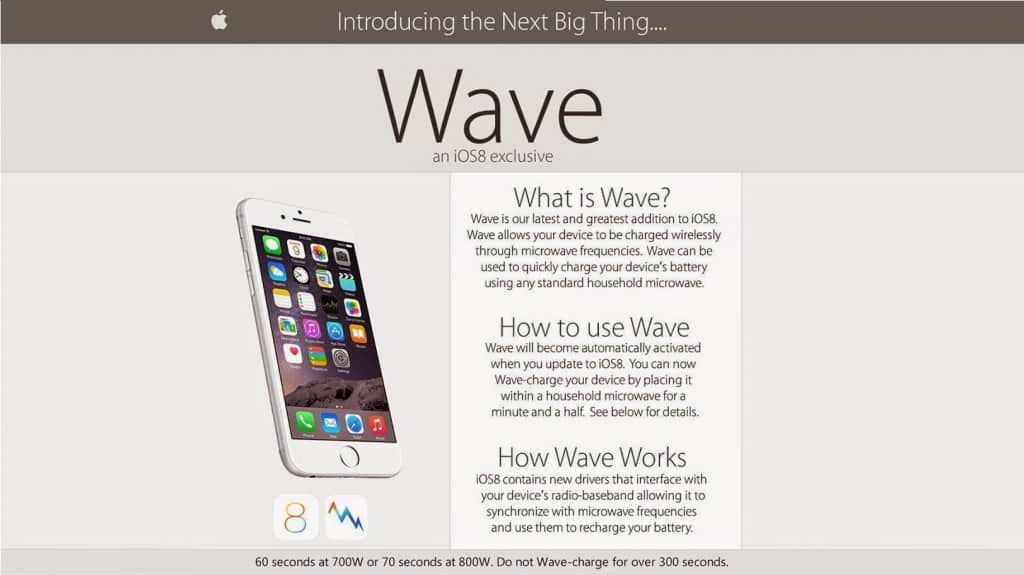 Pranksters at 4chan spread around a fake Apple press release claiming iPhones could now be recharged in a household microwave. The phony update was called “Wave”, and it promised to charge iPhones fully after one minute of microwaving. 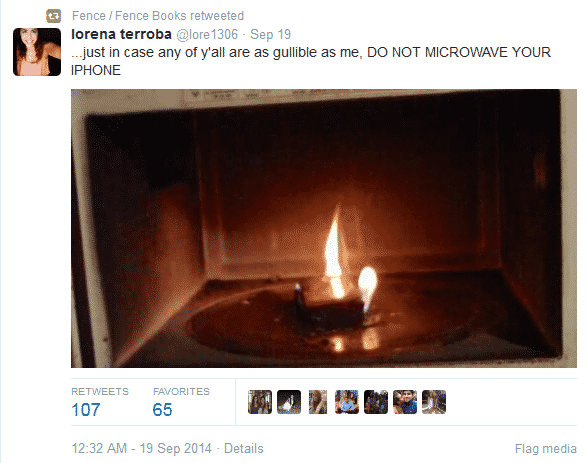 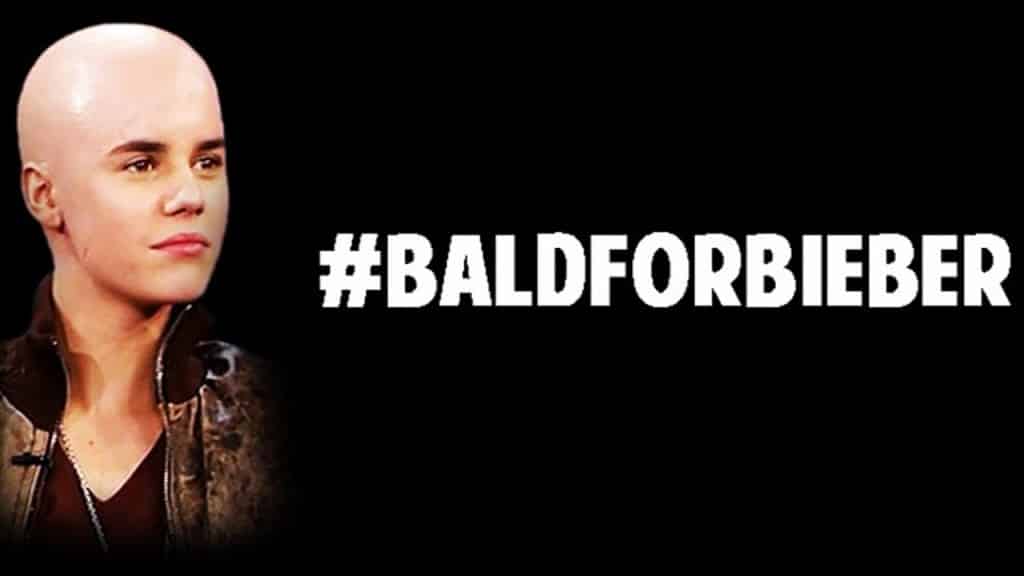 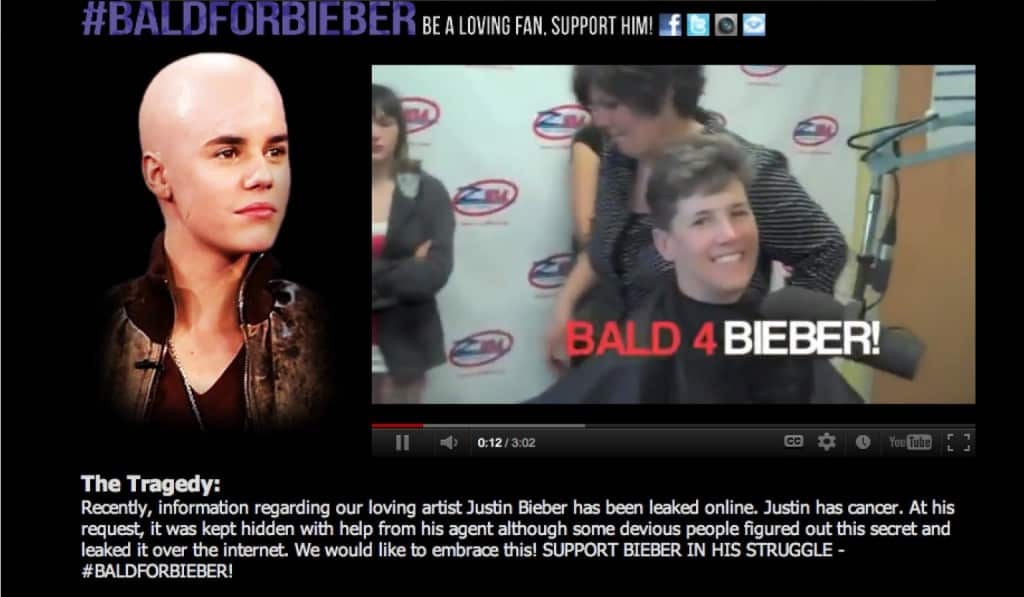 They started the hashtag #BaldForBieber, encouraging fans to shave their heads in a show of support. A ton of people fell for it, shaving their heads and posting pictures online. 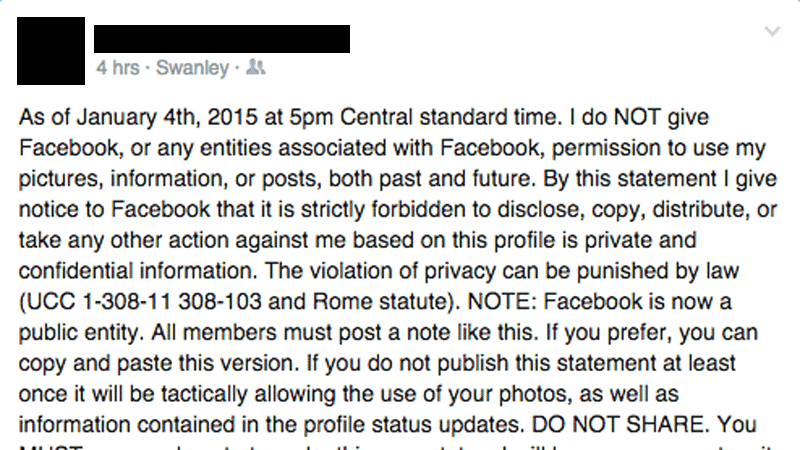 Remember the paranoia about MSN messenger or Hotmail becoming premium services, way back in the year 2005? The idea that a service will change or begin charging users has been fodder for many widespread hoaxes. But the latest one to grip users took advantage of increasing privacy concerns about user data and confidentiality. Unless you post a “privacy notice” on your wall, the story went, Facebook would be able to use your information for whatever nefarious purpose they want.

Of course, the fears were totally unfounded, and you can’t alter the terms and conditions you agreed to when joining Facebook by posting a status update. 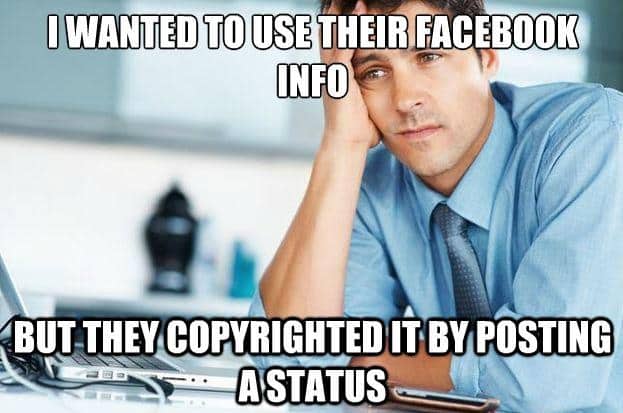 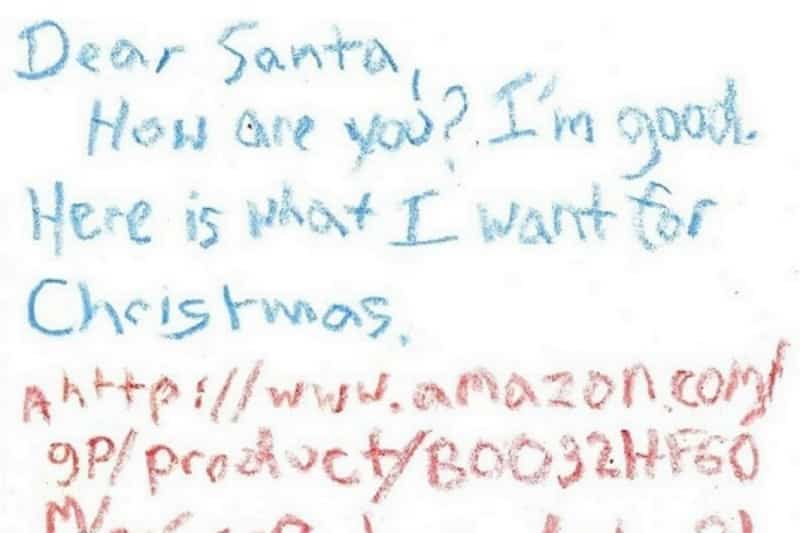 Playing on those fears, this letter to Santa circulated around Twitter for several weeks. Instead of telling Santa the specific toys they wanted, the supposed author wrote down a long URL to the product’s Amazon page. Most people who posted the picture bemoaned the fact that kids today are growing up with so much technology in their lives. Again, why exactly this is a bad thing isn’t ever really discussed.

Turns out, the “letter” is the work of a comedian, who posted it on his website. Somebody stole it, gave it a different context, and voila! Super viral Twitter hoax. 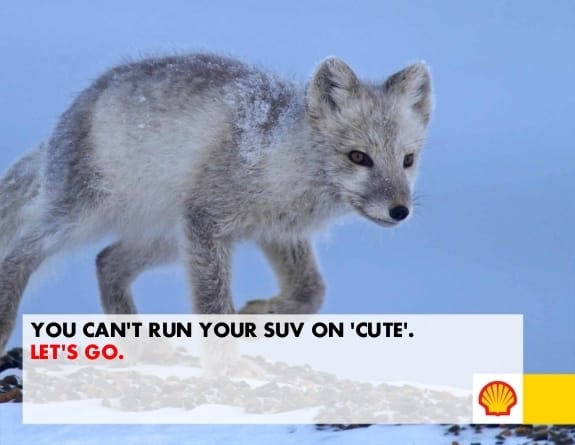 Many people and organizations have protested Shell’s operations in the Arctic, where they are drilling for oil. In 2012, some fed-up activists created a website that looked remarkably similar to Shell’s official one that details their work in the Arctic area, only this one allowed users to create captions for photos. The site, although exposed as fraudulent, caused controversy for the company, but things got even worse when Greenpeace and other organizations created a fake Shell Twitter account. The account caused further controversy and publicity by attempting to get users to take down the captioned images from the fake website, with thousands of people believing this was really a Shell Twitter account, causing a lot of embarrassment for the company. 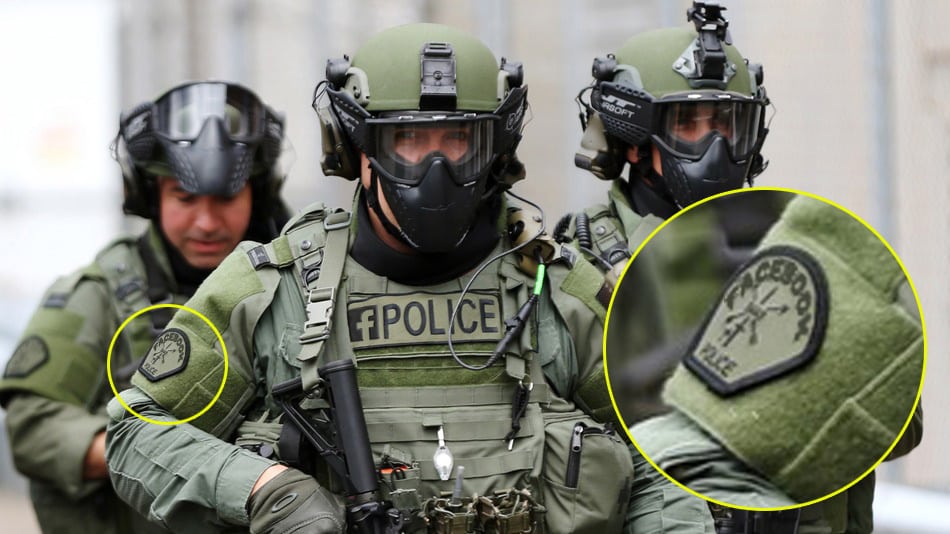 By now, most people know The Onion is a satirical website. But other satire news sites are less overt with the comedy. Take National Report, for example. A lot of the headlines posted there are just as ridiculous as The Onion, but the articles themselves take the subject matter seriously, fooling lots of gullible people who don’t bother to check the source out before sharing them.

An infamous example is the totally fake “Facebook Drug Taskforce”, which supposedly had been set up to monitor communication on Facebook and arrest anyone using the service to buy or sell drugs. Of course, social media jobs don’t yet come with the authority to raid your home, scoop you up, and whisk you away to Facebook headquarters for questioning. 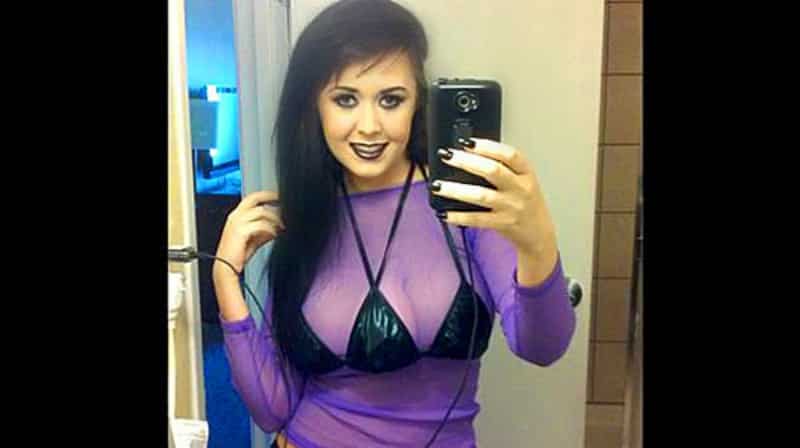 Alisha Hessler fooled a lot of people into believing she had a third boob “added” to her chest. In reality, she was wearing a very convincing prosthesis. After her viral success, Hessler went on to pursue a career as a pop star. Hey, Lady GaGa certainly does crazier things than pretend to have a third boob.

Justin Bieber saves a Russian man from a bear 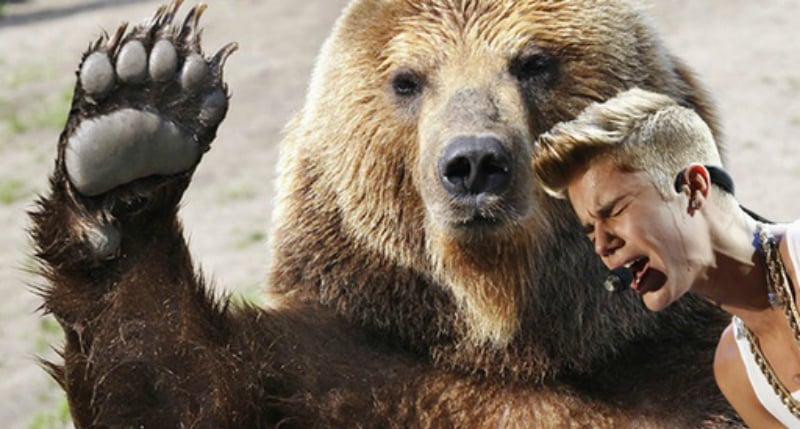 Fueled by massive social media interest, dozens of media outlets falsely reported that a Russian man was saved from a bear attack after his Justin Bieber ringtone went off and scared the bear away. The story about the bear attack was true, but there is no mention of a Justin Bieber ringtone anywhere in the original Russian reports. Turns out, it was added by a tabloid during the translation process. But apparently, it was just too sensational a story  to retract, as very few outlets did.

2014 was a big year for “social experiment” style videos. But you can’t always believe everything you see. Clever editing, staging events, and other forms of outright deceiving the audience are all too easy to do with even the most basic filmmaking skills.

Case in point: the super viral “drunk girl” video, which purported to show how inappropriately men act around intoxicated women. In the video, several men approach a woman who appears to be drunk, stumbling around the streets of L.A. They act like total creeps for a bit, and then the “drunk” actress walks away as the camera zooms in on their shameful faces.

Unfortunately for the men in the video, they had been coached by the actress to behave that way, and the whole thing was a set-up. In the aftermath, Jennifer Box, the actress in the video, apologized for being involved in a project that misled the public. The video’s director, Stephen Zhang, backpedaled by changing the name of the video to “Drunk Girl in Public (Awareness Skit)”, but by then it was too late. Before you go thinking this was some kind of feminist conspiracy, take off your tin-foil hat and MRA T-shirt, because Zhang is nothing more than a marketing professional who specializes in branding and creating viral content, and on that end he succeeded.

In response, YouTube duo Model Pranksters released this video showing actual footage of men’s reactions to a heavily intoxicated women. Watch to have your faith in humanity restored:

The lesson here? There will always be creeps, but implying the vast majority of men are just waiting for the opportunity to take advantage of someone vulnerable is just plain sexist. 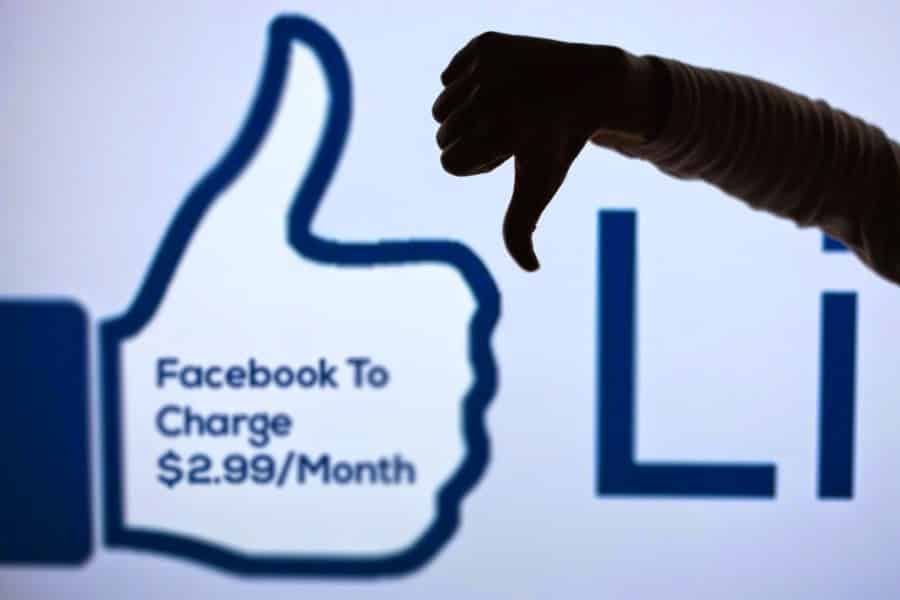 “Facebook is a free site and will never require that you pay to continue using the site.”

On their FAQ page, they have this to say:

Answer: No. We will always keep Facebook a free service for everyone.

So there you have it, Facebook is free, they won’t ever switch to a suicidal monthly fee payment scheme, and for the love of all that is good—you can’t change anything by copy-and-pasting a status to your wall.