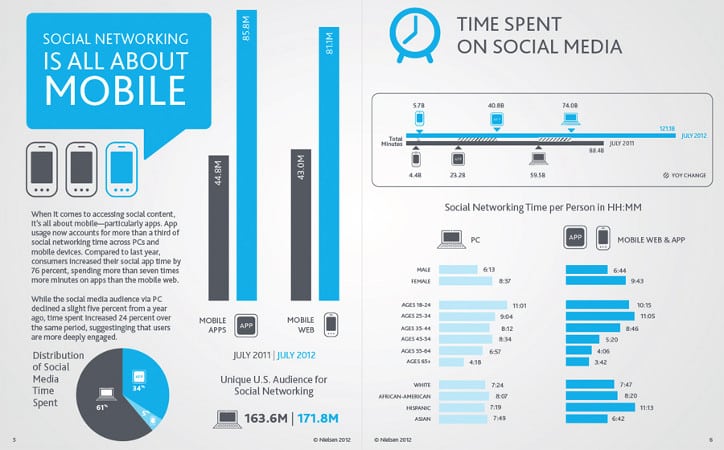 The report has also found that 46 percent of consumers use a smartphone to access their social networking accounts while 16 percent use a tablet. TV is also becoming more of a shared experience around the world.

As of June 2012 33 percent of Twitter users actively tweeted about content on TV. In the US 44 percent of tablet owners and 38 percent of smartphone owners use their devices daily to access social media while watching TV.

Compared to the Middle East and Africa 60 percent of respondents say they use their mobile devices to access social networks while watching TV. Businesses utilizing social platforms for customer service has also become increasingly important as nearly half of US consumers reach out directly to brands and service providers on networks such as Facebook or Twitter.

When it comes to advertising on social media attitudes and perceptions are still evolving. Roughly one third of users find ads on social networks more annoying than other types of internet ads. More than 25 percent of Nielsen respondents say they are more likely to pay attention to an ad if shared by one of their trusted connections. The same percentage of social media users are also okay with social networks using their profile information to better target ads for them.

Here are some other stats from Nielsen’s report:

The State of Social Media 2012 report can be read in its entirty here.