The recent developments at Reddit get the Taiwanese animation treatment.

The internet moves at a breakneck pace. Online, it seems like a year’s worth of information can surface in just a matter of hours. When it comes to breaking news, this can leave you a bit overwhelmed. Case in point: the situation over at Reddit headquarters. With so many new developments happening so rapidly, it’s been hard to keep up, and nearly impossible to catch up if you’ve missed anything. Until now, that is.

For years, TomoNews has covered stories in a rather… animated sort of way. The Taiwanese news agency employs wacky computer animation to relay news in a fun and digestible format. Yesterday, they decided to take on the Reddit fiasco. If you’re still not sure what’s going on, just take a look at this clip:

Here’s a transcript of the video, in case you can’t keep up with the subtitles:

“Reddit’s recently been having quite a rough ride and it’s about to get rockier after former CEO Yishan Wong accused Alexis Ohanian, a Reddit co-founder, of firing AMA head Victoria Taylor two weeks ago, not interim CEO Ellen Pao.

According to Yishan, Pao was set to take the fall and basically launched off the glass cliff as Redditors revolted after Taylor’s firing. Wong claims Ohanian threw Pao under the bus because he had different ideas for AMAs, so he fired Taylor.

Ask Me Anything is one of Reddit’s most valuable sections. AMA hosts Q&A sessions with people from the science, sports and entertainment worlds. Obama has even participated in an AMA.

Reddit hated Ellen Pao from the get go, and maybe that was the plan. A few hours after Pao was given the boot, Wong left a message on a thread called, “What’s the best ‘long con’ you ever pulled?”

Wong accused Reddit founders of engineering a leadership crisis in order to get more control of the site back from Conde Nast. Is Wong joking or could there be some truth to his recent posts?”

So, how did this whole thing get started, anyway? Earlier this month, Reddit admins announced the company had fired Victoria Taylor, who served as Reddit’s director of talent and was a key player in the site’s most popular feature: IAMA, or Ask Me Anything sessions. She was responsible for recruiting celebrities and other people of note to answer fan questions. After news of her firing spread, the moderators of several popular subreddits protested by taking the pages offline, including AMA, videos, todayilearned and Askreddit. 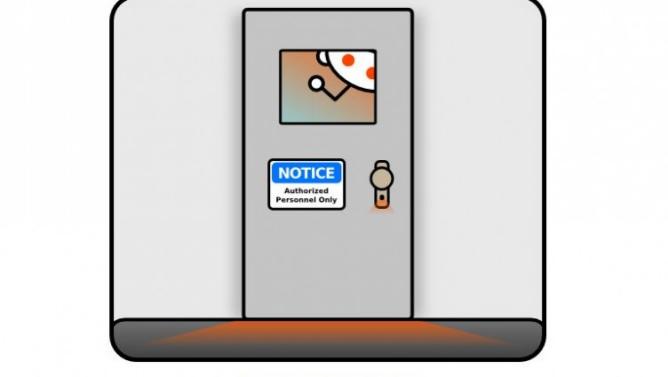 Why was Victoria so popular? Many users felt she was a key element in making the AMA sessions fun and insightful. Without her, they worried, the feature would become nothing more than a cheap PR outlet for celebs to hawk their latest projects and soak up publicity. Admirably, her dedication to the site didn’t end with her termination. As we reported earlier this month, other iAMA admins and moderators were overwhelmed with work without her and she volunteered her own personal time to help them out. 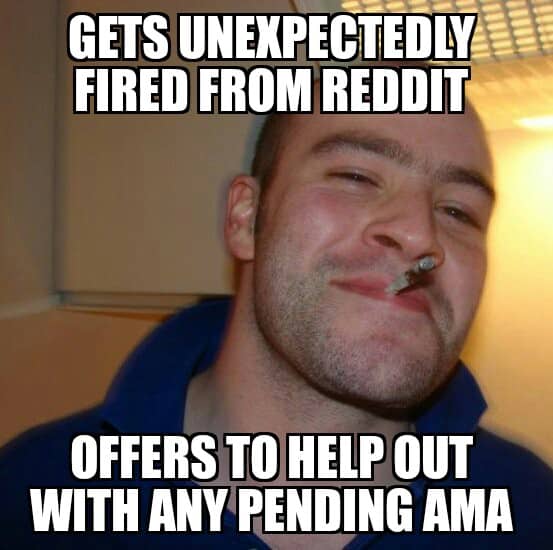 Lack of communication was another problem moderators and users complained about. In fact, Victoria’s firing was merely the spark which ignited a massive site-wide protest. The overworked moderators were tired of the vague, capricious edicts of the Reddit staff, and it all finally came to a head. Soon, what started out as just an AMA blackout spread to many of the site’s most visited subreddits, like gaming, history, movies, and even /r/circlejerk.

Reddit CEO Ellen Pao came under particular scrutiny, despite there being no evidence she was directly involved in Victoria’s firing. If there’s one thing the Reddit community is famous for (besides the broken arm story), it’s witch hunting, and Reddit wouldn’t rest until their witch burned. Pao stepped down as CEO a few days after the debacle, and Reddit co-founder Steve Huffman announced he would be taking her place. Unfortunately, the drama isn’t over yet.