A man went nuts when he opened up his bar to find a sloshed squirrel had done hundreds of pounds worth of damage.

WORCESTERSHIRE, United Kingdom — Sam Boulter opened up his Evesham-area bar and discovered the place had been completely trashed. He originally thought the premises had been ransacked by burglars, but as Mr. Boulter would soon find out, this was the work of no ordinary burglar. The culprit emerged from a pile of trash on the floor, and Boulter was taken aback by what he saw: a squirrel, completely wasted, “staggering around”, having managed to empty an entire keg of beer onto the floor. The intoxicated rodent not only flooded the bar with Caffreys ale, it also knocked glasses and bottles from the shelves, scattered straws and napkins everywhere, and displaced beer mats and money off the bar. 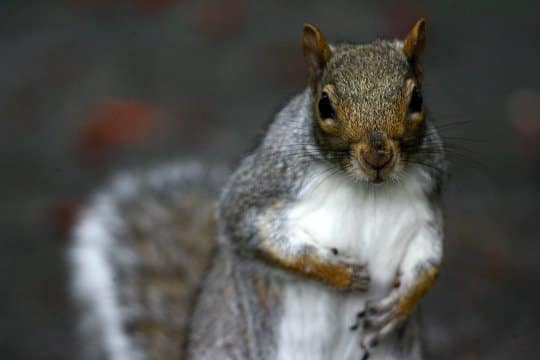 Boulter and two regular customers spent nearly an hour trying to capture the squirrel. But predictably, the drunk and belligerent critter gave them the runaround. Eventually, they were able to corner the animal after it dashed into the men’s room. Boulter caught it inside a waste paper bin before releasing it out a toilet window.

After it was all said and done, the rodent had caused around £300 worth of damage.

“When I opened the door it was absolutely ransacked.” Boulter said. “At first I thought we’d been burgled but I realised it was all still locked up and that’s when we saw the squirrel. I’d never seen anything like it before – he had ran around the shelves and across the bar. There were bottles scattered around, money scattered around and he had obviously run across the bar’s pumps and managed to turn on the Caffrey’s tap. He must have flung himself on the handle and he must have drank some as he was staggering around all over the place and moving a bit slowly.” 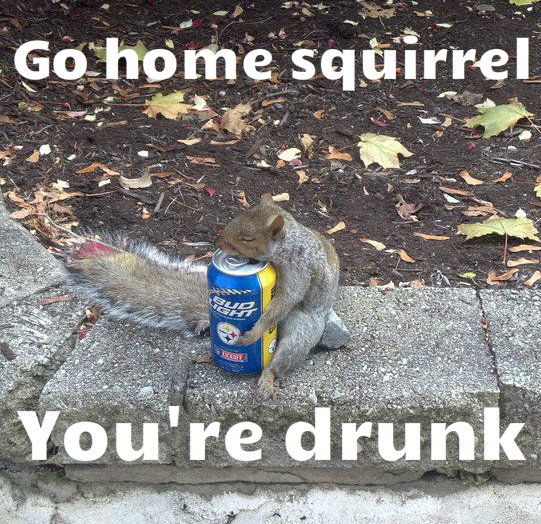 “I’ve never seen a drunk squirrel before. He looked a bit worse for wear.” Boulter added.

“We managed to corner him in the toilets after we chased him around for an hour. I used the waste paper bin to trap him and then I flung him out the window. I think we lost about £300 worth of stock but it is just one of those once in a lifetime things – I hope.”

Boulter says the squirrel is no longer welcome at the establishment.

“He was a bit slow moving when we found him on Sunday evening so he must have drank a lot of the beer. He is the rowdiest customer we have ever had but I hope he enjoyed his lock-in. It’s safe to say he is now barred from the club for life.”

Let’s just hope that squirrel doesn’t decide to sue Boulter. After all, there is a legal precedence. Ronald K. Siegel’s book Intoxication: The Universal Drive for Mind-Altering Substances gives us the amusing anecdote of a real-life court case involving drunken insects (though the insects on trial were representing all “lower life forms”).

In 1545, wine growers were so fed up with insects eating their grapes (and subsequently getting way too drunk on the fermenting ones), they filed legal action against them. The wine growers argued that even lower form animals should be subject to the laws of man. The insects were appointed the 14th century version of a defense attorney, who argued the insects were just doing what came naturally to them.

So, what exactly does a drunken squirrel behave like? This YouTube classic should give you a pretty good idea.

Drunk Moms Talk About Their Kids In Viral Video [Watch]