Remember that uber-cool Twitter photo sharing and hosting feature we were talking about a few short days ago? Twitter has begun to officially roll it out to users.

The program was originally only available to Twitter employees, however a small subset of outside Twitter members are now beginning to see the feature.

TechCrunch grabbed wind of the rollout when @alexia saw the program appear on their Twitter account (pictured below).

The new feature is located right next to the “add your location” on the Twitter website and is only available on the website at this time with mobile uploading available in the future.

Here’s a screenshot of the new feature in action: 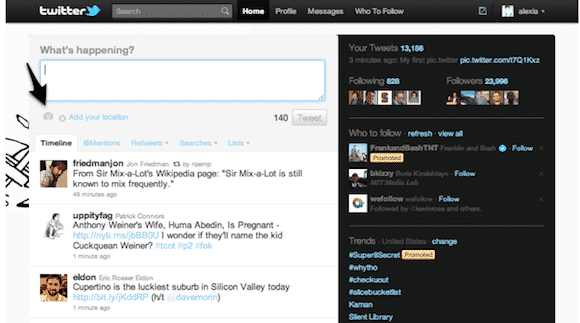 Remember your photos are hosted by Photobucket which means you don’t have to worry about Twitter’s awful infrastructure holding onto your favorite memories.