It was an errand that was only supposed to last a few moments, instead one San Antonio man says it turned into an all-night ordeal.

Chris Galvan walked into his local FedEx store to print some documents for a fitness competition he had the next day. Preoccupied with his printing errands, he didn’t realize the early store closing time. He made his way to the back of the store, plugged in his laptop and started working.

It wasn’t until he went to check out that he realized the store was empty and locked. 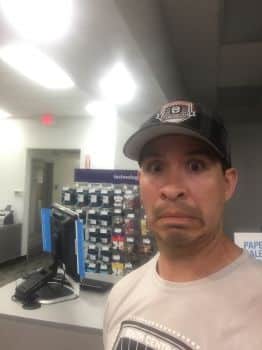 He noticed a key was attached to the door, but he didn’t want to attempt to open the door for fear of setting off an alarm and further complicating the situation. He also didn’t want to bother 911, so he called another FedEx location and asked for someone to come unlock the door. But, help never arrived.

Wanting to make the best out of the situation, Galvan started tweeting funny pictures and videos chronicling his ordeal.

Working out. Sleeping. You know, just passing the time. 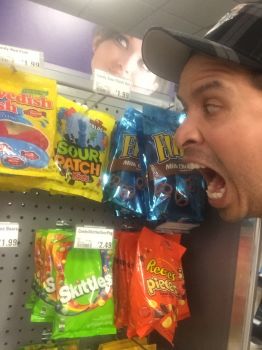 A friend coincidentally showed up at the location and was able to snap some pictures of him from outside the locked doors. 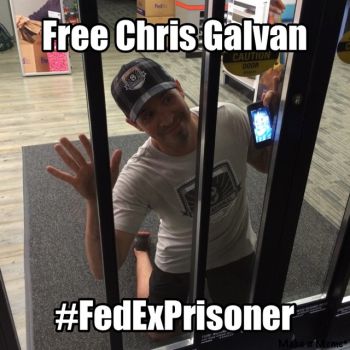 Eventually, a FedEx store manager showed up, unlocked the door and told him to “get out.” Because, you know, Galvan locked himself in the store on purpose…

On the bright side, Galvan got to print his stuff for free at a different (and open) location. He is also being contacted by tons of media outlets for interviews and such.

FedEx Driver Forgets To Put It In Park, Chases Truck Down A Hill [Video]