These People Lost Their Jobs Because of What They Posted...

We’ve all heard the stories. An employer trawls through their employee’s social media profiles (in an act the digital world has christened “stalking”) and finds something they don’t like. In fact, the offending post is so inflammatory it costs the employee their job. Even those of us with jobs in social media are not immune.

It’s a phenomenon that would have seemed alien just ten years ago, before social media’s emerging role in day-to-day life had been fully realized. It harks back to a once-controversial policy of terminating personnel for their private lives, now widely accepted in the web-savvy work culture. Do or say something stupid online, while using your real name, and there’s a good chance some nosy supervisor along the never-ending chain of nosy supervisors will call you out on it.

On the social sharing platform reddit, one user posed a question to the /r/askreddit community: “[People] who lost their Job because of a post to a social media platform, what happened?”

The answers are surprising. In contrast to the typical case of party-life photos (you know, bottle of vodka in one hand, fat joint in the other) violating the company’s code of conduct, most of the stories reported an abuse of the new-found HR convenience, constituting rampant excuse-making for managers who just plain don’t like their staff. Read on for the most amusing selection of the lot. 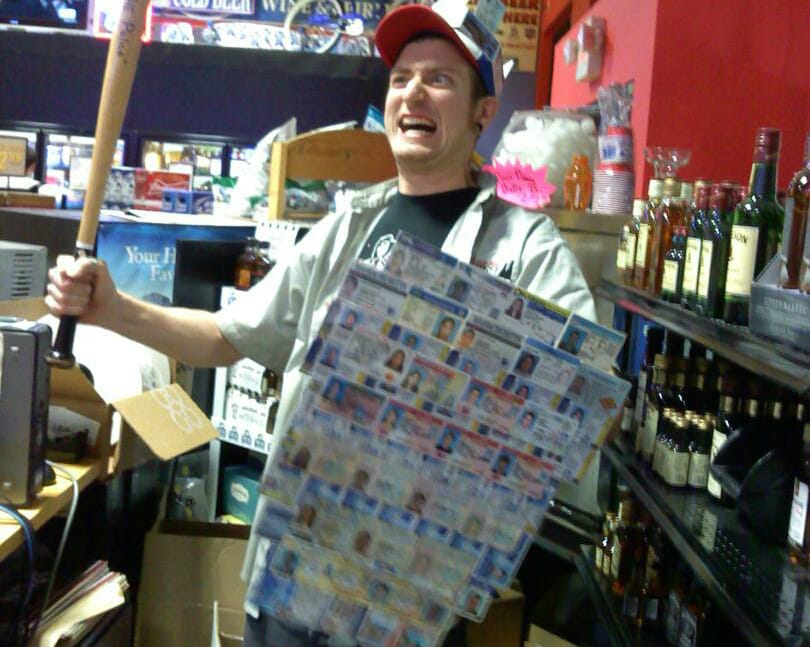 We’ve all had our fair share of petty managers. The micro-managers, the glory seekers; people who only exist to nitpick our work and stir workplace drama. The kind of people responsible for the festering resentment you bottle up inside yourself, which you keep from exploding with well-timed spurts of passive-aggressiveness. But for the worst managers, even your passive-aggressive asides are grounds for termination.

Just ask this bartender, who did little wrong but lost his job over acting too defiantly on Facebook for his manager’s taste. “I was working as a bartender and server for a place.” He writes. “The assistant manager was a petty tyrant and treated the staff like sh-t. I had made several complaints about him to the general manager and the owner with some of the other staff, but they refused to do anything about it.”

Fed up with the poor management, he started looking for another job. “One day I was bartending and a very young-looking girl came in. She hands me her out-of-state ID, and I can tell that it is fake. I politely tell her that I can’t serve her alcohol, and explain that in this state we don’t legally have to accept out of state IDs.” The girl was understanding, as most underage drinkers are. Nobody wants to get caught on the wrong side of that bluff.

“Her other friends arrive and they move to a table and I informed their server about the fake ID. It is around this time that the assistant manager, who had been drinking bloody Mary’s at the bar next door all morning and then napping in the office, came over. He then starts telling me that I don’t know what a fake ID looks like, and I don’t have the right to refuse service and how stupid I am. He then tells me I have to serve the girl. I inform him that I have the legal right to refuse service, and he cannot force me to.”

The bartender went home and posted about his day on Facebook. “[I included] a photo of when I was managing a liquor store, holding a device of medieval defense made out of all the fake IDs we had confiscated in one year. Also a crown. The next day I was called in and let go for refusing to cooperate with management and what have you.”

“Anyone know how to pass a drug test?”

Before you ask your Facebook friends for advice, be sure to check your privacy settings. As one user relates: “A prospective employee just passed his interview, and was told that all he needs to do is pass a drug test and a physical and he would start on Monday. The company Facebook guy found the new hire on Facebook and the guy had just posted 20 minutes after the interview, ‘sh-t! Anyone know how to pass a drug test in 24 hours?!'” 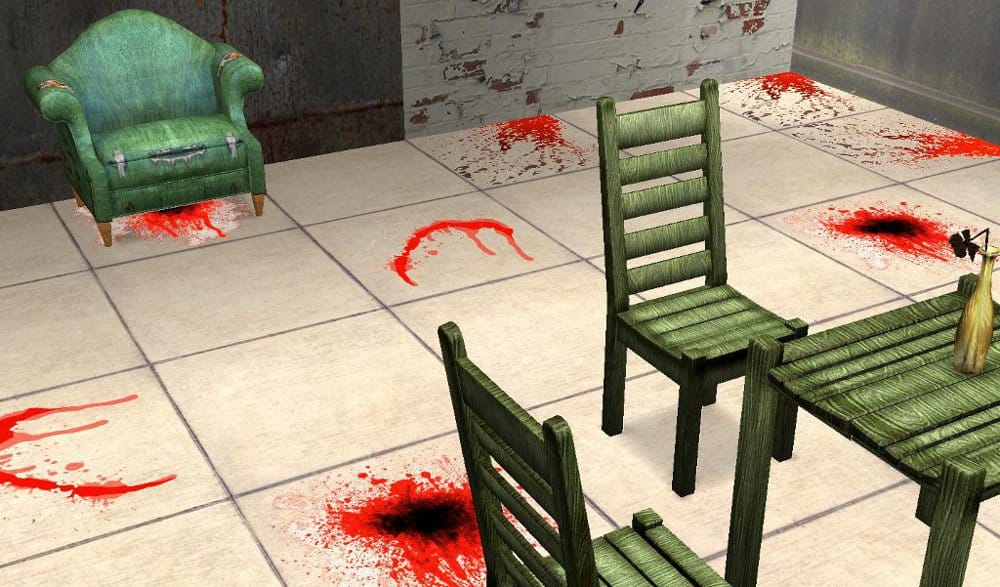 It’s amazing how quickly the working life will turn previously sane human-beings into the tired, depressed, homicidal maniacs that comprise productive society. Here’s a little advice for the newbies: keep your murderous rage to yourself.

“I was younger and an idiot.” Writes one poster. “I posted something on Facebook about wanting to go home and play The Sims so I could create [telecommunications store I worked for] on it and then slowly kill off all the customers. I was working a late night shift in a mall and forgot our new coworker had added me on Facebook days before.”

“Sometimes you just need to F off from work”

If you want the day off, sometimes it’s best to just ask for it. “I had to fire someone for [a post they made online].” Writes one employer.  He was gracious enough to allow his employee, a volunteer firefighter, to leave if he got a call from the station. One afternoon, the employee claimed to have gotten a call from the fire chief and promptly left work.

“Fifteen minutes later,” the employer writes, “someone showed me his 5 minute old post of him riding quads saying something along the lines of ‘sometimes you just need to F off from work’. That put him on a final warning. He then left because he said HIS house was on fire, then half an hour later his wife tagged him in a photo of him sitting in a kiddie pool in front of his house. The funny thing is, in both cases, if he had simply asked to leave early I probably would have said yes.”

“I don’t have the GameStop spirit” 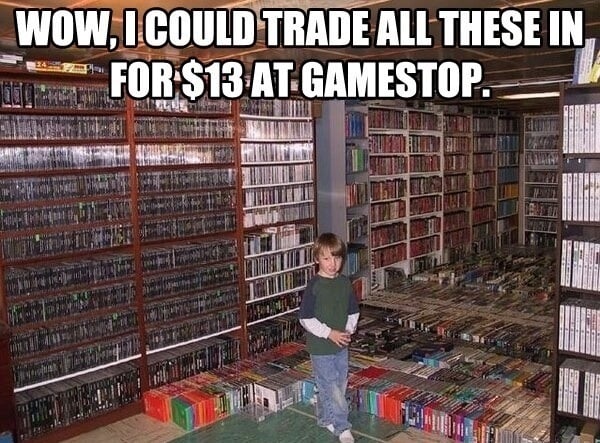 Sometimes, things you’ve done in your online life can come back and haunt you months or even years after the fact. Reddit user Rebelled spun a long and disturbing yarn that demonstrates just this.

“Worked at gamestop until 2010.” He writes. “The store was in a mall and parents would always leave their kids in the store and go do their shopping. Sometimes the children would cry, sometimes they’d pee themselves, even had one #2. Parents would get mad at us for not bringing them to the bathroom (what the sh-t?) or start screaming at their kids for not just playing games for a few hours without causing any problems.”

Rebelled writes he tweeted a simple, innocuous complaint about how GameStop employees aren’t responsible for their customer’s children. It’s the kind of belly-aching most of us do from time to time. If we couldn’t complain about work, we might just go off the rails—create our work-place on The Sims and slowly kill off customers one-by-one—or something. Perhaps this is why Rebelled thought nothing of the tweet until a few months later.

“Few months later, same thing. Parent drops kid off in store, leaves. 20 minutes later, an older looking guy is outside the store, on his flip phone, aiming it at the store. He’s creeping me out but I continue offering pointless warranties to customers while waiting for my next break and then, I noticed him walk near the entrance of the store and ask that kid where his parents are. This seemed really fishy and the guy looked beyond suspicious, I was thinking he could be a pedophile and I was right. He gets the kid to go with him, I call up mall security so they could check it out and they caught him before he left the mall.

He was arrested, the kid was crying, asking for his mom.. Who mall security could not reach because as it turns out, she went to some stores outside of the mall area and she didn’t actually come back for another 2 hours, at which point she threatened to sue me, gamestop, the mall,etc. Security guard lady told her that child services were called, they all walked away (that was the last time I saw them.)”

Few days later , District Manager(DM) shows up in store and I was fired on the spot because that lady made a complaint, DM found my twitter and informed me that my approach to yesterday’s dilemma & my tweet about how GameStop isn’t a babysitting service has made them believe that I don’t have the ‘GameStop spirit’.

Both the manager and district manager told me I could use them as a reference on my resume though, which was great until they both lost their jobs a few weeks later. 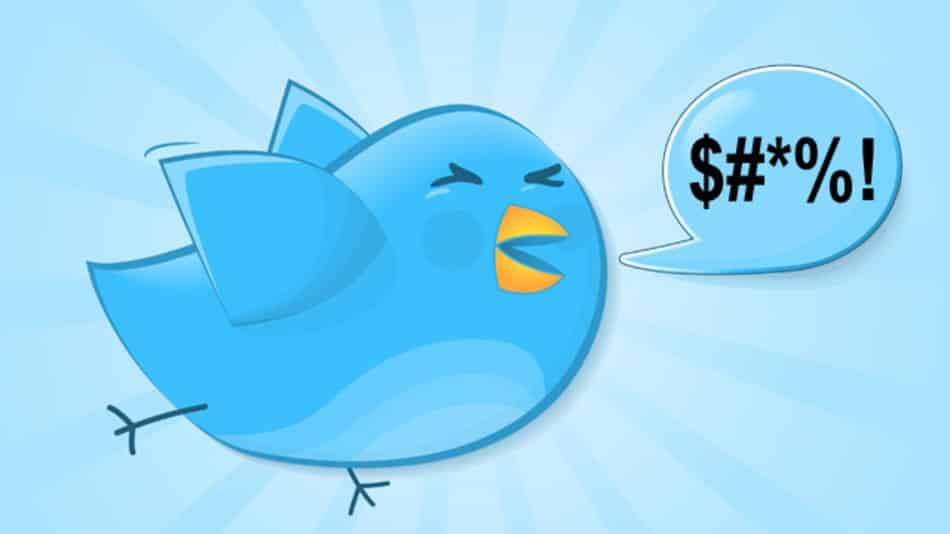 /u/HyenaPVM’s illustrates the danger of having an online doppleganger.

“I was let go from the nations third largest insurance company for what were called “offensive tweets”. Apparently someone with my similar name was tweeting vulgar things to comedy accounts and they brought me into hr and terminated me. Yes I sued for wrongful termination, so I could finish getting my MBA.” 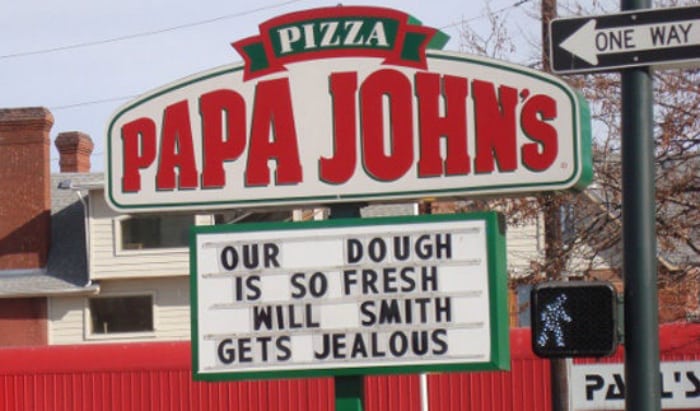 So far, most of the stories we’ve heard have been one-sided, against the employer. But nobody could argue this next one wasn’t justified. A friend of the fired employee relates:

“Didn’t lose my job, but I watched a friend lose his over a tweet. He tweeted ‘So getting head while delivering pizzas is pretty sweet’ one night while he was working. The next morning he tweeted ‘YO F-CK YOU PAPA JOHNS I don’t need you or your stupid job anyway’ or something to that effect. I’ve never laughed so hard in my life.”

When you post to social media, remember who can see it—and if you don’t like who, change it. We’re all just six drinks and a Facebook app away from being jobless.