Atticus Finch is Now A Racist, Everything is Ruined [Twitter...

No one could have ever been prepared for Chapter 1. No one.

Remember “Go Set A Watchman”, the sequel to the timeless classic “To Kill A Mockingbird”? Something’s… happened to Atticus Finch. You’re not going to like what Harper Lee’s done to him, nor what her lawyer has done to him.

Nope, he wasn’t given the George R. R. Martin treatment. All the same, if you loved the kind, wise, and courageous conscience of the novel that was Atty. Finch, you may want to sit down for this.

Chapter One of “Go Set A Watchman” paints a quaint picture of a now grown-up Scout Finch visiting her 72-year-old father and an old flame she would not marry.  The New York Times got dibs on reading the first chapter of the newbook. within hours, they published a review of the book. They also needed to sit down for this.

The depiction of Atticus in “Watchman” makes for disturbing reading, and for “Mockingbird” fans, it’s especially disorienting. Scout is shocked to find, during her trip home, that her beloved father…has been affiliating with raving anti-integration, anti-black crazies.

So now, we see Atticus attending Klan meetings, saying things like “The Negroes down here are still in their childhood as a people,” and asking his daughter Scout, “Do you want Negroes by the carload in our schools and churches and theaters? Do you want them in our world?”

Harper Lee makes no secret of the fact that “Go Set a Watchman” was actually the first draft of the classic. It was rejected by her publishers, and Lee was encouraged to write about Scout’s childhood. Tonja Carter, Lee’s lawyer and friend, found the draft and negotiated the deal to publish it with Harper. Somehow, I guess the publishers thought it was a good idea to ruin this childhood hero of ours, but IDK.

Somewhere out there, there’s an intrepid kid reading through the books pages, and seeing Atticus Finch as the craven lawyer who acquits the rapist Tom Robinson. 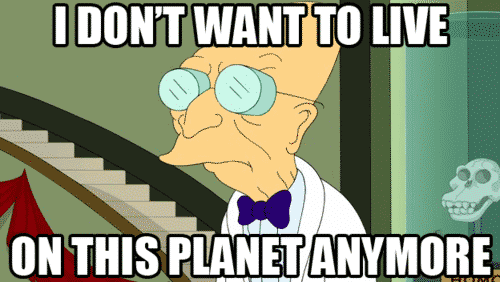 Fans of the Harper Lee classic did not take this new development all too well.

Still reeling from the Atticus Finch news, I have just learned Mr. Darcy is a now a wife beater and Jay Gatsby wears Crocs.

Please say it isn’t so, Harper Lee. And on the day my daughter reads Mockingbird for the first time. https://t.co/8OlBUqFsWJ — Leslie Proll (@LeslieProll) July 11, 2015

Can’t wait for the #StarWars SDCC panel to announce that the name of the big villain in “Force Awakens” is Atticus Finch.

Margaret Atwood’s Next Novel To Be Released In 2114

Rowling’s “The Casual Vacancy” is now an HBO Series [Video]