What It’s like to Work for a Social Media Site:...

Twitter, Facebook, Pinterest, LinkedIn, and Google.  Five companies focused on tech, social media, and ultimately: advertising. Since their inception, social media has grown from a trendy curiosity into an important aspect of our every day lives. In the early years, your GeoCities site, Myspace or AOL profile would attract about as much interest as a Hawaiian vacation photo album sitting on your coffee table. Today, having a great LinkedIn profile can land you a job. Behaving badly on Facebook could cost you one. Twitter connects journalists and reporters directly with the public. Google answers any question you throw at it. Pinterest—well, Pinterest isn’t all that revolutionary; but it is fun.

This level of unprecedented technological integration naturally leads to the question: what is it like to work for one of these companies? Companies that have directly or indirectly created thousands of  social media jobs? That have become a global economic pillar as they reach one in every four people worldwide?

Former and current employees tell us. The general consensus? Working for a big social media company can be fun, but it can also be competitive, frustrating, and often: rewarding. The perks are many. From free food, coffee and alcohol to fitness centers, laundry service, juice bars, and plenty on-site entertainment, social media companies seem to do their best to keep employees happy and dedicated.

Users of Glassdoor rated Facebook the number one company to work for. From highly competitive pay to great perks and a good work culture, its often touted as the tech industry’s place-to-be. But every company has its detractors. Caroline Moss and Maya Kosoff, writing for Business Insider, compiled a list of the best complaints from a series of Quora threads asking the question: what’s it like to work for Facebook?

One anonymous Quora user said her and her husband are hounded with complaints about the social network just because he worked for them. “As a Facebook spouse,” she said. “I was often asked for help on how to use the privacy settings solely on the basis that, being married to someone who works at Facebook, I must know.”

Engineers are occasionally assigned on-call duty. At any time of the day or night, they’re expected to be available if any maintenance needs to be done. “For those weeks I don’t leave town on the weekend,” said Facebook engineer Keith Adams.

“[I] make especially sure not to have ‘one too many’ at any social gatherings I attend; and most importantly, carry and immediately respond to a charged phone where I can be reached 24/7, including leaving the ringer on the nightstand as I sleep.” 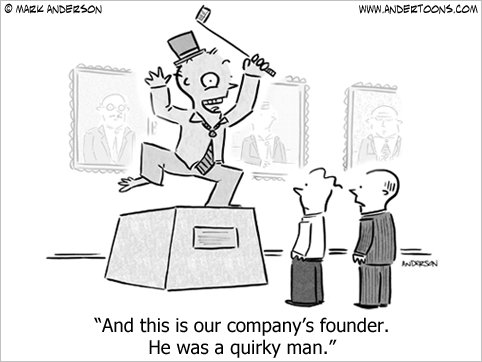 “At most companies, you put up a wall between a work personality and a personal one, which ends up with a professional workspace.” Because Facebook’s work culture encourages employees to “be themselves,” one engineer felt the company lacks professionalism.

He may also mean that “no walls” statement literally, as Facebook’s HQ literally has none. According to The Wall Street Journal:

“The headquarters space is a soaring fishbowl, a contiguous 434,000 square feet on one floor. No one has a private office, so that everyone, including Mr. Zuckerberg, is on view, accessible.”

Apparently, LinkedIn is a great place to work. “Working here has been a rewarding, challenging, and inspiring experience so far.” said one user on Glassdoor, a website that lets employees submit anonymous reviews of their company. Under Pros, they write:

“I can’t speak highly enough about this company. There are times I can’t believe I even work here. Beyond the free food, free booze, and the beautiful work spaces, the company is even better at hiring some of the smartest and friendliest people I’ve ever met. If you ever get the opportunity to interview here, do yourself a favor and study up, because you will NOT regret it.” 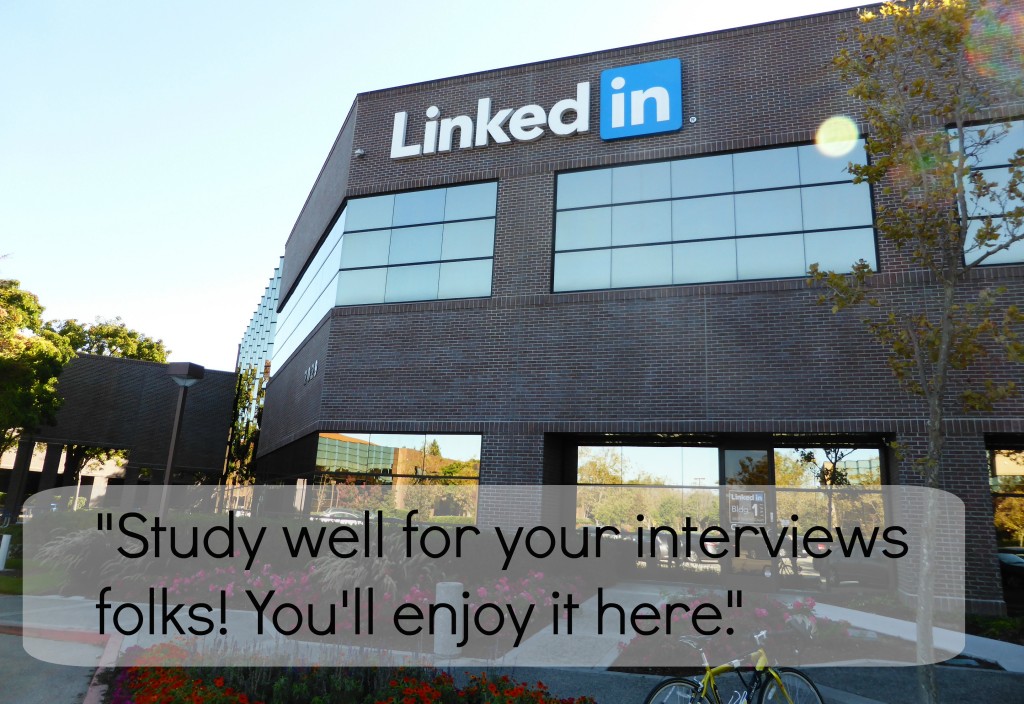 As for the Cons, they couldn’t find many.

“This isn’t really a con, but it’s something to keep in mind: because LinkedIn is so good at creating an awesome work environment, some employees tend to get too comfortable. Don’t mistake their kindness for weakness — do your job, get results and always do what’s best for you and the company.”

Most employees had a hard time thinking up cons. “Study well for your interviews folks! You’ll enjoy it here.” said one. 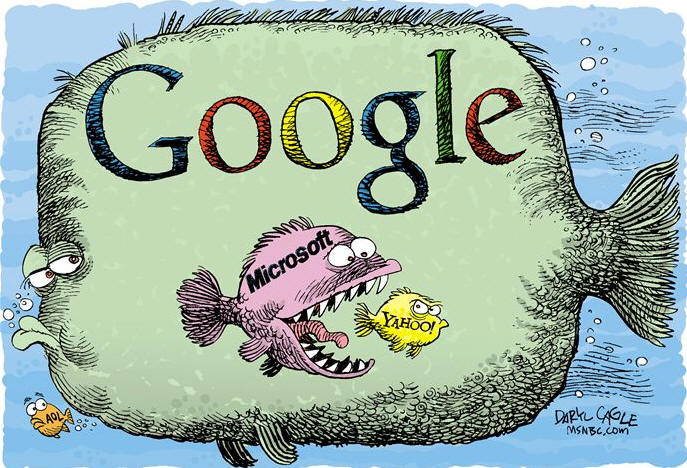 Google’s work culture is famously focused on fun and creativity. “You can’t find a more well-regarded company that actually deserves the hype it gets.” said one Glassdoor reviewer. But how does their work culture affect the daily grind? “It’s like never-never land – people never grow up. They drink at all hours, socialize constantly, play games, and do little to no work.” an employee said on Quora.

Not everybody agrees. “People are talking about how to build cool things, not about how to beat competition.” one reddit user said. “Really cool place for a passionate and smart young [developers] to work. You learn a lot very quickly, your chores (food, laundry, etc) are taken care of so you can focus on work, and fair opportunity for advancement.”

They went on to reveal some interesting insights about the inner-workings of Google. “Google is amazing at negotiating. It’s part of the lore among Googlers how they negotiated per-square foot rates for their early data centers, and then packed them with enough PCs to make the DC provider lose money on the energy bill.

“I have witnessed it with the food contracts in Seattle. It goes approximately like so: Google puts out feelers for a food vendor. A lot of companies are attracted by the brand—heck, it looks good if GOOG is on your customer list, doesn’t it? So they are willing to go commit to a bit less profitable contract with them. A couple months go by and they discover that they are losing money. Theee months in, there is a new vendor, and the story repeats itself.”

Apparently, not everyone who lands the Google “dream job” is content. 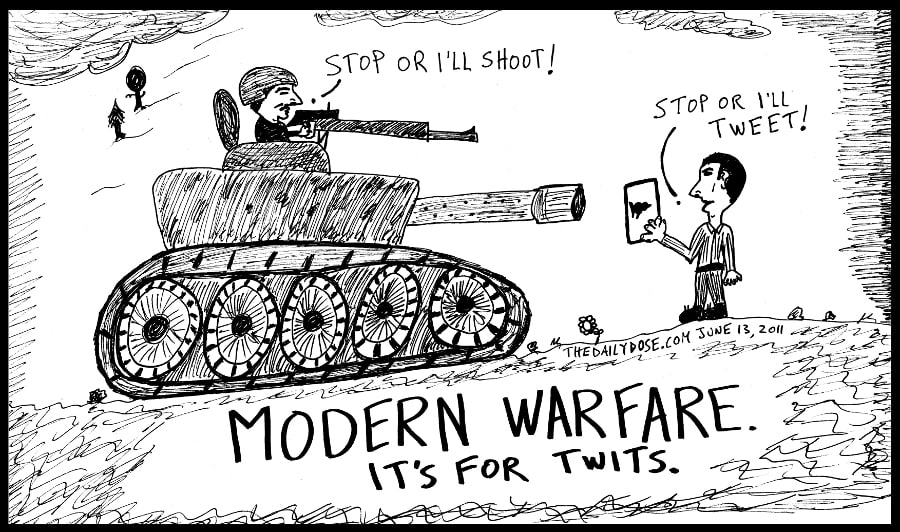 According to Glassdoor, most Twitter employees love their jobs. One employee opined:

“Everyone working at Twitter believes in the power of Twitter and the vision of the company. Twitter is making an impact on the world – and the employees are motivated to work hard to help the company grow. The work is interesting and constantly changing. The culture is vibrant and always full of excitement. There is a sense of community here that is unlike any other company – very supportive. Also, fun Friday happy hours! Breakfast, lunch, and dinner is provided – and the food is incredible. My personal favorite is the new smoothie/juice bar. You can work off the extra calories at the cross fit gym or yoga studio, or the SF fitness right by the office.” 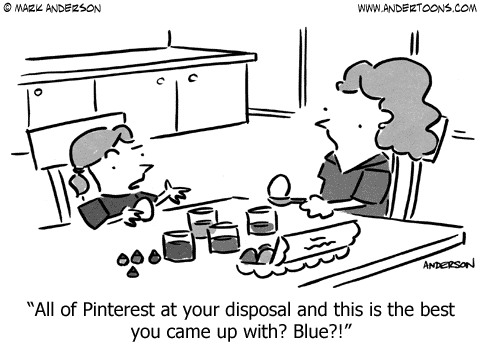 “It’s a very collaborative work environment, people are always respectful, and diversity is a big strength of the team. We’ve all had different educational and work experiences (former employers include Google, Facebook, Apple, Yelp, Quora, Rapleaf, Yahoo, Novell, PBWorks, and many others) and we use those different perspectives to inform our decisions better and build a better product and a better team. No single voice drowns out the others. We all recognize how important everyone else is, whether within engineering or across the company.

For example, within engineering, I know that my more theoretical and “proper” software engineering training is well-balanced by the hack-it-and-ship-it mentality of some other engineers on the team; I always feel like we come up with much better solutions to engineering problems together than any of us could individually. In working with the team outside of engineering, I love that what I build is beautifully designed and the messaging of it to the community thoughtfully crafted.

We work “normal” hours. Most people get in between 8:30 and 10 am, and leave between 6 and 8:30 pm. Weekends are weekends. Some people work from home at night and on weekends but it’s certainly not expected that we be cranking during all waking hours; and the work away from the office tends to be mission-critical firefighting and keeping the site up (oh, the challenges of scaling). All engineers do weekly rotations on PagerDuty as either primary or secondary, so on-call weeks can be more demanding, but we’re getting a lot better about site stability and we’re starting to do auto-scaling on our clusters so the types of incidents we used to get paged about are less of a problem.

There’s balance in people’s lives. It’s healthier and more sustainable long-term; plus how can we build a site about sharing interests if we don’t have interests outside of work?

Of course it’s very important to get things done, and at work we’re productive.

We sync up as necessary but beyond that meetings are rare and when they happen they’re short. As the team grows, we’re loosely organizing by project teams, each coordinated by a point person (who is not a lead or manager but simply someone who is taking on more of a coordination and task management role). These teams last for the duration of the projects but they’re not rigid assignments and we just try to do what makes sense to be productive. Everyone is comfortable talking to everyone else about anything.

We take breaks for foosball. It gets the adrenaline going so we can type faster afterwards.

There are occasional visitors to the office. One lady showed up a few weeks ago with a fancy gift basket that she and her sister had filled with handmade Pinterest goodies: T-shirts that said things like “To P or not to P” and “I P in bed”, crunchy pecans and toffee in crisp gift wrapping tied with red ribbons. She very enthusiastically told us how she and her sister adore Pinterest and heard that our office was by the Caltrain so they made the gift basket and she went to the station and walked around and asked random people on the street where we were, and then she found us. It was all very heartwarming.”