Last month, Google announced they would be returning to YouTube’s old “thumbs up/thumbs down” commenting system. Yesterday evening, the reversion went into full effect site-wide. This comes after widespread disappointment with the system they introduced in 2013, which required users to sign up with Google’s G+ service to make comments. YouTubers are already celebrating the change. 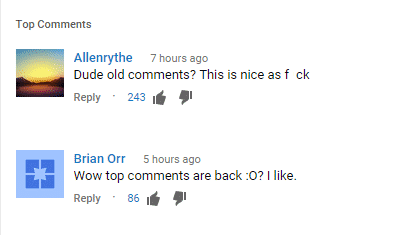 Why Did Comments Change to Begin With?

After Google’s acquisition of YouTube, the company struggled with the notoriously poor quality of video comments. Instances of bullying, racism, and homophobia were running rampant across the site, as it was simply too large to moderate. In 2009, The Guardian opined YouTube comments were “juvenile, aggressive, misspelled, sexist, homophobic, swinging from raging at the contents of a video to providing a pointlessly detailed description followed by a LOL,” and went on to say “YouTube comments are a hotbed of infantile debate and unashamed ignorance – with the occasional burst of wit shining through.” 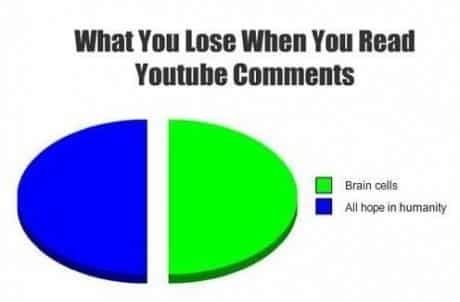 This certainly echoed the sentiments of visitors to the site. As Lev Grossman, writing for TIME magazine, put it:

“Some of the comments on YouTube make you weep for the future of humanity just for the spelling alone, never mind the obscenity and the naked hatred.”

So, what was Google to do? In what was widely considered a bad move, they overhauled the comments system to require less anonymity and, interestingly, to turn “Top Comments” into “Most Discussed Comments”. The idea was to increase transparency by requiring users to comment under their real names, therefore cutting back on the level of trolling and blind hatred in the comment cesspool. The move sparked immediate backlash, but not all reactions were negative. Writing for Newsday, Chase Melvin said:

“Perhaps user complaints are justified, but the idea of revamping the old system isn’t so bad.
Think of the crude, misogynistic and racially-charged mudslinging that has transpired over the last eight years on YouTube without any discernible moderation. Isn’t any attempt to curb unidentified libelers worth a shot? The system is far from perfect, but Google should be lauded for trying to alleviate some of the damage caused by irate YouTubers hiding behind animosity and anonymity.” 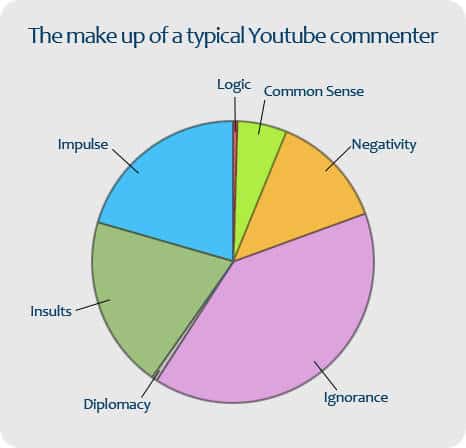 Unfortunately, it didn’t work. In fact, it kind of made things worse. The feature that drew the most ire was the “Most Discussed” system for ranking comments. In theory, it was to bring interesting and enlightening discussion to the forefront. But as any social media specialist could have told them, that isn’t the way it works in practice. Instead, the most controversial and argumentative comments turned out to be the most reply-worthy. The bullying continued, the racism continued, the homophobia continued, and now it couldn’t even be voted down—it was all front-and-center.

New Measures to Stop the Lunacy

In addition to the comments reversion, Google announced they had successfully tested a system which would cut back on 36% of the “junk comments”. Let’s hope it works, because one of the site’s biggest demographics remains especially vulnerable to hateful comments—children.

Google has also introduced ten new features for content creators, indicating a site-wide revamping of the way YouTubers will produce and upload content. On the 29th of June, they uploaded a video outlining the changes with this summary:

Curious about what we’ve been up to? Well, you’re in luck! We’ve squeezed ten things we’re working on for creators into this little list video. When will you get your hands on these features?? You’ll see some released in the next couple of weeks, while others will drop later in the year. Subscribe to our channel for updates on these announcements!

Watch to get the deets on:

You can watch the full video below:

Youtuber, Josh Paler Lin Is At It Again, Despite Controversy [Video]