BAAN NA TRAKUT, Thailand (SND) — A small village in northern Thailand hopes X-rated clay sculptures will bring rain. As part of a tradition that’s been passed down for more than a hundred years, villagers in Baan Na Trakut molded a group of three clay people posing in risque positions. To the right, “Miss Rain” and “Mr. Fog” get it on while “Mr. Cloud” watches on the left, enjoying a cigarette while he does so. 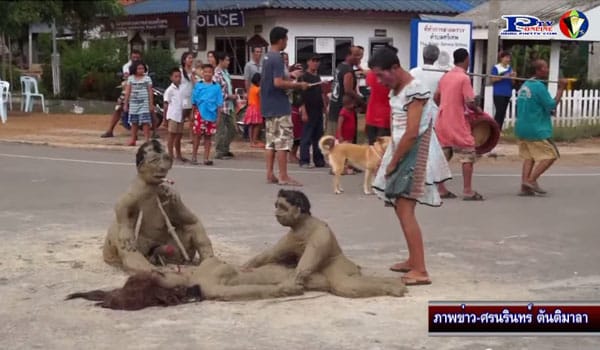 The idea is to embarrass the rain god so much, he’ll have no choice but to make it rain and wash the obscene sculptures away. The logic may seem airtight, but so far it hasn’t been effective. Maybe the rain god isn’t as much of a prude as the locals thought. 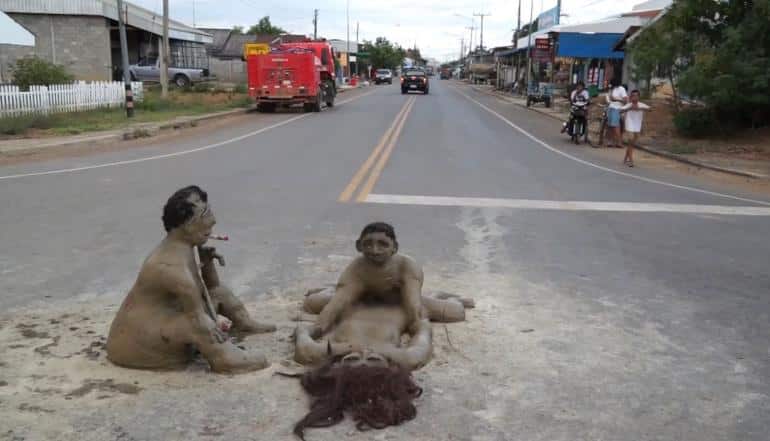 This isn’t the only rain-making tradition in Thailand. The aforementioned cat parade and a rocket-launching ceremony are also celebrated as a means of enticing the gods to open the floodgates. The travel magazine Thaiways explains”

“Thailand is an agricultural country. Most Thai people in the rural areas grow crops especially rice for a living. Their fate inevitably depends on the falling of rain that will give life and freshness to their crops. The farmers will greatly suffer if there is drought. So they turn to have faith in beliefs that can alleviate their worry, prolong their hope and give inspiration to them. That is why there are various kinds of ceremonies of praying for plenty of rainfall, different in forms from region to region.”