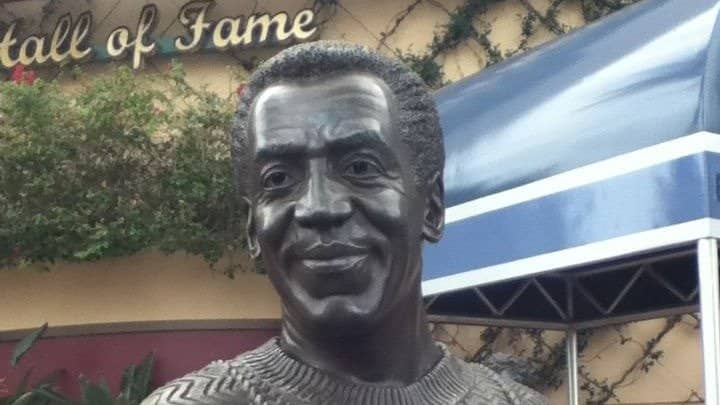 ORLANDO, Florida — Walt Disney World’s Hollywood Studios is removing a bronze bust of embattled actor/comedian Bill Cosby in response to a public petition. A Disney spokesperson confirmed the decision to remove the statue was made final when new revelations about the Cosby rape allegations surfaced this week.

On Monday, a 2005 deposition revealed Cosby admitted to buying sedatives with the intent to use them for sex. This correlates with the accusations of twenty-five women who have alleged Cosby raped, attempted to rape, or acted inappropriately with them.

Linda Traitz, who says Cosby was “sexually aggressive” toward her and “wouldn’t take no for an answer”, started a Change.org petition to have the statue removed. The petition’s description, which was written by her niece, states:

“In light of recent circumstances it is prudent that the bust of actor Bill Cosby be removed from Disney’s Florida theme park. The Disney name is synonymous with family-friendly entertainment and with Mr. Cosby in the media daily facing accusations of sexual assault with the number of victims ever-climbing, it is inappropriate for Disney Parks to have a replica of Mr. Cosby’s likeness on display.”

In 2014, Traitz recounted her experience with Cosby on Facebook, describing an encounter that frightened her but didn’t seem to progress further than that.

“When I was 19 years old I lived in Los Angeles and worked at a restaurant called Café Figaro, which was part owned by Bill Cosby. He used to come in from time to time and one day he offered me a ride home … I accepted.

Instead, he drove out to the beach and opened a briefcase filled with assorted drugs and kept offering me pills ‘to relax,’ which I declined. He began to get sexually aggressive and wouldn’t take ‘No’ for an answer. I freaked out and demanded to be taken home. I never went after him for this and have no financial gain to put myself out there like this. I’m 63 years old now and felt compelled to speak out. To all of you refuse to believe that a beloved actor could do this, you are wrong. Human failings come in all shapes and sizes. Does him being a famous actor exonerate him from this?”