Like seriously, we need to talk about theater etiquette one more time — when you’re watching a play, the first thing you do is either (1) turn off your phone, or (2) if you really just can’t bear to survive the play without it, at least leave it on Silent mode, and just leave it alone. In your pocket. Or your bag.

Apparently, someone didn’t get the memo.

An audience member made his way onstage out of nowhere at the Booth Theater, right before a performance of the Broadway hit comedy “Hand to God“. This pretty much caused the actors to raised their eyebrows, the rest of the audience to get worked up, and the set crew to stop the music and delay the performance by five minutes to unplug the phone. 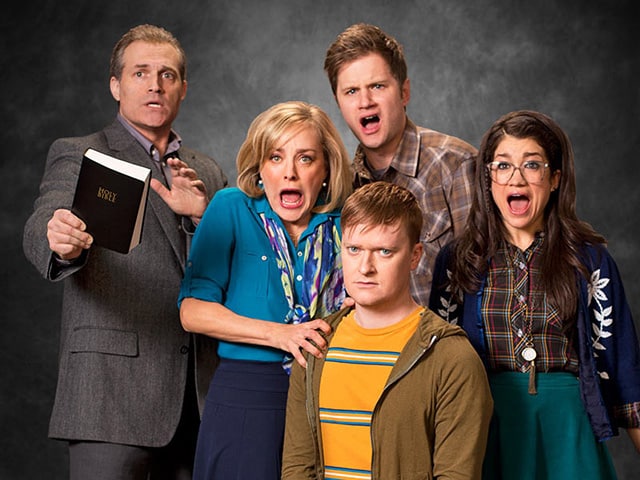 Fool audience member didn’t even think that the outlet onstage could have just been a prop. It was.

But wait, it gets better. We’re still not sure if said audience member was aware of the consequences of his actions, or if he was just to jacked up and did it on a dare. allegedly, upon the return of his phone, all he could say about the situation was: “Well, where can I charge it?”

Cast member Sarah Stiles and a number of the other audience members who witnessed the brazen stunt took their appalled and shocked emotions to Twitter.

A guy jumped on the stage and plugged his phone into the fake outlet on our set just before we started. @HandtoGodBway #fullmoon or #idiot ?

Dear general audience, an electrical socket that’s a part of the set of the play is NOT for you to charge your iPhone…..just an FYI…..

Yeah, just in case you missed it.

On a scale of 1 to stupid, trying to charge a phone using an onstage outlet at a Broadway show is off the fucking charts. #handtogod #jersey

Because, you know, there are better places to charge your phone. Like, at home. Before you head out to watch a play.

Some kid leaped onto the Hand to God stage before the show started to plug his phone into the outlet on the set. I can’t BELIEVE.

We’ve practically lost the ability to even.

Sunburn Art Is Now A Trend, A Really Dumb Trend