It’s said that an Aussie first coined the word “Selfie“, so it makes perfect sense that they step up to making performances in one of their most iconic centers for art as safe and annoyance-free as possible.

For short: Once you step inside the Sydney Opera House, no selfie sticks please. 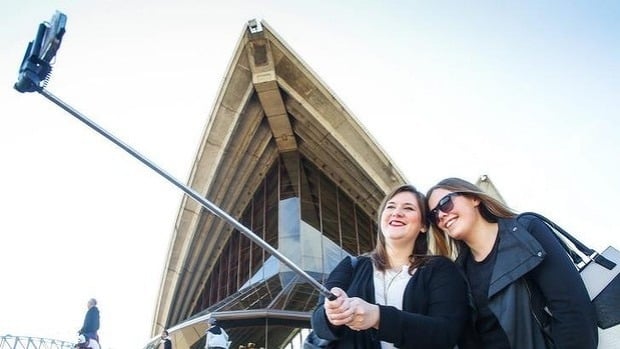 It all began when house staff noticed people whipping out their extension sticks right in the middle of performances. Some philistine shamelessly stick-selfied right in the middle of an aria in “Aida” — and the shot ended up all blurry, totally not worth the hassle. Others did the same thing in during the first interval of “Turandot”, extending it way above the heads of the other audience members seated in the row in front of them.

House staff (i.e., the ushers) will now be shutting down users who whip it out during performances. Selfies during intermissions are fine, but just use your arms. If it was good enough for Ellen and Co., it’s good enough for you.

“I love that people want to share their opera experience with their friends by taking selfies, with or without a stick,” says Lyndon Terracini, artistic director of Opera Australia. “I’m more than happy for audience members to do that before the opera begins or at interval, but not during the production when it could disturb performers or other patrons.”

So remember, selfie-stick all you want on the Sydney Opera House grounds outside, but put it away during the performance, because, you know, manners.

While we’re at it, here’s a quick list of manners to mind during an opera. Sure, it’s for kids, but we adults need some reminding every now and then, too.