A Streetcat Named Bob: How One Feral Cat Saved a...

James Bowen was down and out with his luck. He found himself homeless, surviving the chilly nights alone on the streets, struggling against his own addiction problem. All he had to his name were a guitar, and what little money he had left. However, his life changed for the better, thanks to an unexpected friend.

In 2007, James found an injured cat curled up on a step as he lived in a sheltered accommodation at the time. The cat was withering from an abscess on its leg, most likely gotten from a fight with another tom. “He gave me this look, almost saying, ‘help’, but also ‘sort it out’,” he recalls. He cobbled together what little cash he had for medicine and nursed the cat himself back to health. 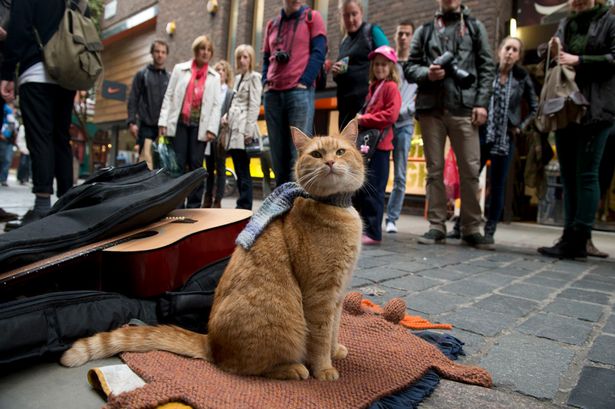 Once the cat bounced back on his feet, it became James’ constant companion. Bob followed James wherever the busker went. Whenever James played a few songs on his guitar, Bob would sit either beside him or on his bag with all the grace and poise befitting a cat. people began approaching the two more often, staying to chat a bit, petting the sweet feline, taking pictures, and graciously contributing to their living funds. Bob travelled wherever James went, often balancing himself on his human’s shoulders or sitting beside him whenever they had to take the train or the bus. In time, Bob gained a harness for his safety, regular trips to the vet, and also got neutered and microchipped for his health.

The street cat that almost died on a cold and lonely city step helped James turn his life around. ‘He’s what I wake up for every day now,’ he says.

Bob and James soon gained attention through social media all over the world. In2010, James had published his first book, “A Streetcat Named Bob — And How He Saved My Life”, which became a best seller in no time. The author says, “Our story seemed to connect with people who were facing difficult times in their lives. Hundreds of them wrote to me or contacted us via social media. I was immensely proud.” 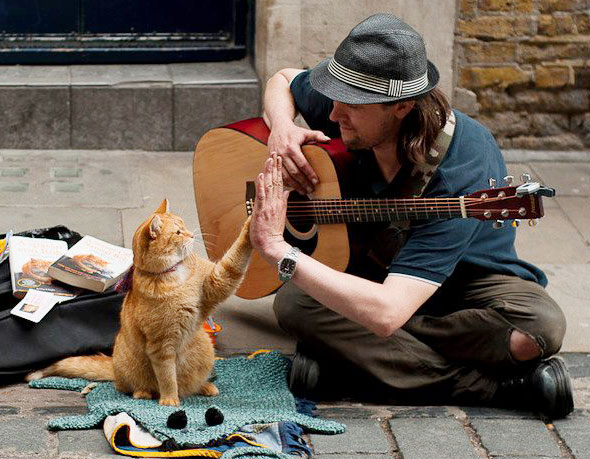 At present, Bob and James live in a rented flat. James is currently writing a series of books for children, seeing the world through Bob’s eyes. Bob himself chooses the art by placing his paw on his approved illustrator.

“Lots of artistic people have cats,” said James. “The thing about artists and cats is that cats are the owners of their own souls. They don’t have a master, and artists feel that way too sometimes. A person can find a cat their muse. Bob is my muse.”
Watch a mini-documentary on the pair here: