by Timothy Bertrand 7 years ago8 months ago

REDDIT (SND) — The “front page of the internet” continues to protest the firing of admin Victoria Taylor. The site’s moderators are demanding more transparency and better communication between the reddit staff and community. Some users are even calling for CEO Ellen Pao to be replaced by Taylor.

The incident has led some to speculate we might be facing the reddit apocalypse, as more and more subreddits shut down in protest. Those fears were further stoked when “Reddit Alternative” spiked in Google’s search terms. 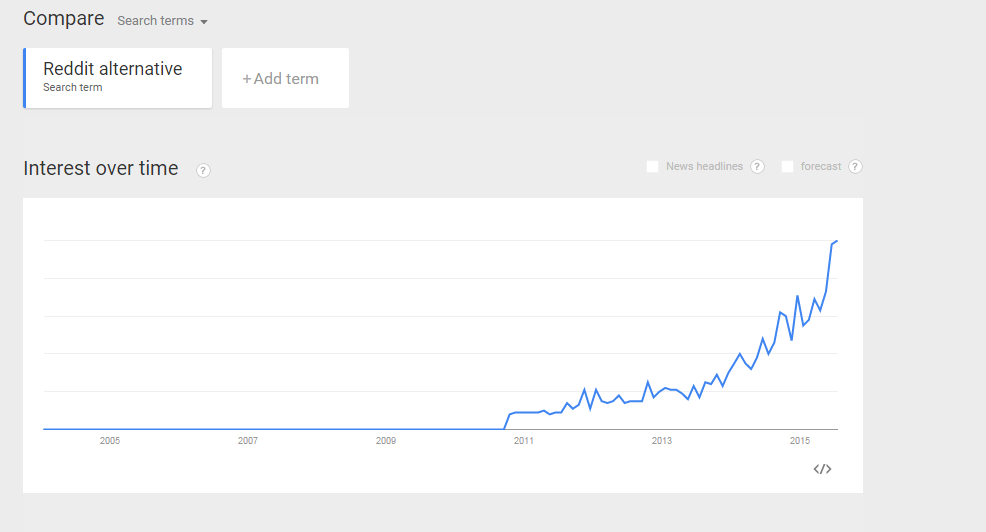 The initial userbase of reddit was comprised primarily of former Digg users, and now it seems another migration might occur if reddit’s admins don’t make progress with the community. Ironically, Digg is launching a revamped version of their website today.

Attempts by admins to reconcile the issue have been met with scorn. Many accused Executive Chairman Alexis Ohanian, who posts under the handle /u/kn0thing of being smarmy and not taking the issue seriously after he posted the irrelevant comment “Popcorn tastes good” in response to a user’s question.

“I was stupid. I’m sorry for that. Believe me, I know I owe everything to millions of random strangers on the internet and a few key people along the way who believed in me and took a chance on me. We’ve got a lot of work to do and we can’t fix it overnight, but we know we have to fix it longterm.”

On the whole, users have handled Victoria’s firing like we’d expect them to: outrage, humor, and… more outrage. Amidst the chaos, the community always has room for laughs, as revealed by the images posted to the few operating subreddits.

Some admins just want to watch the world burn.

If this is the end, it’s been one heck of a ride.

Gentlemen, redditing with you has been the greatest honor of my life.