Jurassic World hit theaters last month, and while the critics agreed it doesn’t really hold a candle to the 1993 original, everyone agrees that it’s a heck of a lot of fun. Much attention has focused on the film’s star, Chris Pratt. Unless you’ve been living under a rock, you’ve probably seen a few recreations of this scene from the film: 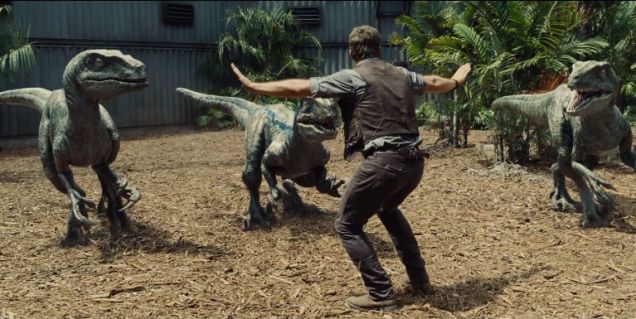 We thought we’d compile a list of the very best memes, in a piece we’re calling: The Absolute Best of the Chris Pratt Jurassic World Memes. Clever title, isn’t it? 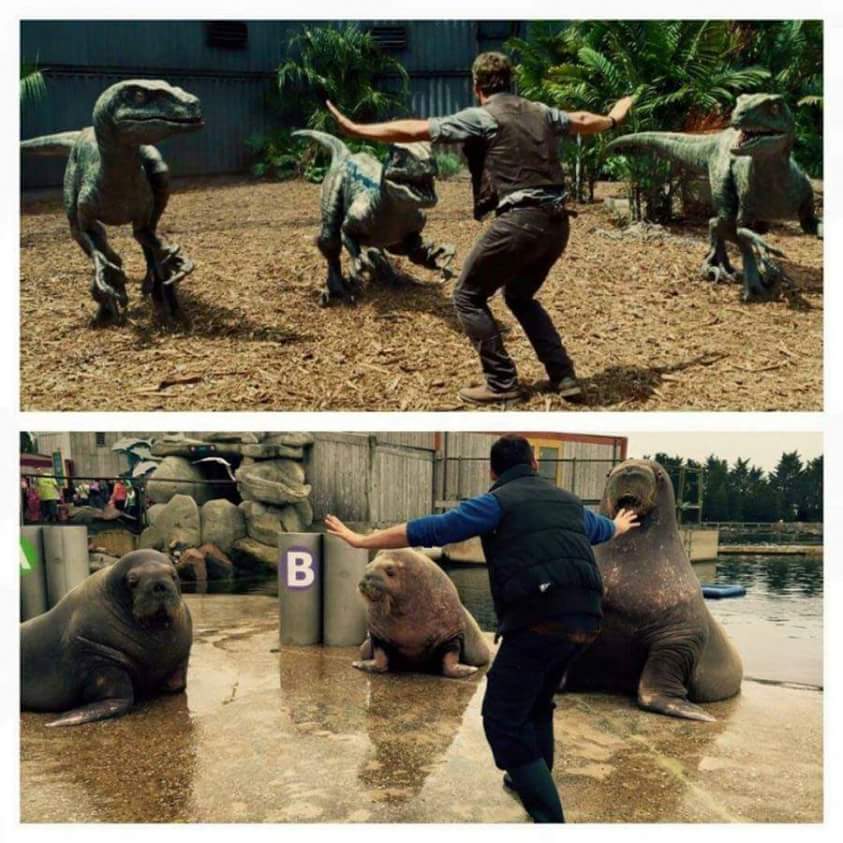 Though it probably never occurred to the film’s producers, Owen Grady (Pratt’s character in Jurassic World) is an inspiration to zookeepers everywhere. He’s smart, sexy, a total badass, and he gets to pal around with velociraptors. As such, zookeepers around the world have staged their own recreations, featuring a variety of animals.

We are recreating Chris Pratt's raptor control from #JurassicWorld – with our Southern White Rhinos! pic.twitter.com/ntnm1UsibJ

Not to kill the mood or anything, but those rhinos could soon go the way of the velociraptor. Let’s hope scientists won’t have to take a page from Michael Crichton’s novel and resurrect them with frog DNA.

The Kids Get Involved

Chris Pratt posted this one to his Facebook, along with the caption:

“Thank you to the parents of this little one. You’ve made my day. Oh man! I’m crying laughing.” 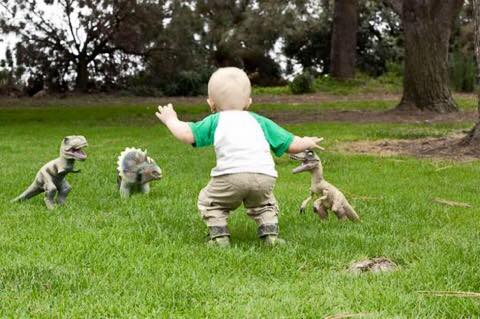 Pratt recently visited a children’s hospital, and couldn’t resist making a recreation of his own. 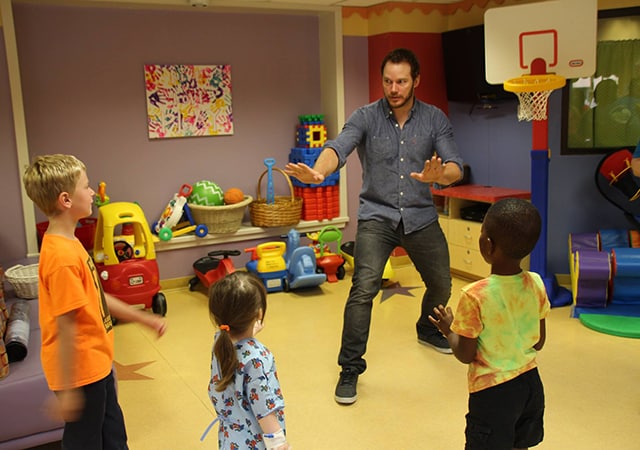 Here’s a dinosaur handler in training: 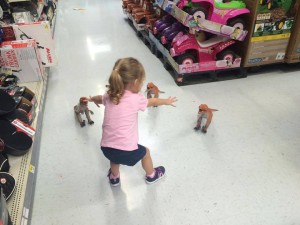 These aren’t recreations, but they’re just too good not to include.

In Conclusion: Why the Internet Loves Chris Pratt

Chris is a hot commodity in Hollywood right now, and his charisma, charm, and witty sense of humor has turned him into one of the country’s most beloved actors. He began his rise to fame on NBC’s Parks and Recreation, where he played the lovably dumb “MouseRat” vocalist Andy Dwyer. His big break came in the form of leading roles for the wildly successful films The Lego Movie and Guardians of the Galaxy.

There’s nothing the internet loves more than actors who are decent people in real life. Soon after his breakthrough success, Pratt demonstrated just how decent he is when he made several visits to children’s hospitals in character as Star Lord.

Star Lord (@prattprattpratt) cheered up our patients by sharing #GuardiansOfTheGalaxy! Thanks for making them smile! pic.twitter.com/kVsZIToZ73

Jurassic World Global Trailer Released, “If We Do This, We Do It My Way” [Watch]