A UK High Court has demanded that Facebook take down a page that publicly outs convicted sex offenders and pedophiles.

The ultimatum: Facebook has exactly 72 hours to take down this page, called “Keeping our kids safe from predators,” which posts personal information and photos of child predators in Northern Ireland.

This decree is part of a settlement to the lawsuit brought to court by an anonymous sex offender (known only as “XY”) who feels as though the Facebook page is stepping on his rights. Citing harassment, misuse of private information, and a violation of his privacy, he is in fear for his personal safety and doesn’t want to be publicly degraded or insulted because he’s a sex offender.

Facebook has already removed posts about “XY,” but that’s not good enough for the judge. He wants the whole thing gone altogether.

“Society has dealt with the plaintiff in accordance with the rule of law. He has been punished by incarceration and he is subject to substantial daily restrictions on his lifestyle,” said the Judge.

The operators of the Facebook page are responding to its potential removal by putting up another page that does exactly the same thing, warning their fans of the imminent shutdown, and directing them to the new page titled “Keeping our kids safe from predators 2.” 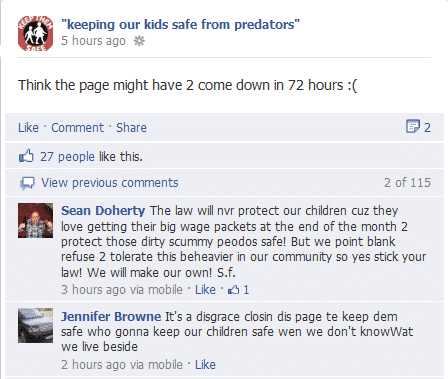 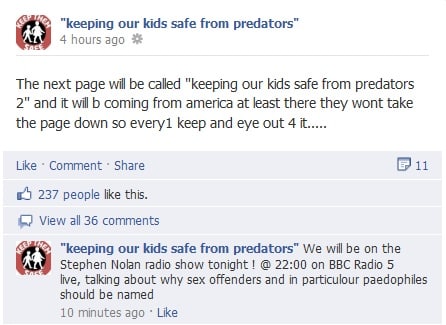 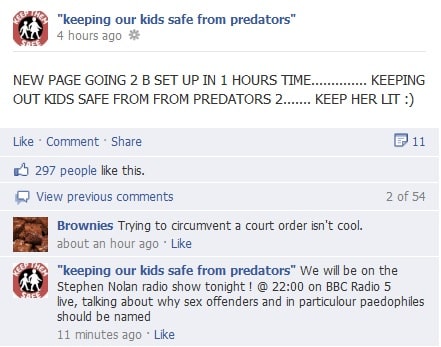 You’d think it’d be easier to just not be a sex offender.

What do you think? Facebook already prevents sex offenders from starting and operating a profile, but should social law protect them from other users?