“Hey there! I’m a cast member at Disneyland in California.” The post begins. “I work the Star Tours, Autopia, and Monorail attractions, but I have a general knowledge of how attractions at Disney work in general.” As proof, they offered a name-tag with their reddit handle, EnglishMobster, obscuring their real name. 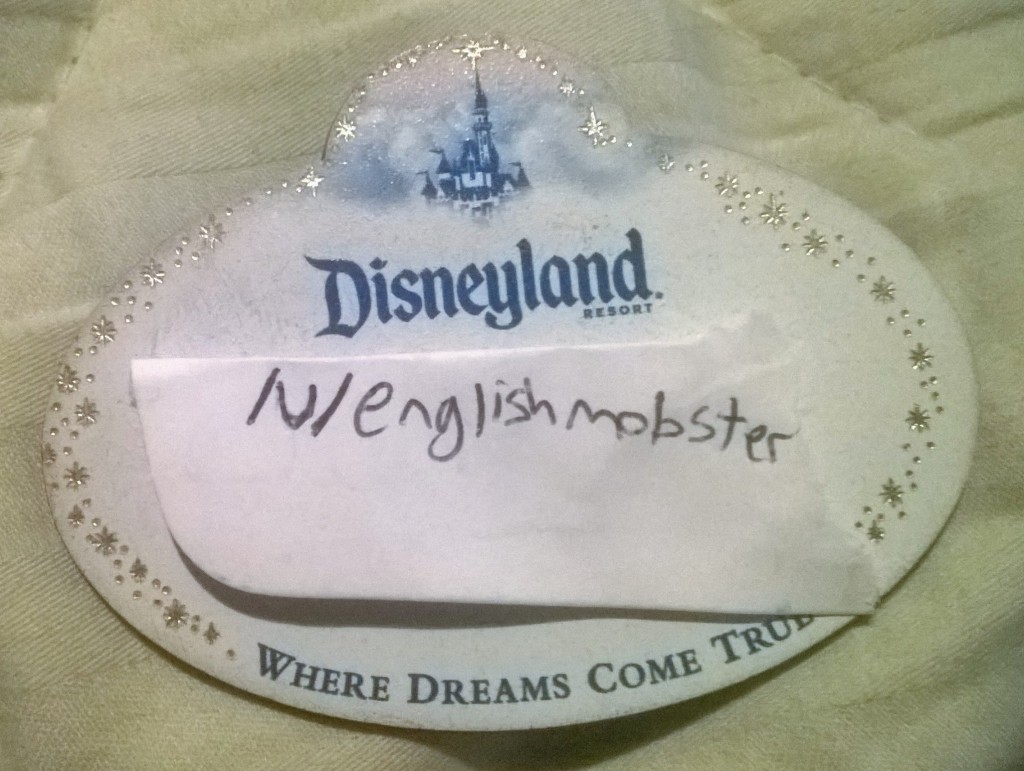 The Envelope of Protection

“We have a thing called the ‘Envelope of Protection.’ Basically, all attractions made since 1965 are designed in such a way that the human body cannot reach out and touch anything. […] This means that when a rollercoaster is going 45 MPH, you can have your hands out and you won’t get hit (it’s not a good idea to test that, however — we do tell you to keep your hands and arms inside the vehicle at all times).”

Disney tests their rides using a specially designed vehicle that looks more like a medieval weapon than a safety measure.

“A selfie stick is effectively an extra three feet that you can dangle out in any direction. The attractions weren’t designed for that, and your selfie stick can hit part of the attraction. When you’re going 45 MPH, that can seriously damage the attraction and your phone/camera. The selfie stick will likely fly out of your hands and in a worst-case scenario can either hit someone else on the ride (injuring them) or land on the track and derail the sled behind you. One of our largest rollercoasters derailed because someone’s backpack fell out once, and we don’t want to risk a selfie stick causing the same issues.”

The roller coaster he mentions is California Screamin’, a 6,072 ft steel coaster that temporarily shut down in 2011 when a backpack fell onto the track. Passengers were left stranded for over an hour.

“We originally tried banning them on rides where they could affect some show element or impact part of the ride — any ride with animatronics that could be poked, and any ride moving relatively fast through areas your selfie stick could hit. People still kept bringing them on the rides and kept dangling them out of the ride vehicles — and again, if your selfie stick hit something, it could endanger the safety of yourself and those around you. If we saw it come out, we had to stop the ride and ask you to put it away. Some rides can’t restart very easily and could take up to 2-3 hours to restart fully (all sleds have to be pushed back to the station so they can begin cycling again, then several cycles have to complete to make sure everything is still okay).”

For months, Disney had placed ‘No Selfie Stick’ warning posters on several of their rides. It wasn’t enough to stop guests eager to capture an epic selfie. “Lesser steps weren’t having an effect,” EnglishMobster said. “So we moved to an all-out ban.”

“It was totally because of the rides, and it was totally because guests weren’t listening to us Attractions cast members. If people had listened to us and not taken out their selfie sticks on rides, they would still be allowed in the park — but people don’t listen (or don’t care) and think that their awesome selfie is worth potentially endangering others. You can still wear your GoPros and stuff — we’ve been told that mounting your camera on your head is considered a “hat” and mounting a camera on your wrist or hand is considered a “glove,” so they’re allowed. But you can’t bring in any kind of grip or pole that could potentially break our Envelope of Protection.”