Greek Street Art a Flurry of Emotion Over Bailouts [Photos]

Graffiti is one of the few tools you have if you have almost nothing, and even if you don’t come up with a picture to cure world poverty you can make someone smile while they’re having a piss. — Banksy

Greece has hit a historical financial rock bottom on an international scale, after having struggled for five years, including three bailouts, is very close to defaulting their loan with the International Monetary Fund. Should Greece fail to pay its bailout, it will become the largest country to default in history. The government is showing no signs or any willingness to cut is spending , and with only one out of five ATMs dispensing money at a very limited amount (only 60 euros per withdrawal), it’s no wonder anger is starting to bubble to the surface.

Street Art has always been a way for people to voice out their sentiments, whether against the slings and arrows of life or the turning of the tides of a nation. The street artists of Greece have taken to Athens’ public space walls, scaling towering buildings, and subtly slinking into residentials spaces to paint their woes and send their message. 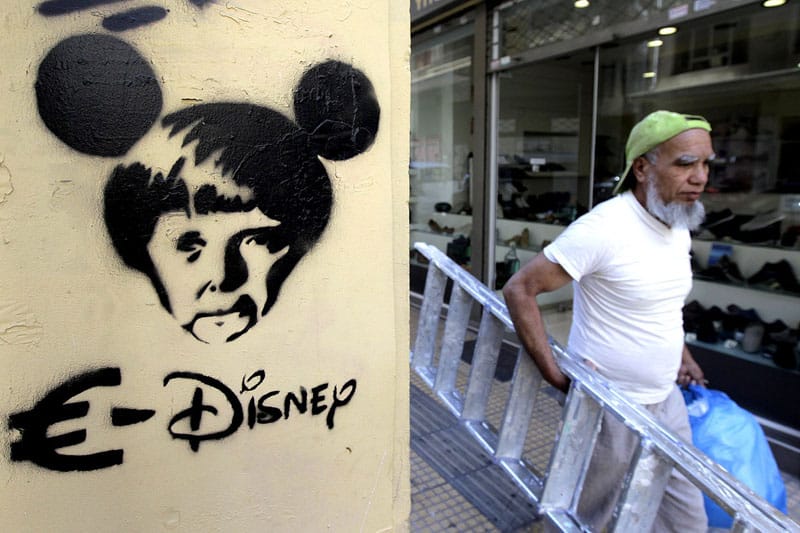 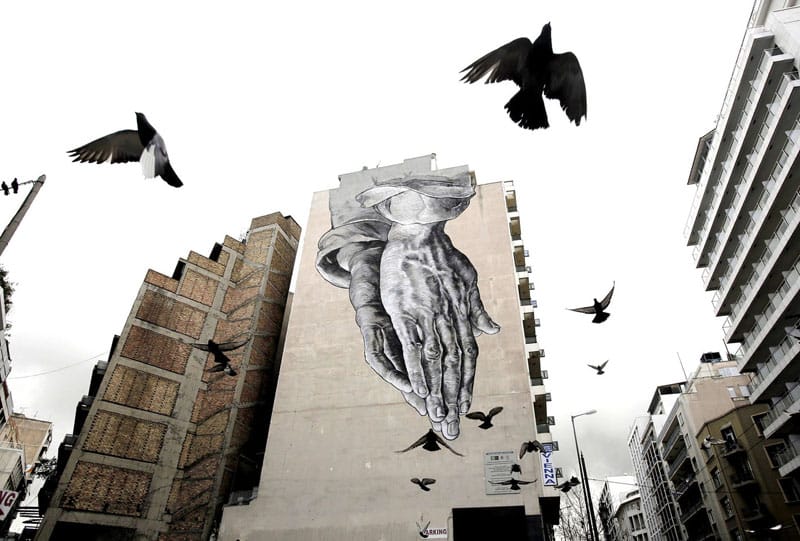 This perhaps is a form of protest that is much quieter, less rowdier than rallies, but still carries the same visceral punch, gets the message across, and sparks emotions and discussions among viewers. Some artists have chosen to create sweeping murals along sidewalks and demolished walls; others have taken to painstakingly creating enormous wheat paste images spanning the sides of abandoned buildings. These images have become the silent voice of the Greek people. 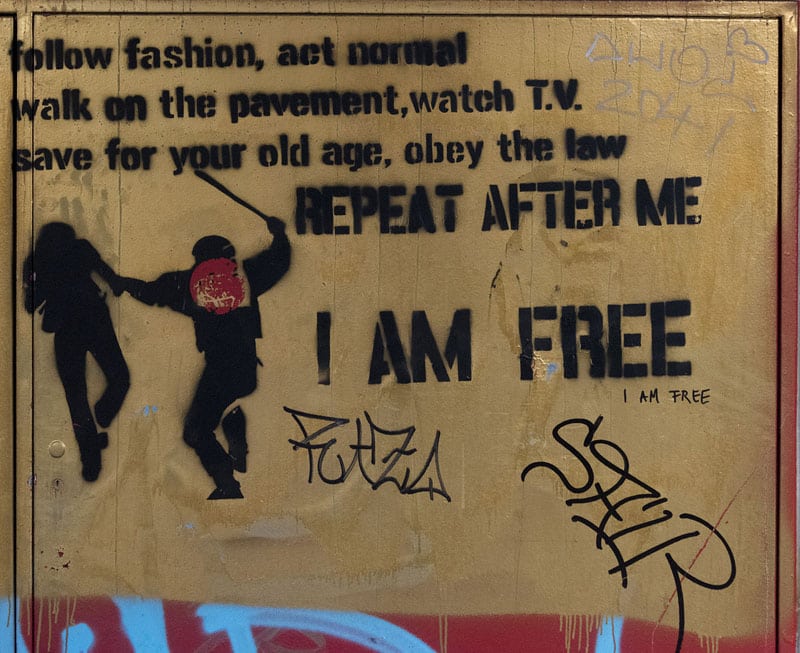 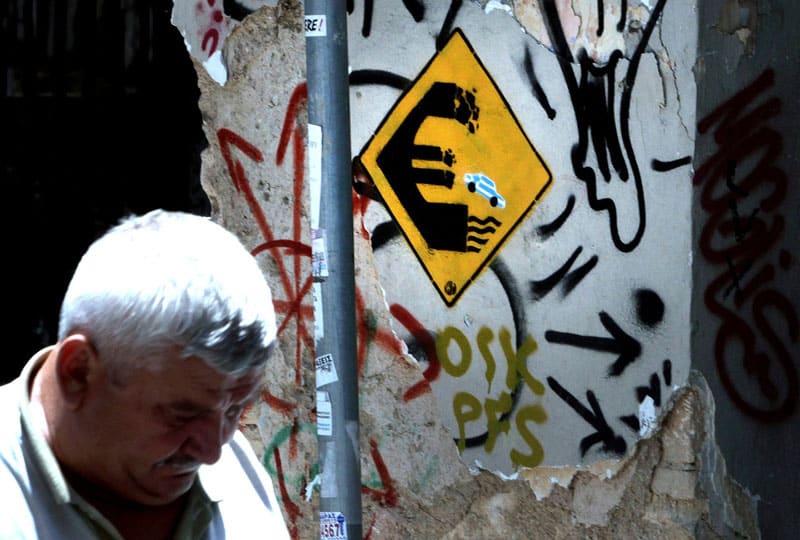 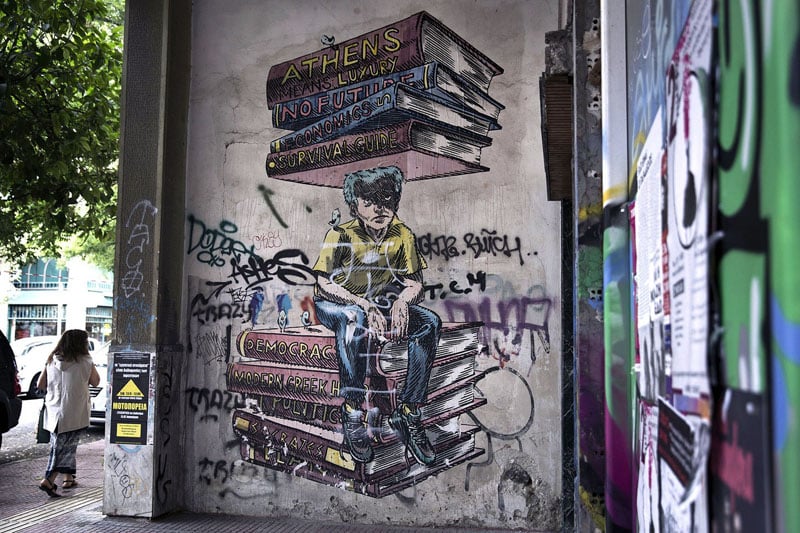 The hardships of its people and the noisome burden of unemployment have become recurring themes in the art. A good number of pieces also harken to the golden age of Greece, recalling that the islands and the city of Athens itself was once the bedrock of civilization’s learning and progress. the artists beg the view to ask: whatever happened? 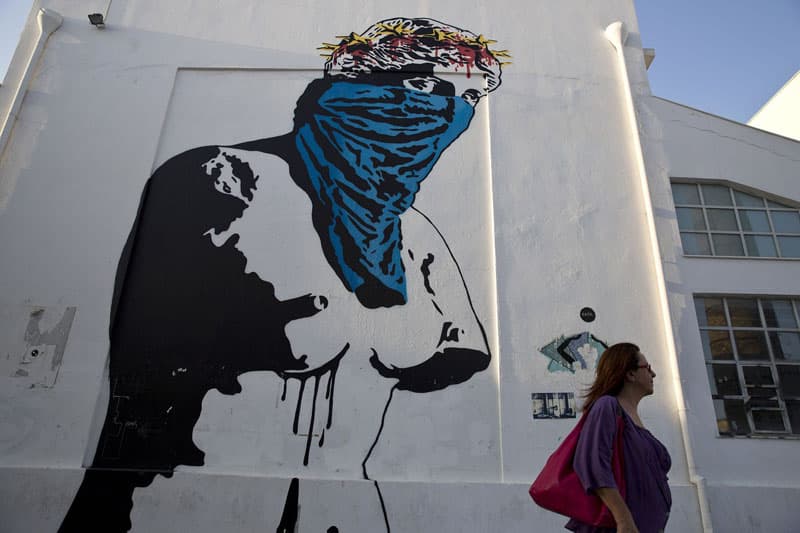 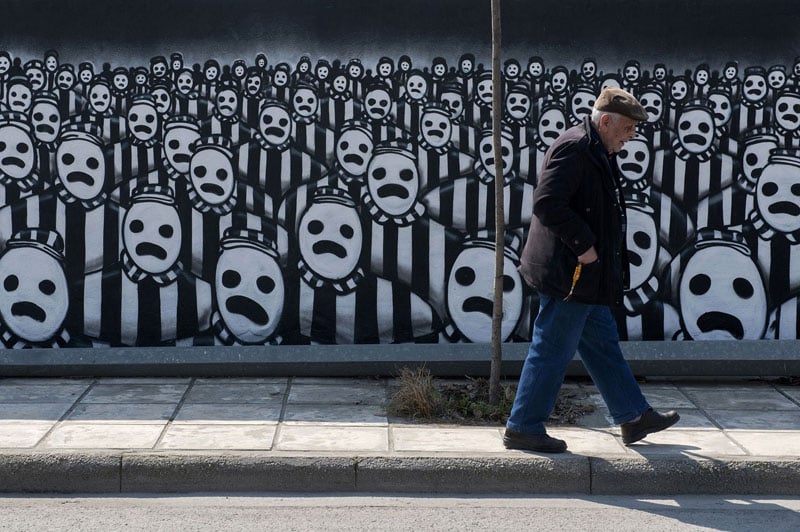 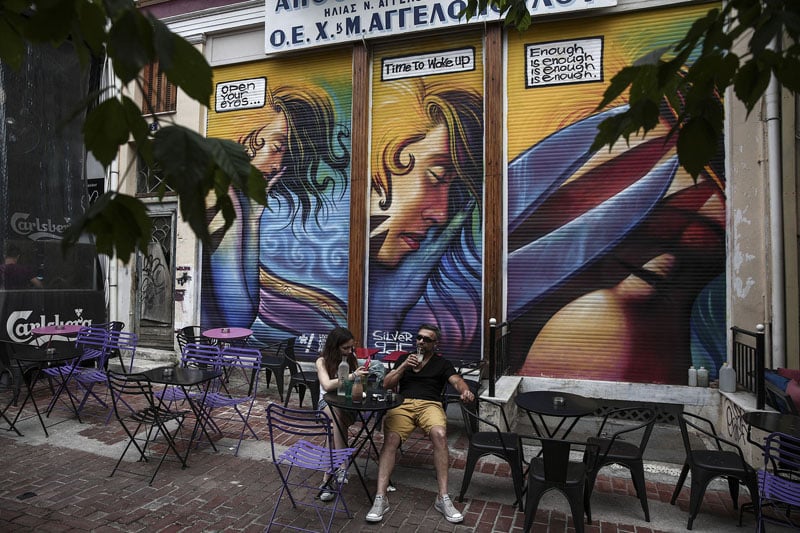 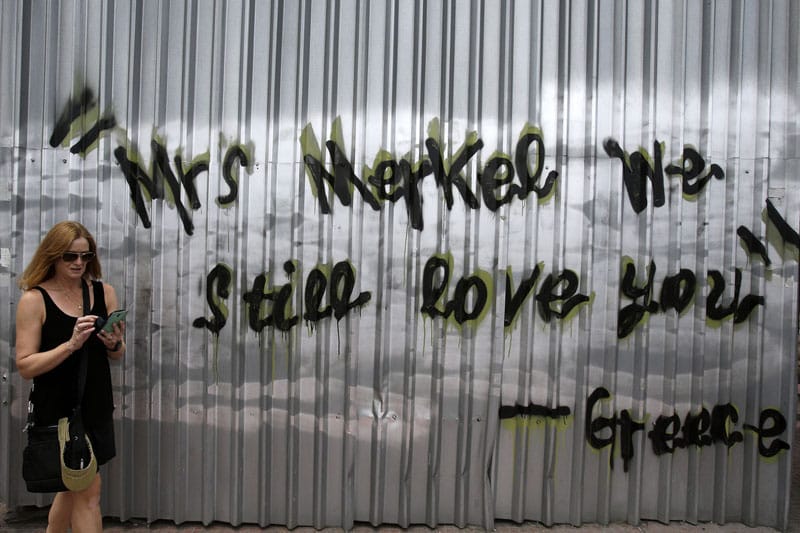