Famous Prostitute, Air Force Amy Says She Should Be On...

The famous Bunny Ranch prostitute is making a case for her image to appear on the new $10 bill. Amy, who works at the famous brothel in Carson City, Nevada, says she is everything that the Treasury Department is looking for.

“The Treasury Department has said that they want the honoree to be a symbol of democracy and women’s equality,” she said. “In the Air Force, I served this country and fought for her freedom. And as a courtesan, I have elevated women’s power within the business to the level of six figure incomes and the ability to control their own destinies.”

Not only is she a veteran, but she has been featured on the HBO series Cathouse.

“I’ve dueled with many of the girls at the Bunny Ranch. They’re gone, and I’m still here. If Alexander Hamilton had me with him back in 1804, it would’ve been Burr who didn’t survive,” Amy joked. 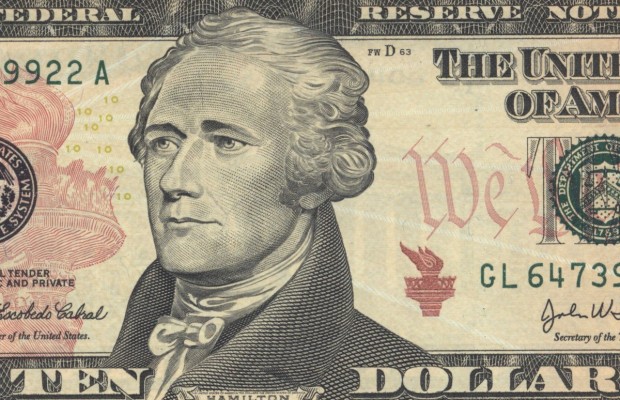 The Treasury Department announced earlier this month that they were going to replace Alexander Hamiliton’s iconic head on the 10 dollar bill with a prominent woman figure. Treasury Secratary Jack Lew will make the final decision. Maybe he is a fan of Air Force Amy?

While she is making a good case, she has one small problem. She isn’t dead. The people featured on U.S. currency must be dead. But, hey, Amy says she lives a fast life. You never know what the future holds.

“This bill isn’t getting minted until 2020, and I may not make it that long,” she quipped. “Go ahead and plan for me, and if I’m still around we’ll give it to a secondary choice who’s not.”

Here Are Some (Legal) Prostitute Selfies, Because Why Not [Photos]