The Wizard of Oz is a classic film favorite and Avengers: Age of Ultron has been a box office hit. So, what happens when you take the two cinematic gems and put them together?

The creative mashup is the brainchild of artist, Darren Wallace. Wallace was inspired by the question if he replaced the characters in Avengers: Age of Ultron with Wizard of Oz character. The results were epic. Wallace casted the Tin Man as Ultron, the Cowardly Lion as Thor, the Scarecrow as Captain America and Dorothy and Toto as Black Widow.

Uploaded to YouTube on Friday, the video already has more than 700,000 views and counting.

This isn’t the first time that the Wizard of Oz has been the centerpiece of some crazy mashup. 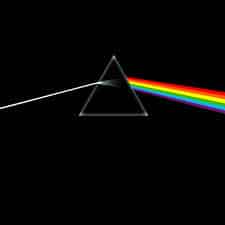 Anyone remember the rumor that the film goes perfect with Pink Floyd’s Dark Side of the Moon? Unfortunately, that’s not true. The sound engineer for the album even denied any connection to the movie:

“It was an American radio guy who pointed it out to me. It’s such a non-starter, a complete load of eyewash. I tried it for the first time about two years ago. One of my fiancée’s kids had a copy of the video, and I thought I had to see what it was all about. I was very disappointed. The only thing I noticed was that the line “balanced on the biggest wave” came up when Dorothy was kind of tightrope walking along a fence. One of the things any audio professional will tell you is that the scope for the drift between the video and the record is enormous; it could be anything up to twenty seconds by the time the record’s finished. And anyway, if you play any record with the sound turned down on the TV, you will find things that work.”

So, it seems like Avengers of Oz: Age of Tin Man will just have to do…