Warner Bros. to Cease Licensing on “Dukes of Hazzard” Toy...

As Governor Nikki Hayley called on South Carolina to take down the confederate flag from its place in State House, so did many powerhouse retail companies follow suit.

Walmart was the first to announce that it would cease selling all copies of the confederate flag, as well as all merchandise emblazoned with it.  Amazon, Ebay, and Etsy have in turn followed Walmart’s lead. Target has confirmed that it does not carry any confederate flag merchandise, nor does it plan to. 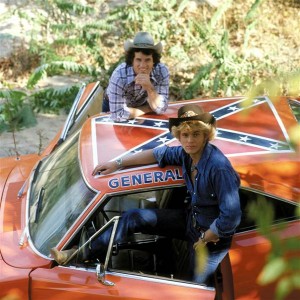 Warner Bros. is now the latest company to follow in their ranks, announcing that they will no longer license “Dukes of Hazzard” toy cars and merchandise with the confederate flag on them.

The action TV series, that ran from 1979 to 1985, features the escapades of the Duke brothers, Bo and Luke, as they drove around in their iconic Dodge Charger dubbed “The General Lee”, getting caught in situations and foiling the seamy plans of crooked county commissioner Boss Hogg.

Yahoo Autos reached out to Warner Bros. Consumer Products, the department in charge of licensing toys for the series. this what they had to say on the matter: “Warner Bros. Consumer Products has one licensee producing die-cast replicas and vehicle model kits featuring the General Lee with the confederate flag on its roof–as it was seen in the TV series. We have elected to cease the licensing of these product categories.” 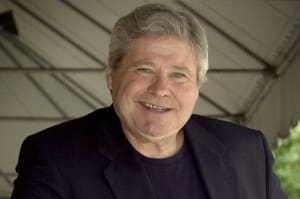 This isn’t the first time Warner Bros. has been put in the confederate flag hot seat. Back in 2012, rumors circulated that Warner Bros. was removing the confederate flag from the roof of their die-cast General Lee toy cars. Ben Jones, who played the mechanic Cooter Davenport in the show, was deeply upset and wrote a disapproving letter to the press, calling the move “narrow-minded” and “elitist”.

“More than 33 years since the show premiered on CBS-TV on Friday nights, Warner Bros. has issued a new and terribly insulting attack on the South, a region and a culture which Hollywood has trashed for decades,” Jones wrote. “Some unnamed genius at the company feels that the flag is ‘offensive to some’ and therefore it has no business on a classic TV comedy about a bunch of good ol’ boys and girls in the Southern mountains. This is a new level of “P.C.” idiocy. I don’t know about you, but I am tired of being insulted by morons.”

Charleston Police Chief: “We Are Not Leaving Any Stone Unturned.”