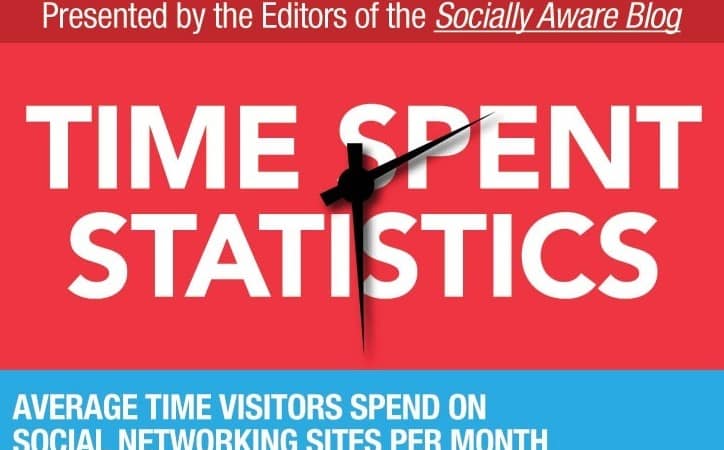 Facebook has over one billion users and many have the social network open while watching TV, according to a new infographic put together by Socially Aware. 29 percent of Americans use the service while they watch TV.

The infographic covered multiple areas from time spent on social networks to the number of people who have a social media account.

When it comes to the average time visitors spend social networking each month, Facebook is number one at 6.75 hours per month. Tumblr and Pinterest are tied at 1.5 hours with Twitter at just 21 minutes. LinkedIn treads at 17 minutes while Google+ is far behind at three minutes.

Social networking use more than doubled from 2.7 hours per month in 2006 to 6.9 hours in 2011. Because of this, other areas have decreased.

18 percent of all time spent online is from social networking. 56 percent of people in the US have a social media account and 22 percent access their accounts at least several times per day. For a full look at the infographic, check it out below.

Israel’s Iron Dome has protected the country against missile attacks for years. The Iron Dome in Israel is the biggest of its kind in the world. No other countries in the world use the same air defense system, meaning it is one of a kind. The tension between Israel and Gaza has been going on… END_OF_DOCUMENT_TOKEN_TO_BE_REPLACED

The world is devastated by the news that Britain’s Prince Philip, the Duke of Edinburgh, has died at the age of 99. Palace media confirms that the Duke has expired mid-day today, April 9th. The announcement did not contain any specifics on the cause of death. The United Kingdom will enter a state of national… END_OF_DOCUMENT_TOKEN_TO_BE_REPLACED

Who would have known that religious prophets would be among the most loyal supporters of former President Trump? In fact, it has been observed that the most conservative Christians may have been the right amount of push for Trump’s presidential win back in 2016. Since Trump’s election back in 2016, numerous self-proclaimed “prophets” have been… END_OF_DOCUMENT_TOKEN_TO_BE_REPLACED