Potholes have long been a problem in India, and sometimes the local government can take a while to pay attention to them and have them fixed. The long-suffering people of Bangalore have accepted potholes to be a fact of life when the rainy season comes, and do their best in their daily commute to get around them. When a humongous twelve-foot-long pothole presents itself in the middle of a busy throughfare, what does 36-year-old visual artist Baadal Nanjundaswamy do? Oh, what any cheeky artist would do, really: put a crocodile in it.

“A drinking water pipe broke about a month ago. The subsequent rain and constant traffic has eroded the road creating a big pot hole. Authorities have showed no response to rectifying it. Locals have complained to the BBMP and the BWSSB to no avail. I am hoping they will take some action now,” Nanjundaswamy grins.

The life-sized crocodile is made out of fiberglass, measures nine feet in length, and weighs about 20 kilograms. This reptilian labor of love came out ofNanjundaswamy’s pocket, costing him Rs 6000 (about $95.00) to put it together. It’s an investment that certainly pays off for itself in reactions, as curious bystanders and commuters lingered for hours watch the artist at work. One civilian, Mahesh Kaveri, was about to scream for help spotting the large croc, but caught himself in time realizing it was just a piece of art.

Love and support for the artists came in droves on his Facebook page. A man of few words, he had only this to say in sincerity:

This isn’t his first time turning pothole problems and other road worries into works of art. His work has a cheeky, whimsical and sometimes cautionary vibe to them. 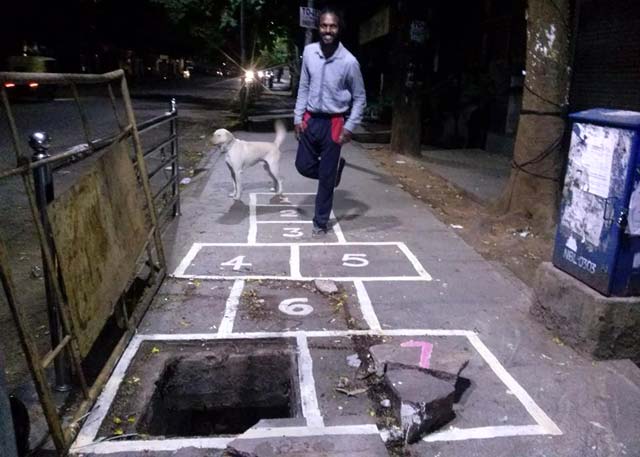 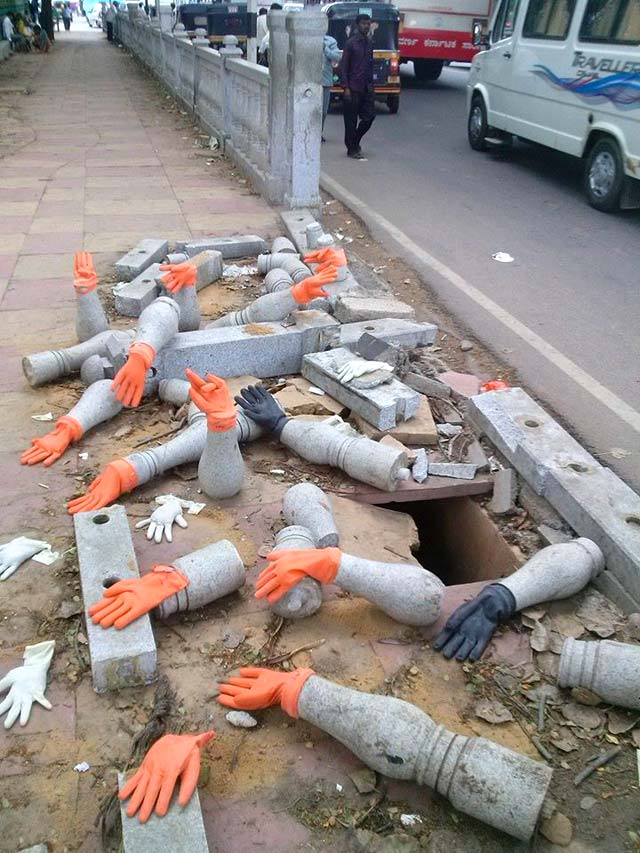 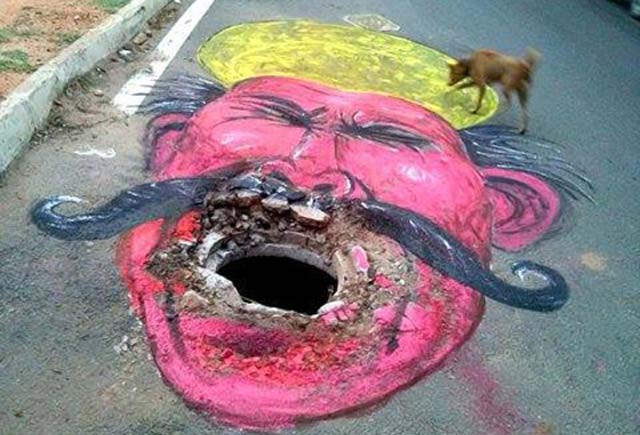 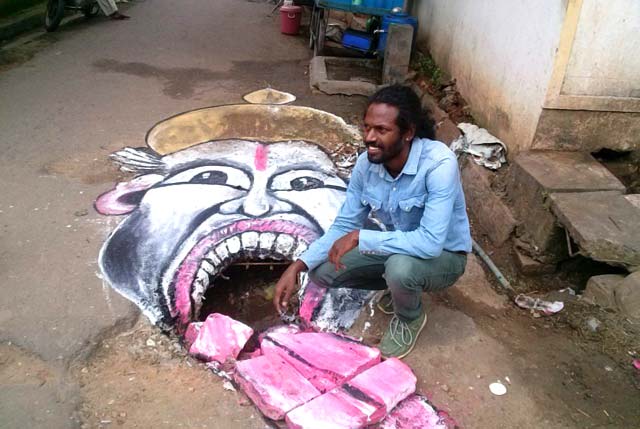 This one, Nanjundaswamy put the face of Yamaraj( (The Hindu God of Death), with the mouth directly over a large pothole. The authorities quickly saw the “death trap” for what it was, and took swift action fixing it. 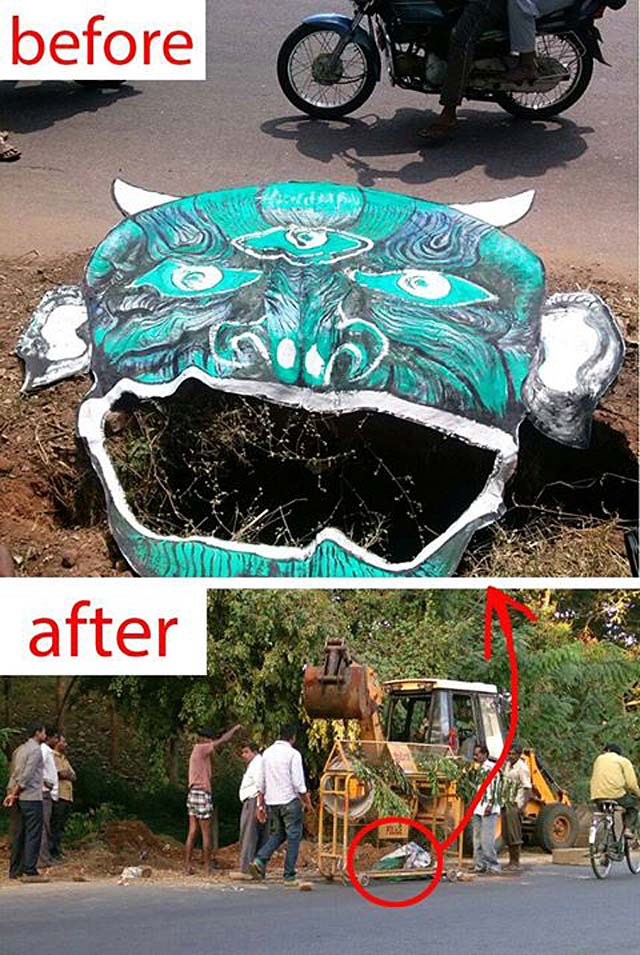 Hats off to you, Baadal! The world needs more artists like you.