Matt McMullen believes in the power of silicon adult companionship. Being the creator of The RealDoll, a high-quality life-like silicon love doll, he has sold over 5,000 dolls since their release in 1996. the dolls range anywhere from $5,000 to $10,000, and buyers can customize aspects of the doll from body type, face, and hair color, to makeup, nail polish, eye color, and even pubic hair trimming.

Now, McMullen is gearing to raise the bar of love dolls even higher by giving them a personality.

He introduces his brand-new project RealBotix, which adds a comprehensive and convincing AI to the doll, giving them the power of realistic communication, the ability to think for themselves, all the while satisfying their owner’s physical needs. “The goals is to arouse someone on an emotional, intellectual level, beyond the physical,” he says.

At present, McMullen and his team are focusing on developing the AI with a customizable personality program, as well as realistic movements of the head, eyelids, and mouth. There are also developments or mobile applications and an Oculus Rift integration that can be played alongside or separate from the physical doll. 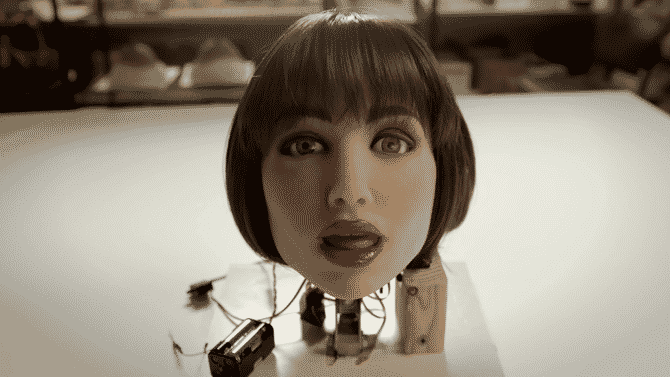 The biggest challenge McMullen faces now is what’s called the Uncanny Valley. It’s a reflex we humans have that when we are faced with life-like robots, the closer the robot resembles a real human being but doesn’t quite get there, the higher the level of revulsion we have to it.

“You can look at the best o my dolls, and you can still tell that it’s a doll, and I want to keep in that arena,” says McMullen. “A moving doll is completely different from… a completely detailed, down-to-the-finest-skin-pore copy of a person, for me, is a little bit off-putting, and that’s the uncanny valley.”