Most of the time, Lifetime channel takes itself very seriously. In fact, it took itself so seriously, it decided to create a parody movie starring Will Ferrell and Kristen Wiig — and have them play it completely straight. 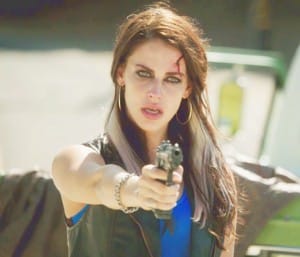 In this “high-stakes dramatic thriller”, Wiig and Ferrell play a couple, a workaholic organic farm owner and and a struggling writer living an idyllic life, picture perfect life in a small town next to a mysterious lake, raising their diabetic daughter. They welcome Bridget(Jessica Lowndes), a buxom and very pregnant young lady, into their home with the agreement that they’re to adopt her baby upon its arrival. However, things get darker and darker, and beneath the seemingly innocent exterior of their guest, the family could very well fall apart and lose everything — and each other. (dun-dun-DUUUNNNNN!!!)

Viewers finally got savvy to the smarts and campiness of the movie as it aired Saturday night. All the tropes that make up a Lifetime movie were practically not just present, but highlighted, underlined, and set up in bright shiny lights. and the best part of it all is the comedy wasn’t done over the top and pointed out in a painfully obvious way, but played absolutely straight, like it was nothing out of the usual.

Viewers took to Twitter, and made #ADeadlyAdoption the top trending tag of the weekend.

I see what you did there, Lifetime.

First I thought #ADeadlyAdoption was the worst trash in history… now I see it for the genius it is. Such fricking satirical brilliance.

Its infamy could possibly be one for the books (or the download folders. I dunno.)

Fans were torn up: who exactly was the better performer? Kristen…

Kristen Wiig is a superior dramatic actor to Will Ferrell. I can’t take him seriously. #ADeadlyAdoption

Bravo Will on #adeadlyadoption. It was like, really funny but for all the wrong reasons

Both. Both are good.

Slow clap for Will Ferrell and Kristen Wiig. You did it guys. You did it, whatever this was. #ADeadlyAdoption

Moms know…they just know when their family is about to get murdered at specific bridges. #ADeadlyAdoption

Are you sure we’re on the right show? ‘Cos I’m pretty sure we are.

#ADeadlyAdoption, a two-hour long SNL skit where no one breaks.

And that ending. OMG, I can’t even.

So someone tried to kill us? Dance party. #ADeadlyAdoption

Watch the Lifetime trailer below: