Dogs Will Snub People Who Are Mean To Their Humans...

We all know the phrase “Love me, love my dog”. However, be mindful not to cross this if you’re the type who wants to keep seeing your ex’s dog, because you could find yourself getting down on your knees and begging for mercy from the pooch more than the person.

A recent study in Kyoto University shows that dogs will snub and refuse any offerings given by a person who was mean to their owner, and were more likely to take treats given by a neutral person. 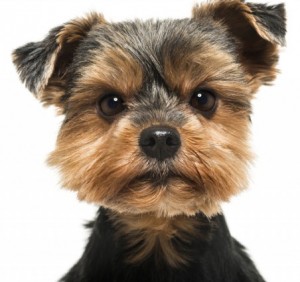 “We discovered for the first time that dogs make social and emotional evaluations of people regardless of their direct interest,” Kazuo Fujita, one of the researchers, shared with AFP. “This ability is one of key factors in building a highly collaborative society, and this study shows that dogs share that ability with humans.”

After having the dog watch these interactions, the two strangers then offered the dog some food. for dogs in the first situation,they were more likely to accept the food offered by the neutral stranger than the one who refused to help. or the other two roleplay scenarios, there was really no remarkable difference on which person the dog accepted the treats.

This result proved quite fascinating for the researchers. they explained that if the dogs acted out of self-interest, they wouldn’t be particularly picky about ho they chose to take treats from. This sort of behavior isn’t seen in human children until they reach three years old, and is even rarer in the animal kingdom.

“There is a similar study that showed tufted capuchins [a monkey native to South America] have this ability,” shares Fujita, “but there is no evidence that chimpanzees demonstrate a preference unless there is a direct benefit to them.”

Chocolate Can Now Be Tastier & Healthier, Because Science