This year, it seems lost toys are going on grand adventures of their own to look for their beloved owners, and grown-ups of all shapes, sizes, and walks of life are there to help them every soft-padded step of the way.

Last Saturday, a distraught mother, Amanda Lake, phoned in to the Tampa International Airport’s Lost and Found department. Her six-year-old son Owen had lost his favorite stuffed tiger, Hobbes, as he and his family traveled to Houston. Was there any way to get Hobbes back to his owner? 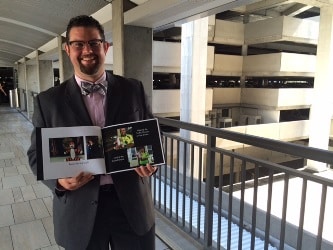 The airport responded right away and set hundreds of its employees in motion to find the stuffed toy. A member of the janitorial services crew found Hobbes near the children’s play area at Airside C and sent it right away to the Airport Operations Center. Tony D’Aiuto, the AOC manager,  thought: while waiting for his owner to come back for him, why not give Hobbes a tour of the place?

“I pitched this idea a couple of months ago after I saw a similar idea where someone took a stuffed lion around a museum,” D’Auito shared. “This seemed like the perfect opportunity.”

Above, we see Hobbes looking out on a cloudy day, predicting a brief rain shower. Let’s look at more photos from his adventure:

A coupon code for Walgreens’ book-binding service was all it took to give Hobbes’ escapade the finishing touch. D’Aiuto left the photo book together with Hobbes at the Lost and Found department, waiting for Owen’s family to come pick them up on a return flight to Tampa on June 11. AOC Manager James Parker happily presented Owen his stuffed tiger together with the photo book documenting the highlights of his toy’s antics. 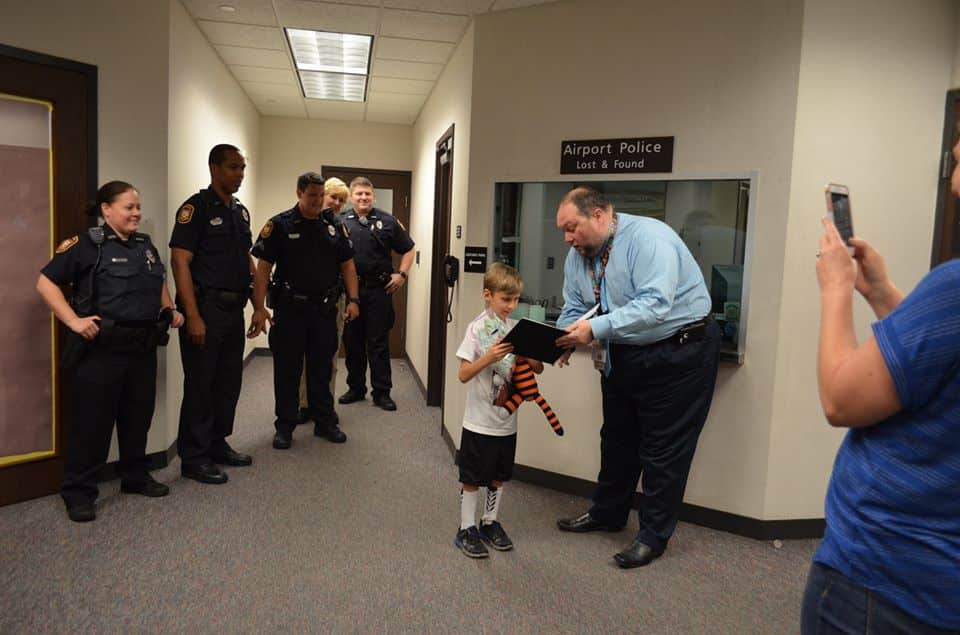 “Thank you to everyone at Tampa International Airport who took such great care of Hobbes. It was such a nice surprise.”