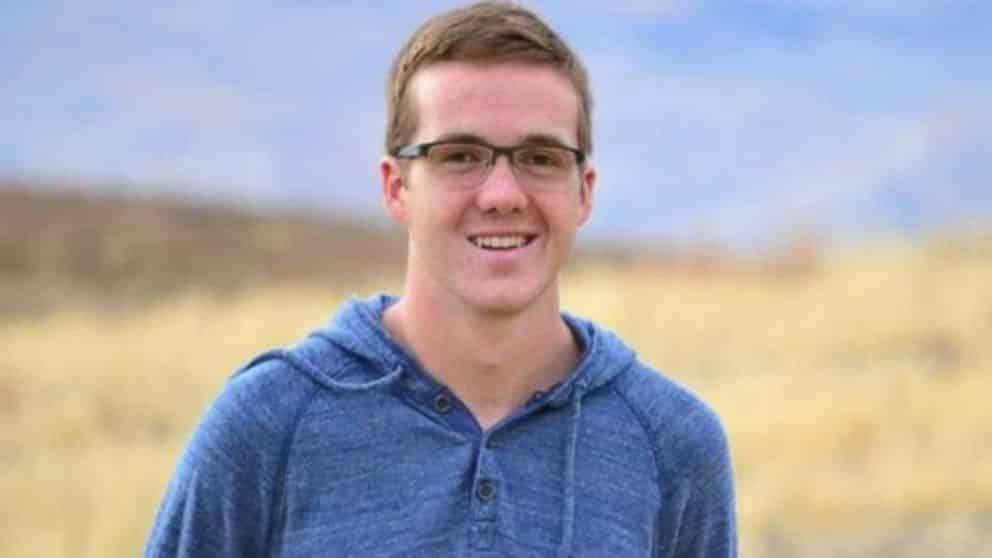 Recently, there has been so many stories of high school bullying and suicide. The reality is, high school can be a very tough time for young adults discovering who they really are. One student decided to do something to help make the days a little brighter for every student at his school.

Konner Sauve of Arizona’s East Valley High School decided to create an anonymous Instagram profile. On it, he featured an individual picture of every student at his school with a caption saying something nice about them. All 657 of them.

Rebecca wiseman Our wonderful horse rider!!! You may be extremely quiet, but you are so wonderfully sweet and generous to all those you meet. You work hard in your classes and try to push your limits towards success. You are so beautiful that it is amazing to see you work so hard at what you do. You know how to train hard in order to get the success you want in horse riding, so apply that work ethic to all aspects of your life and you will soar like an eagle darlin’! Be amazin, be wonderful, and be strong!

Sauve’s Instagram project took the span of the school year. Known only as @thebenevolentone3, people began to speculate who was behind the photos. He finally admitted his secret to a few friends, but otherwise it remained a mystery. At the end of the school year, he was named his high school’s valedictorian. So, he decided graduation would be the best place to reveal that he was behind the uplifting Instagram profile.

After finishing his rehearsed and approved speech, he decided to continue on and tell the student body his big secret. He finished his speech to a standing ovation, reminding us all that there is still good in the world.

With his generous actions going viral, Sauve spoke to a local news station about the project.

“So the idea came to me last mid-August while I was in the car listening to music in the backseat with my parents on our way to vacation to the Oregon coast. I was thinking about my upcoming senior year and how busy it was going to be, but I was reflecting on my past years of high school and the hardships I have had to face, but it made me realize that so many others face hardships too and sometimes they are unnoticed because people conceal their problems from others. So I wanted to make an impact in order to recognize people for who they are and how AMAZING each one of them deserves to feel. I knew that by supporting them with positive encouragement it would be able to impact them in some way to keep chugging through high school. I just wanted to be able to look past people’s mistakes and have people see that there is more to people than what their past may try to define them as.
In the beginning, it was two weeks of summer break left before school started so by the time school came around in early September 2014 people were trying to figure out who was behind it, and people definitely had their suspicions. Some thought it was me, in fact that night I started it on vacation was the same night I got messages asking if it was me, but I played it off in order to keep it anonymous. Only three close friends figured it out that I admitted to them, but they kept the secret the whole time.
I revealed myself during my graduation speech at the end, which the revealing part was unapproved by the school administrators meaning at the “end” of my regular speech I then continued on unscripted to the administrators in order to reveal myself. People always kept asking when it was going to be revealed and I wanted to do it when I knew a lot of my classmates would be there in order for the ones who don’t have social media to at least go online and see their own post. When I revealed myself I saw my fellow graduates pointing and some stood up, it got super loud for a second after I admitted to being @thebenevolentone3. It was a nice way to close the chapter to high school and my senior year and then continue on towards the next chapter of my life.”

This extra generous teen plans on going to Gonzaga University and pursuing a career in the medical field.

Together with the fireworks for the Independence Day weekend, the latest explosive Hollywood news involves no one else but the controversial Kanye West. The famous celebrity has revealed his plans for a presidential run. Originally planned for 2024, he has stated that he is actually going to run for the 2020 Presidential elections in November. The… END_OF_DOCUMENT_TOKEN_TO_BE_REPLACED

Recent trends have reported that K-pop fans in the US are getting mixed in with current issues in politics. K-pop fan communities are using online platforms to rally up and protest against racism in the United States. In support of the #BlackLivesMatter movement, the online K-pop community has come together in protest. Never has it… END_OF_DOCUMENT_TOKEN_TO_BE_REPLACED