Celebrities are taking the body positivity movement to the red carpet, much more specifically with the issue of body hair and shaving norms. 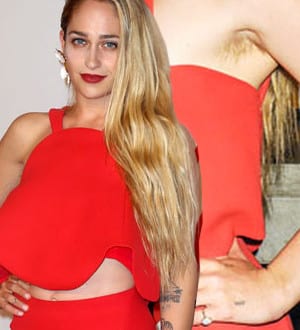 Recently, Jemima Kirke of Girls fame flashed the paparazzi with her underarm fuzz on the CFDA red carpet earlier this first of June. Her au naturel look earned some cringes at the prestigious fashion event, but the bold move has become part of a growing question on women’s choice to shave or not to shave without ridicule.

This has inspired a number of regular folks to also take body autonomy into their lives and homes. Katherine Anne True, a mom and a registered nurse in Raynham, Massachusetts, recently showed off her 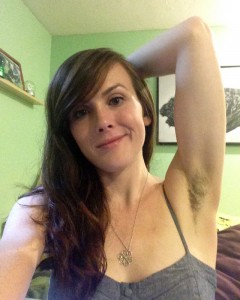 underarm hair on Instagram. the move was met with cringes by her 5-year-old daughter and 9-year-old niece. “I started it a few months ago before I knew it was a trend,” she says. She prefers to stay with her natural color while others opt to dye theirs in funky shades. “When the girls told me I ‘had to shave those’ and were grossed out it was kind of startling that these gender stereotypes were already so ingrained at these ages,” she shares. “I do it, or rather don’t do it, for me but also as a reminder to my daughter that it’s up to the individual what we decide to do with our bodies.” For her efforts, her daughter now is unfazed, but her niece insists the hair needs to go.

Other celebrities have also begun sporting fuzzy underarms in public, on print, and online. Lady Gaga has once ordered underarm wigs and a merkin worn over her 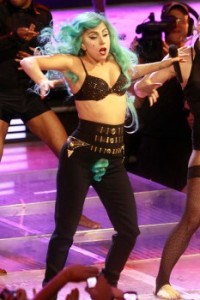 clothes dyed to match her luscious teal wig at a concert. Miley Cyrus also showed off her hot pink pit hair, and posed for a shoot with Papaer Magazine in her more natural-colored underarm locks.

“I think the reason more and more women are using social media to show off their body hair choices is connectedness,” says Maria De Russo, a beauty editor for the millennial-focused fashion, style and beauty site Refinery29. “Since the idea of women having body hair is not considered the ‘norm’, women who feel that it is their norm are likely attempting to make connections with other women who feel the same way.”

The underarm hair trend may not be going anywhere for a while, but if there’s indeed a statement to be made, De Russo says it’s this “What one woman decides to do with her body hair is her business, and hers alone. For plenty of women, it’s just hair.”