The Supreme Court of the United States of America is revving up for another briefing to present opinions and hear four new cases on same-sex marriage this coming Friday. This would be the day SCOTUS could rule “on the power of the states to ban same-sex marriages, and to refuse to recognize such marriages performed in another state.”

Long story short, this could be it. The Big One. The Thing Ruth Bader Ginsberg grinned about. Same-sex marriage could become a constitutional right by the end of June. 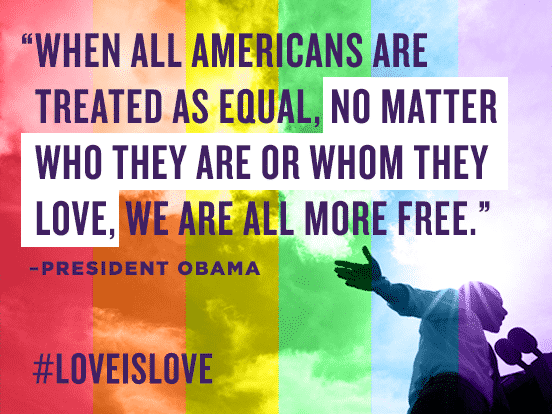 As a matter of fact, it’s so big, even its opponents are convinced it will undoubtedly push through. Earlier Tuesday, hundreds of same-sex marriage supporters and groups gathered outside the Supreme Court to celebrate the what they felt would turn out to be a major victory as the oral arguments for the gay marriage case Obergefell v. Hodge went underway. A handful of anti-same-sex marriage groups also attended, including representatives from the Westboro Baptist church, but the looks on their face seemed to say they were resigned that their pro-marriage-equality opponents would win the day.

However, a number of leading GOP representatives are vowing to thwart any pro-marriage-equality decisions the Supreme Court may declare by the end of June. Former Senator Rick Santorum, Former Arkansas Governor Mik Huckabee, and Senator Ted Cruz have darkly foreboded that they have no plans of “honoring” an “adverse” SCOTUS decision, and have even called on people to enact civil disobedience, or questioned whether the court has the jurisdiction to make this kind of decision in the first place.

“If the court tries to do this it will be rampant judicial activism,” Ted Cruz said at an IOWA campaign stop earlier this spirng. “It will be lawlessness, it will be fundamentally illegitimate.”