Photo of a Raccoon On an Alligator Goes Viral

A few months ago, the internet chuckled and memed itself silly over this perfectly-timed snapshot of a dynamic weasel-woodpecker duo sailing through the skies. How about something wetter?

Oh, you know, like a raccoon hanging out with an alligator out on a marshy swamp, just regular animal behavior, no big deal. 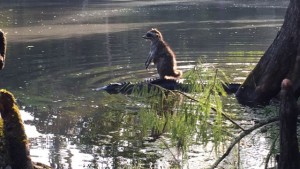 Richard Jones and his family decided it would be a great day to go hiking in the lushness of the Ocala National Forest in Florida last Friday. All it took was being at the right place at the right time for Jones’ son to snap this photo of a racoon. Dad explained that his son may have startled a raccoon, causing it to jump on the nearest thing it could find.

Oh, a fallen log — what could be more harmless? Then the log started swimming away, bubbles coming out from one end in the water, and pretty soon, opening its eyes. Ah.

And then the shot happened.

“I snapped a lucky picture right when the gator slipped into the water and before the raccoon jumped off and scurried away,” Jones wrote in an email to WFTV. “Without the context, you’d think the raccoon was hitching a ride across the river. Pretty amazing.”

Th image soon gained viral status after Redditor moeburn posted it on the site. There aren’t any signs the photo has been given the meme treatment yet on social media, but we’re hoping to see some pop up anytime soon.

In the meantime, here are a few other memes starring the twosome:

It isn’t the first time someone’s hitched a ride on a gator. 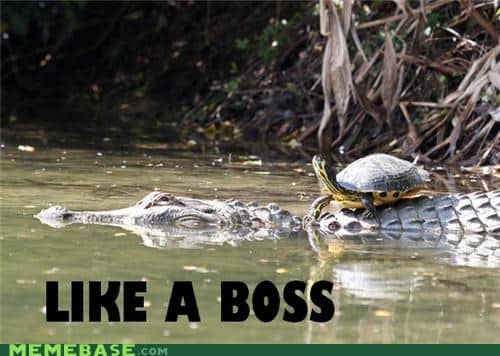 It feels pretty, oh so pretty. 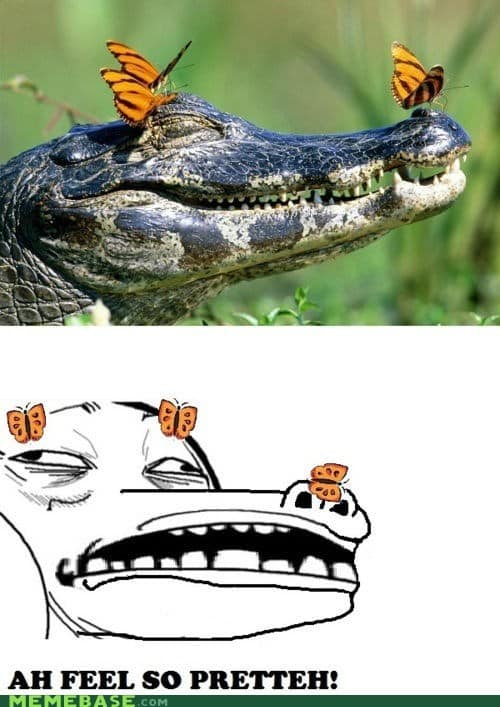 Don’t let a racoon anywhere near a computer! … Or maybe, do. 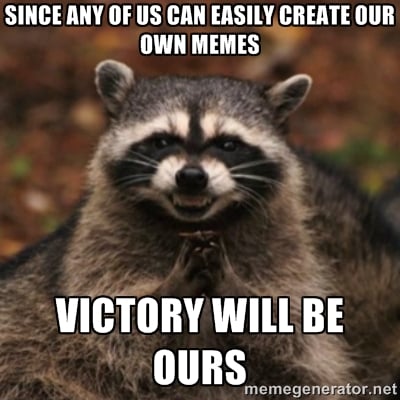 White House Tantrum Goes Viral, And The Memes Are Plentiful