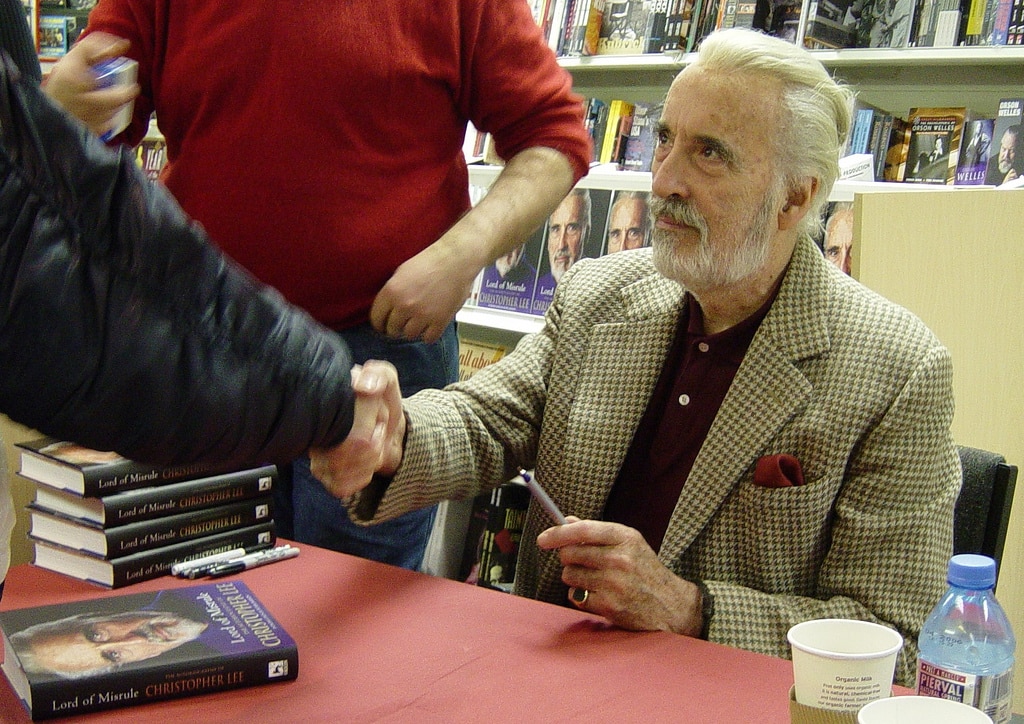 Sir Christopher Lee, one of the most recognizable villains in the world of entertainment, has passed at the age of 93. For this generation, he is best known for his role as Saruman, but he has brought us more than that. While his roles show a hard, tough act, he was a softer guy in real life – that’s straight from the horse’s mouth.

The world has lost another great actor, but for his friends, colleagues, and family, they have lost a piece of the puzzle that is their lives.

Celebrities have not been shy to express their feeling about the death of Sir Christopher Lee. Fans have shown how he has impacted their lives. Here are some of the tweets that stood out the most in my book.

I seriously can’t believe that Neil Gaiman hadn’t met Sir Christopher Lee, for indeed, his performance as the Earl was an awesome one.

I wish I'd met Sir Christopher Lee. I was so lucky & proud to have had him play the Earl in @BBCRadio4 Neverwhere. Great actor, great loss.

This is one of my favorites, although I can’t really explain why, you probably get it.

One of the best things that can be said of a person. And I think nary a soul would disagree.

Lives he had changed, even though through his fictional characters…

Lives can be changed through fiction. #ChristopherLee changed us with his examination of power in all its forms. RIP pic.twitter.com/oFEXJhMFp9

Nothing else matters besides this right now: #ChristopherLee has passed away at 93 #RIP pic.twitter.com/DSDHc04PhR

RIP Sir Christopher Lee. This is how we’ll remember you. You did it your way.