Professional stunt biker Tyler Fernengel has just made a memory, one that will most likely never happen again to any other athlete of his caliber.

You’ve got to admit, Fernengel has got skills. Skills he’s put to good use as he rides and skates through moss-overgrown rooms, abandoned halls, and the ruins of a stadium in honor of the Silverdome, Detroit’s historic and once-greatest sports arena. 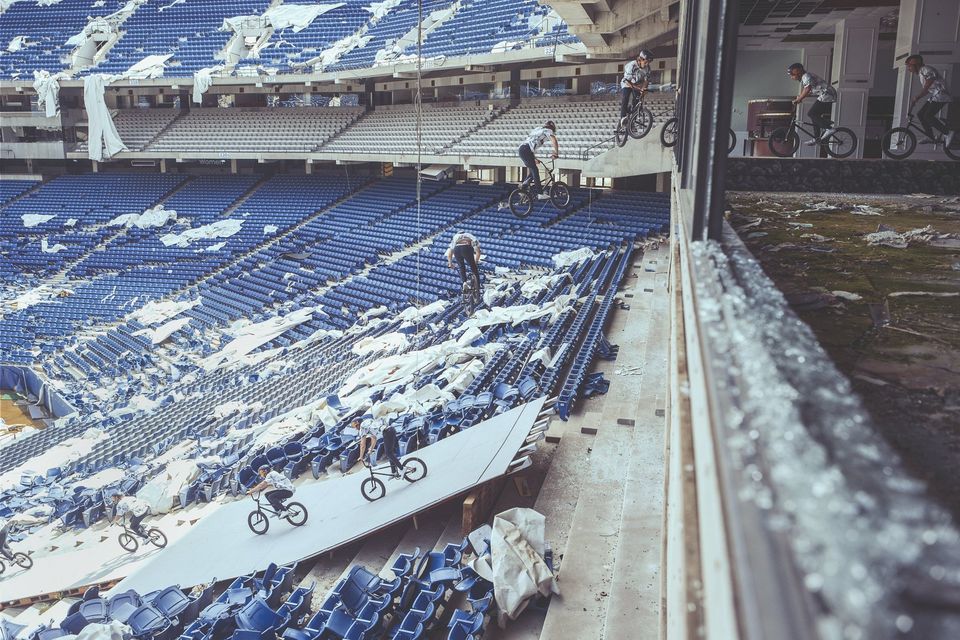 The Silverdome is as historic as it is immense. It was once what the Detroit Lions called home, and it housed many noteworthy sporting events — World Cup soccer games, Supercross, and Wrestlemania III. It also stood witness as thousands of cheering fans stood witness to Hulk Hogan as he momentously body-slammed Andre The Giant. Now, the structure has closed down in recent years, and fallen to disuse, disrepair, and dilapidation.  Though in the eyes of many, it is not long before its walls and seats are torn down to make way for newer structures, Fernengel scans its entirety beneath the tires of his bike and sees what not many other people see: opportunity, adventure, and one of the best bike courses any biker of his ilk could wish for. 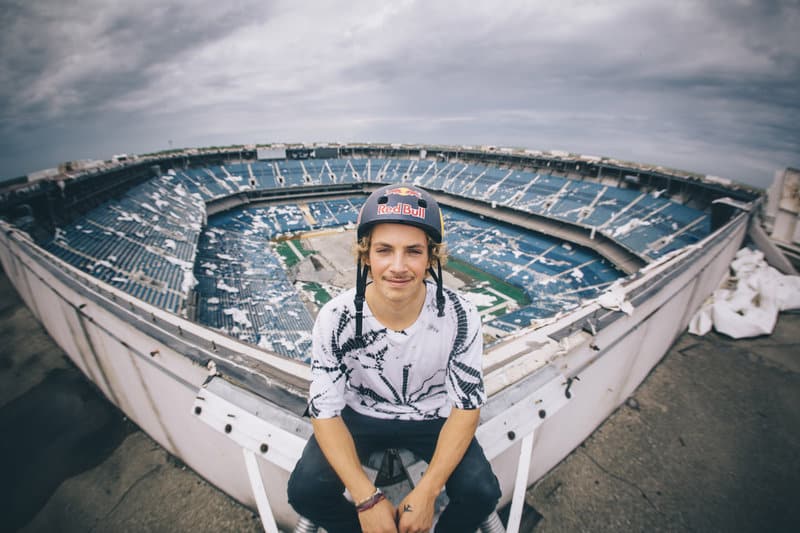 The video, courtesy of Redbull, sees the 19-year-old Michigan-based biker careening through echoingly empty concessionaire halls, slidding down stair handrails, and launching into the ether from the stadium’s upper observation boxes. Silverdome itself holds a special spot in Fernengel’s heart.

“The last time I was inside the Silverdome was nine years ago — at the last amateur Supercross race I attended when I was 10,” he shares. “When I showed up to scope for the shoot, so many memories were coming back. Just sitting in the tunnel — where you come out on the track and where the players would run out — I remembered sitting there, years ago, with my dad and all the other kids. It brought back a lot of good memories. Being out on the field, it was crazy to think that there once was a motorcycle track there, every year, with all the fans, but now it’s nowhere near the same — it’s like a war zone.”

Motorcycle Surfing Will Leave You Breathless