Ice cream giant Ben & Jerry’s is not one to shy away from making statements with their ice cream, and how. From salient issues such as LGBT marriage rights and even marijuana legalization, the company is now making a step forward in the name of Planet Earth — and they’re saying it with a pint of brand new ice cream flavor. 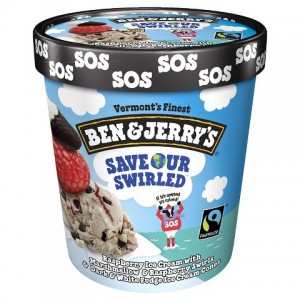 Meet Save Our Swirled, their tastiest call to action as a way of raising awareness and encouraging people to demand change from world leaders way ahead of the Paris Climate Summit happening in December. The company has teamed up with Avaaz for this campaign, and the goal?  that international leaders work towards 100% Clean Energy by 2050. That’s a tall order, but Ben & Jerry’s certainly feel it’s something possible.

“If it’s melted, it’s ruined!”, so goes the slogan for Save Our Swirled, which is pretty much the same case for our little blue planet if we don’t take care of it.

But that’s not all: Ben & Jerry’s has also teamed up with Tesla Motors to create an emissions-free, retro-fitted ice cream vehicle. With this, they also aim to tour around the US to collect as many signatures as possible for the petition addressing climate change in hopes of delivering it to world leaders right before the summit in Paris. 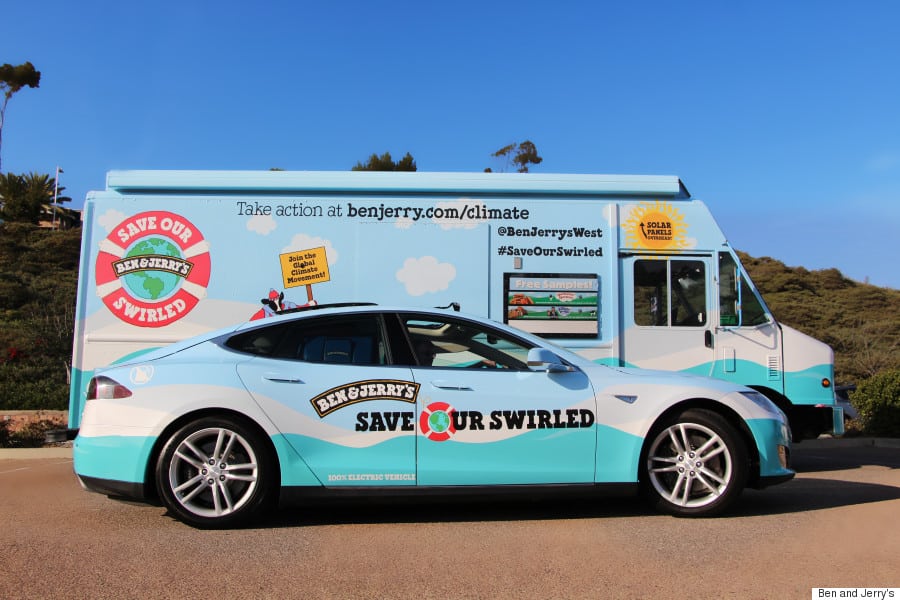 “This issue is so important, people need to be willing to get into the streets,” Jerry Greenfield, co-founder of Ben and Jerry’s, says. They’re no strangers to this, as many of their employees took to the streets of New York last September for the People’s Climate March with banners and a large ice cream cone with a melting planet earth atop it.