ISIS Rookies Complain Suicide Bombing Lists Are Too Long Due...

Being a newbie in ISIS seems to come with its fair share of issues. Well, duh… Newcomers to the terrorist group are making their complaints known. It seems there is a strong case of nepotism when it comes to who gets the coveted suicide missions.

The new ISIS fighters claim that the wait lists for suicide missions is extremely long because of the favoritism for the leader’s family and friends.

So, wait they are mad because they have to wait to die?

The complaints seem to be coming mainly out of Syria. In fact, some Syrian ISIS fighters are so upset with the long waits that they are making the journey to Iraq, where apparently the wait is much shorter. One Pro-IS cleric spoke out to Radio Free Europe and explained about the written complaint.

He tells the story that one man told him about a fed up fighter.

“Amir Akhmed al-Shishani told me about a young lad who went to Iraq for a suicide mission, and he went there because in Sham (Syria) there is a very long queue.”

The young man waited for three months in Iraq before returning to Syria and complained about the wait.

The cleric also talked about how other nationalities are chosen quicker as well, because they are considered prized in ISIS. 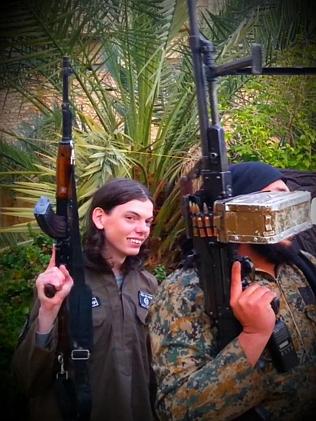 The Australian reported on Melbourne teenager, Jake Bilardi who was on a waiting list with 11 other hopefuls. He wrote on a blog, “waiting for my turn to stand before Allah. There is a “current waiting list of 12 martyrdom bombers, of which I am one”

Unfortunately, he got his chance in March.