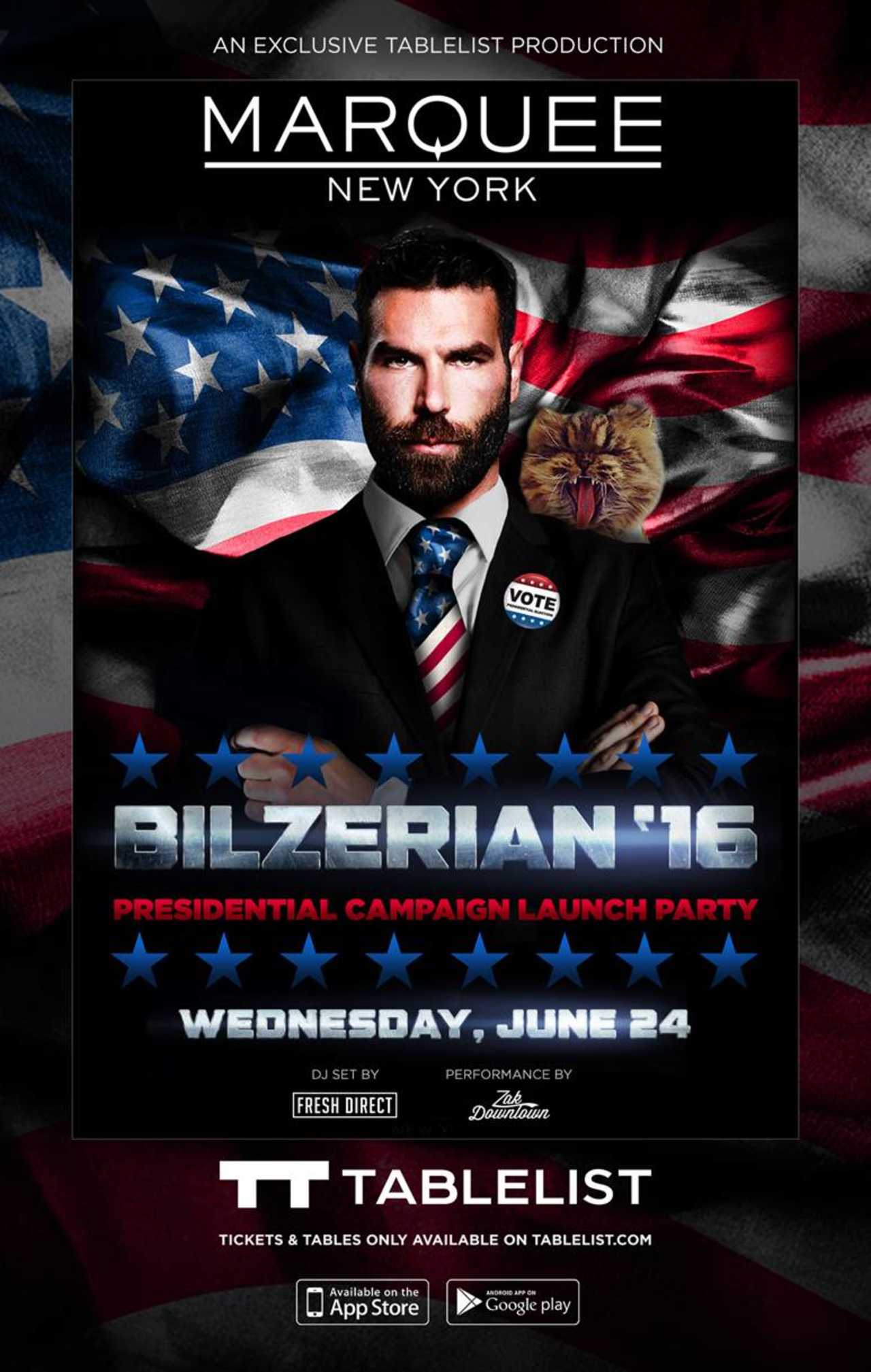 Yes, he may be an expert when it comes to being a millionaire and picking up women, but we don’t think he would make a very good leader of the free world.

So, how did Bilzerian get to this point? Well, the #KingOfInstagram attended this year’s White House Correspondent’s dinner. He even played a game of poker with presidential hopeful, Rand Paul. He must of liked rubbing shoulders with politicians, because now he wants to become one. Or maybe he is scared his reign on Instagram is coming to an end. (Cough, Tony Toutouni, cough)

Bilzerian will make an official announcement on June 24 in only the way he can, a huge party at an elite New York nightclub. Want to be there for the history making, you can buy your tickets here. Or maybe you can’t make it to the big party. You can alway visit Bilzerian2016.com to pick up a t-shirt or tank top to wear your support.

It makes us wonder if Bilzerian’s fellow millionaire and competitors for the social media throne will want in on the action.

Yes, we realize that Bilzerian does not have a shot to be taken seriously as a presidential candidate. This is all probably part of a publicity stunt, that worked perfectly.

Yet Another Billionaire Playboy Strives To Be #KingOfInstagram