Famous Anchorman Dan Rather Tries To Figure Out Modern Internet...

For those unaware, Dan Rather is a classic anchorman who had been delivering news to the masses for years and years. Definitely from an older generation, someone thought it might be a good idea to get him to try to figure out modern internet slang, and boy, were they right. This is both awkward and hilarious. Hilariawkward would be the word I think. 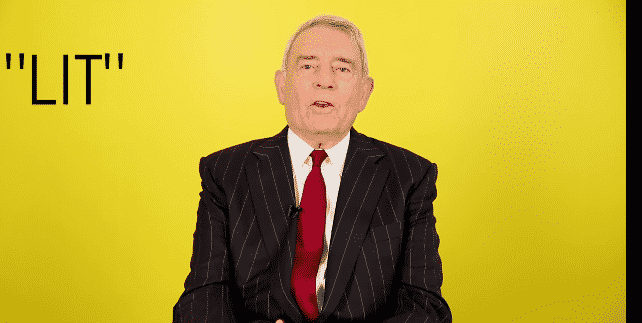 It is like watching a young kid trying to read and understand Shakespeare. It is equal parts hilarious and kinda sad. God bless him for having the right attitude and giving it a shot, though. And I would say he did pretty good considering in some social circles, men of his age are already considered dead.