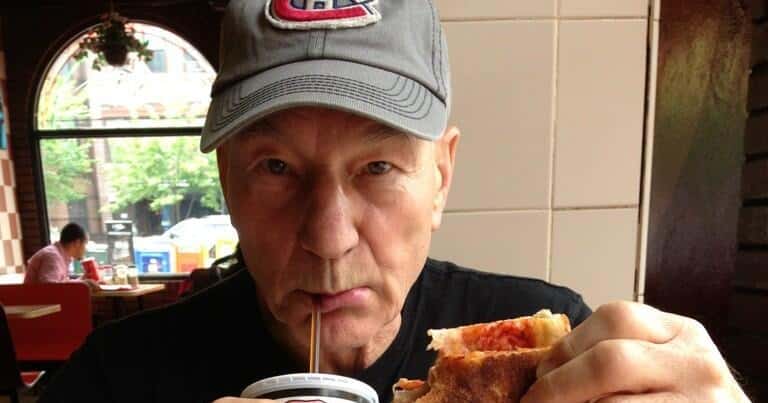 Have you really eaten pizza if you don’t eat the crust?

This random question was posed to the Twitter world by Sir Patrick Stewart. The actor is currently on vacation and stopped to enjoy a pizza in Rome, Italy. Stewart and his companions completely demolished a pie, but left a mountain of crusts, which led to this snapshot.

Have you actually eaten pizza if you don't eat the crust? Discuss. pic.twitter.com/thKoTpIP2i

Stewart’s status led to a lengthy discussion of whether to eat the crusts or not.

The majority opinion seems to be no. The crust is the backbone of any good pizza and it must be devoured.

@SirPatStew Sure, but inhuman monster would not eat the crust?? People have started wars for less. Politicians have lost elections for less.

Others disagreed. They believed that the best part of the pizza was gone, so it definitely counts.

@SirPatStew of course! I never eat the crust. Unless it's filled with cheese. But then is it really crust?

OF course, many pointed out the precense of a knife and fork, calling out Stewart for not properly digging in with his hands. Stewart was quick to point out that he wasn’t using the silverware to eat his slices.

In America, it is normal to eat pizza with your hands. But, in many countries it is polite to use a knife and fork, even in Italy. So, Stewart wouldn’t be that weird if he was indeed using the cutlery to enjoy his pizza.

The debate that has started because of this one tweet is pretty hilarious and shows just how powerful Twitter can be. The Internet is full of opinions and it seems they are sharing them all.

So, with such a deep conversation going on, we have to ask. Do you eat your crust?

Great, now we have a craving for pizza…