Man Calls Suicide Line, They Show Up And Kill Him

Justin Way was in very bad shape. He was having a mental breakdown, only exasperated by feelings of helplessness and hopelessness. He was growing more and more despondent and at one point, finally seemed like he was going to hurt himself by holding a knife to his own neck. In an act of bravery his girlfriend called (a non-emergency number) and informed them of the situation. Thinking she would get Justin help, she sat back and soothingly talked to him and tried to remind him that everything was going to be okay. He had lost his job and had a really bad run, and was lost in many ways. It started to seem like Justin was understanding this and coming to his senses.

Then the cops showed up and killed him.

The family says it sounded like a war, bullets flying. They ran in and see Justin shot to death on the ground. In shock, they ask what happened. “He wouldn’t drop the knife.” Keep in mind, he did not run at them or act aggressively. He just didn’t drop the knife so they shot him a bunch of times. 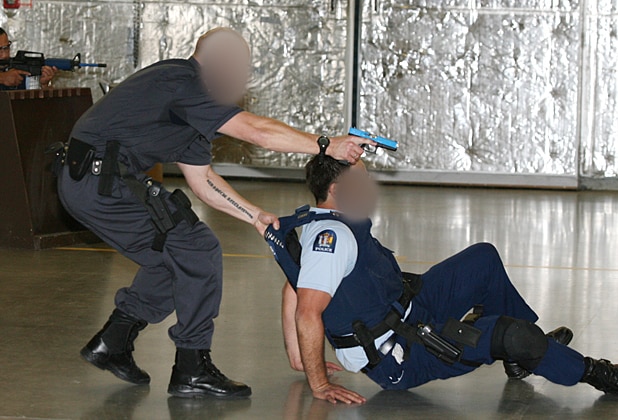 So just talk your friend out of it next time. Cops aren’t always the best answer.