Some drug dealers in Southern France are doing what they have to do to keep up their sales, even passing out loyalty cards. Basically, when one makes a purchase from this certain dealer they will receive a rewards card. Complete with a product list, hours of operations and a thank you message, the cards are turning a few heads. The move seems odd for illegal activity.

The card is like something you would receive at a coffee shop or ice cream parlor. You know, buy three and get one free. These cards have ten unstamped squares. Once a buyer fills up the boxes with stamps, he will receive a discount on his next purchase. 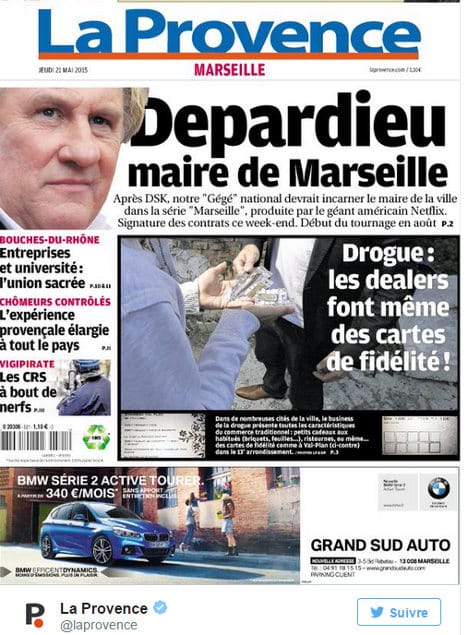 This drug dealer certainly has some cajones to pull such a brave stunt. In fact, he talked to a local paper about his business venture.

“It went around on the internet and got a crazy buzz going,” the dealer said. “Now everyone’s coming to the neighbourhood to see it with their own eyes.”

While this is a clever ploy, citizens are not amused. Many have begun a protest, but it doesn’t seem to have much power. The drug trade is a huge problem for the southern port city of Marseille and loyalty cards just seem to be fueling the fire.

But hey, you gotta save money where you can…