A Sweet Campaign To Put Little, Free Libraries In Police...

I am sure you have heard of “little free libraries.” They have been popping up everywhere and seem to know to make everyone smile. They almost look like little mailboxes, but they have clear windows and are filled with books. These are placed in locations so people can help themselves and grab a book when they are feeling blue or need something productive to pass the time. The creator of the project, Todd Bol, has actually begun trying to get them placed in and around various police stations. His thought was, it will not only be a great thing for the local community, it will also bring some sunshine and light to the tattered police rep as of late. 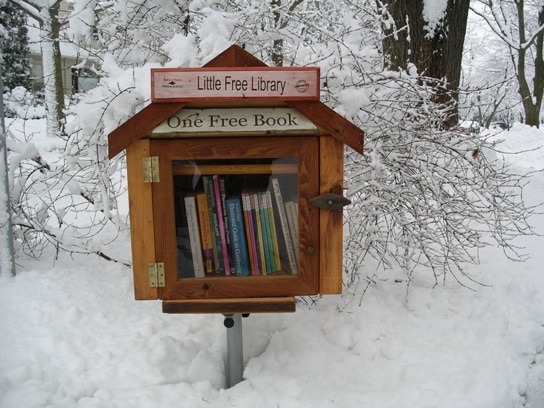 Normally called LFL, libraries for learning, these police specific libraries will be called LFU, which means libraries for understanding. More about the people involved in that scene understanding their situation better, which will, in turn, help them and their families. It is such a simple gesture, but that gesture itself is what makes it so profound. Connecting and educating humans, free of charge.

Makes you wonder where these amazing LFL will pop up next.