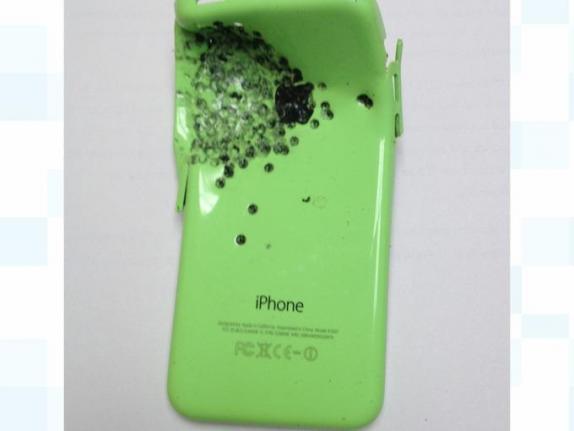 One British man should be thanking his lucky stars for the creation of the iPhone. Instead of murder charges, Ryan Duggan is charged with attempted murder after shooting a man. The crazy part, authorities say the man only survived because of his iPhone.

The 25-year-old victim was attacked in October of 2014 after he approached a group of teenagers that had shut off the water supply to his apartment. As he approached them, Duggan shot him with a sawed-off shotgun. Fortunately, the victim’s iPhone absorbed most of the bullet’s damage. Speaking after Duggan’s trial, local authorities say the iPhone in the man’s pocket is the only reason the man is alive.

“Fortunately, the victim’s mobile phone took the brunt of the shot and, as a result of this, he survived. This is remarkable — had that phone not been in his pocket at that time he would undoubtedly have died,” said Cheshire Police Detective Inspector Gary McIntyre.

The detective also shared the status of the victim, who is still in the hospital. Duggan’s victim will need a large amount of rehabilitation and recovery time.

Duggan was arrested after police found the weapon wrapped in bubble wrap in a bush. His sentencing is scheduled for July 10.